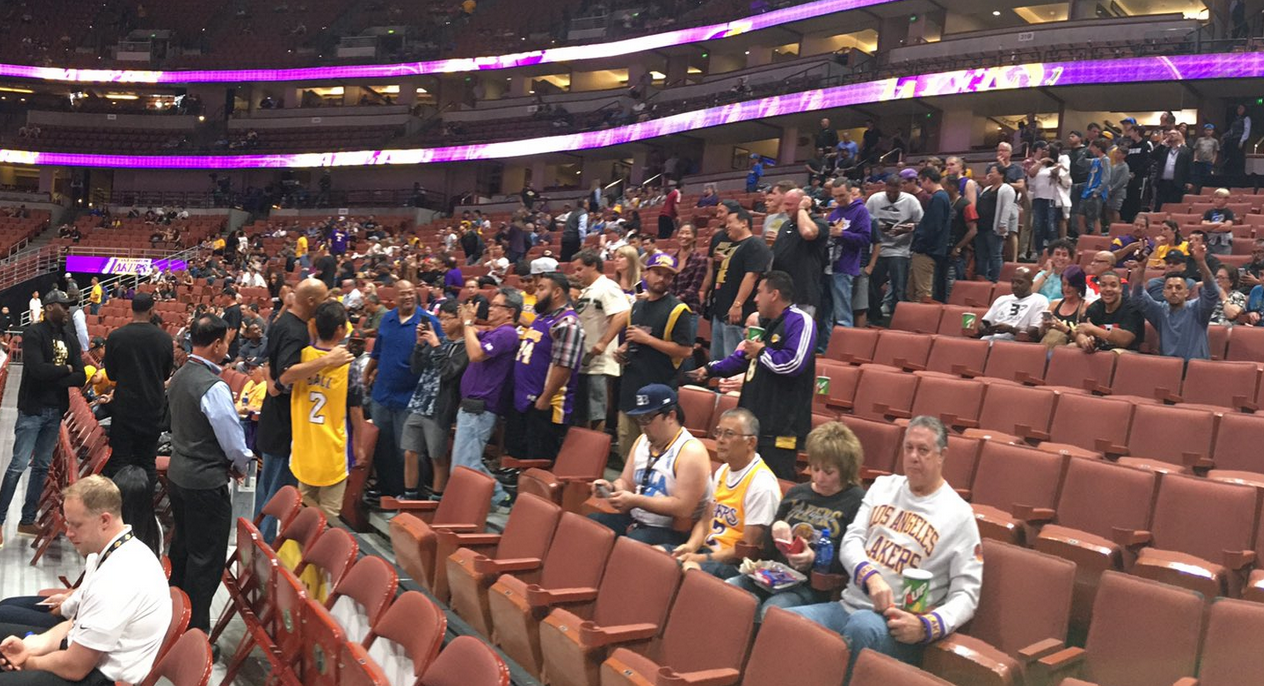 The Lakers hosted the Timberwolves in the team’s preseason opener at the Honda Center on Saturday, and for some reason, some fans seemed to be more infatuated with meeting LaVar Ball than watching the players warm up before the game tipped off.

Ball drew a small crowd of fans who lined up in the aisle just to meet him. He wasn’t signing memorabilia or anything, they just wanted to say hello.

You can see what the scene looked like in the video below, just to confirm that yes, this actually happened.

The line to meet LaVar Ball at the Honda Center. pic.twitter.com/wHDFVDtXPe

In 33 years of being involved with the NBA…I have never seen a line to shake the hand of the father an NBA player. #BigBallerBrand pic.twitter.com/pSUmyklrhF

With Lonzo’s career now officially underway, just wait until he and LaVar start holding private autograph signings. The line will likely be out the door.