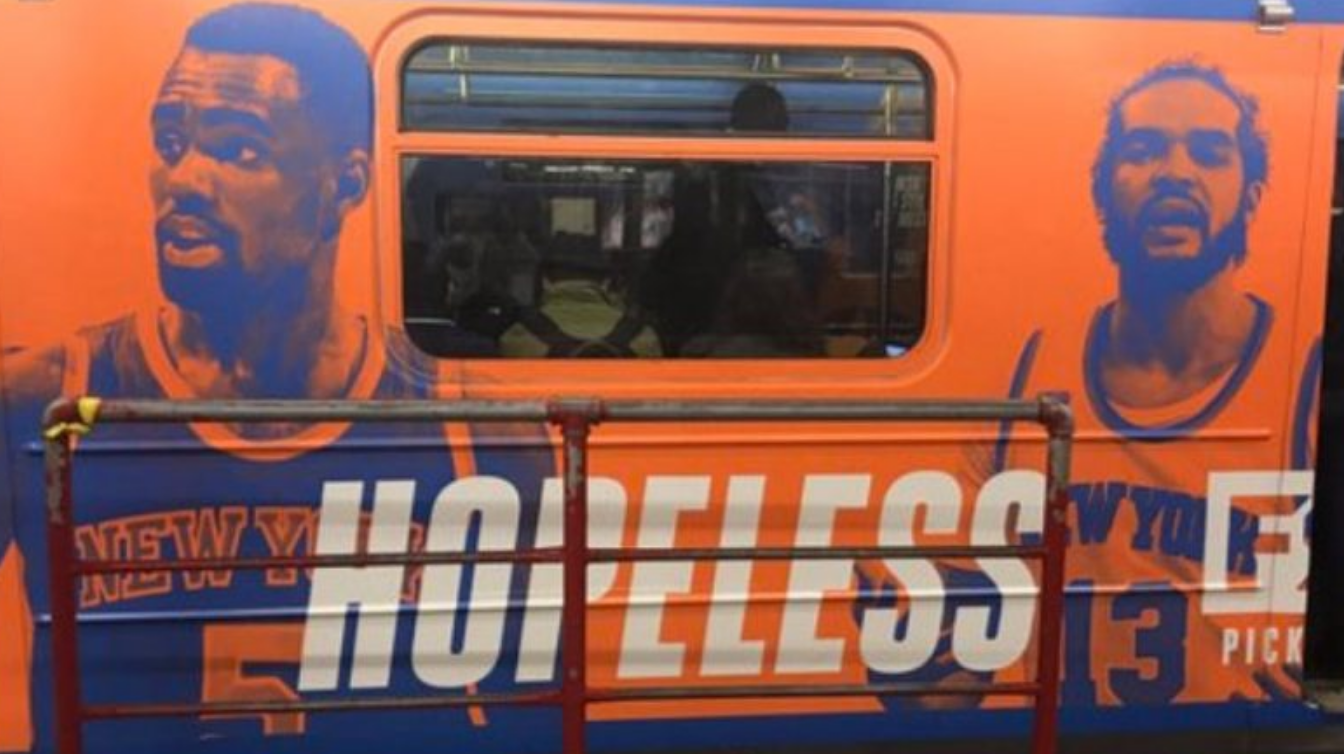 It’s no secret that the Knicks are bad. After trading away Carmelo Anthony, they’re easily one of the five worst teams in the league, and if they elect to tank, who knows, they might end up as the worst.

Former team president Phil Jackson destroyed the team and its roster — overpaying over-the-hill players such as Joakim Noah and Derrick Rose, and it will take the front office years to get out of this hole.

They’re the laughing stock of the league, and of the city, apparently. Check out this photo which was displayed on a subway train, that conveys how “hopeless” the team’s future is.

On the shuttle that runs between grand central and Times Square lmao pic.twitter.com/iWMrHJijU7