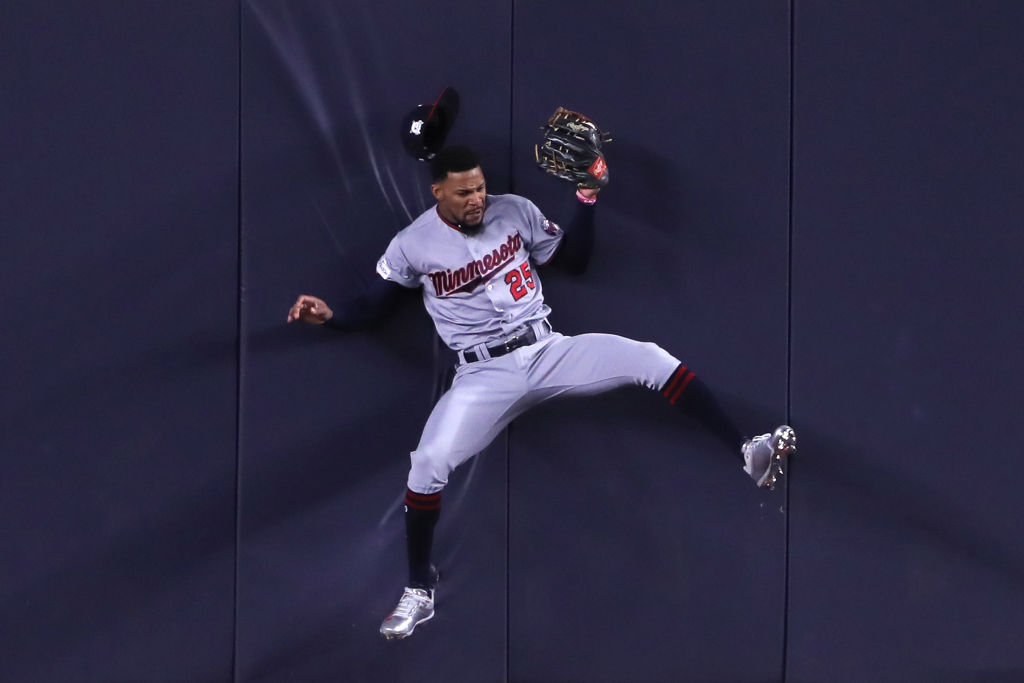 Twins outfielder Byron Buxton is one of the rangiest outfielders in baseball, and he can cover more ground on one game than the now-overweight Matt Kemp can cover in an entire game.

Buxton showed off his wheels in Tuesday’s AL wild-card matchup, in a winner-take-all game for all the playoff marbles, essentially.

With the game tied at 3-3 in the second inning, Todd Frazier crushed a Ervin Santana pitch to center, and it looked like a surefire double or triple. The Yankees had aspirations of taking the lead for the first time in the game, but Buxton had other plans.

He leaped at the wall and timed his jump perfectly to snag the ball. His back smacked against the wall, but he held on and made the spectacular catch anyway.

Santana approved of the great catch, that’s for sure.

The Yankees would eventually take the lead just moments later, as Brett Gardner crushed a home run out of the park to give his team a 4-3 lead. This isn’t a huge surprise, as Doc’s Sports Service pointed out that the Yanks have a .447 slugging percentage and an on-base percentage of .339 this season in their official preview for the game.

Buxton did unfortunately hurt his back on the play, when he collided with the wall, and was later forced to leave the game.