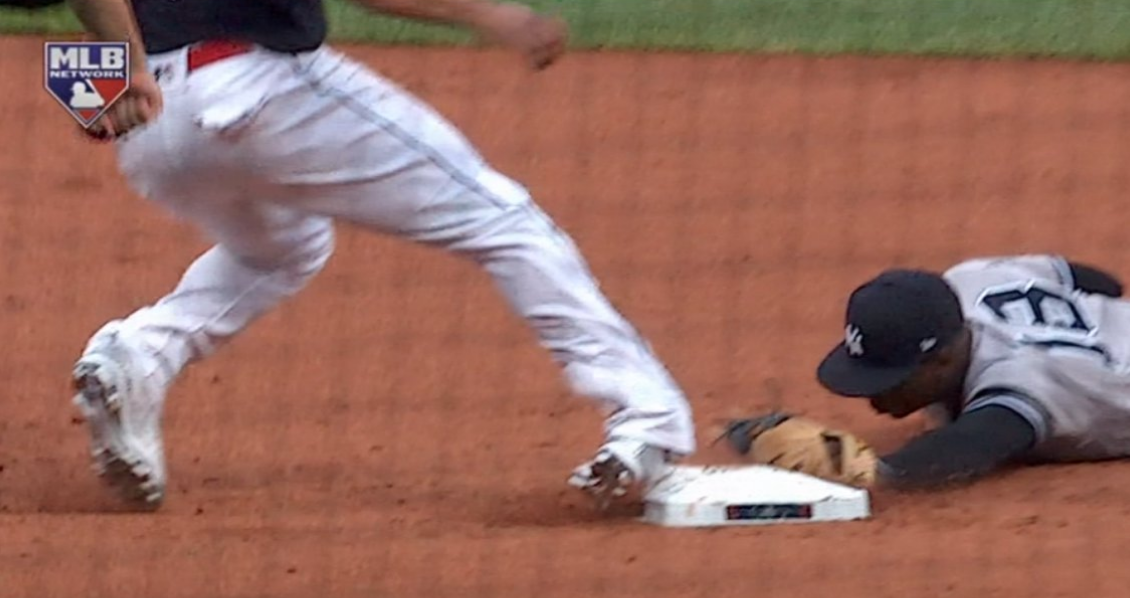 The Indians may be forced to play without one of their sluggers in the near future, as Edwin Encarnacion went down with an ankle injury in Game 2 of the American League Division Series on Friday.

It happened in the first inning of the game, when Jay Bruce lined a pitch toward second base, which Didi Gregorius snagged. Encarnacion was on second base at the time, and was caught off the bag, as it appeared the ball was going to make its way into the outfield for a base hit. After Gregorius caught the ball, Encarnacion did his best to get his foot back on the bag, but his ankle twisted awkwardly in doing so, and it was tough to watch.

That Edwin Encarnacion play couldn't get more Cleveland if it tried. Time to #RallyTogether because that's a huge loss.🤦‍♂️ pic.twitter.com/HjXCHbx6w4

Encarnacion remained down on the field for a few moments, but was eventually helped off the field, and it didn’t look like he was able to put much weight on the ankle.

The Indians announced that Encarnacion suffered a right ankle sprain, and he will be evaluated further to diagnose the extent of the injury.