Yasiel Puig has funny reaction after licking his bat (VIDEO) 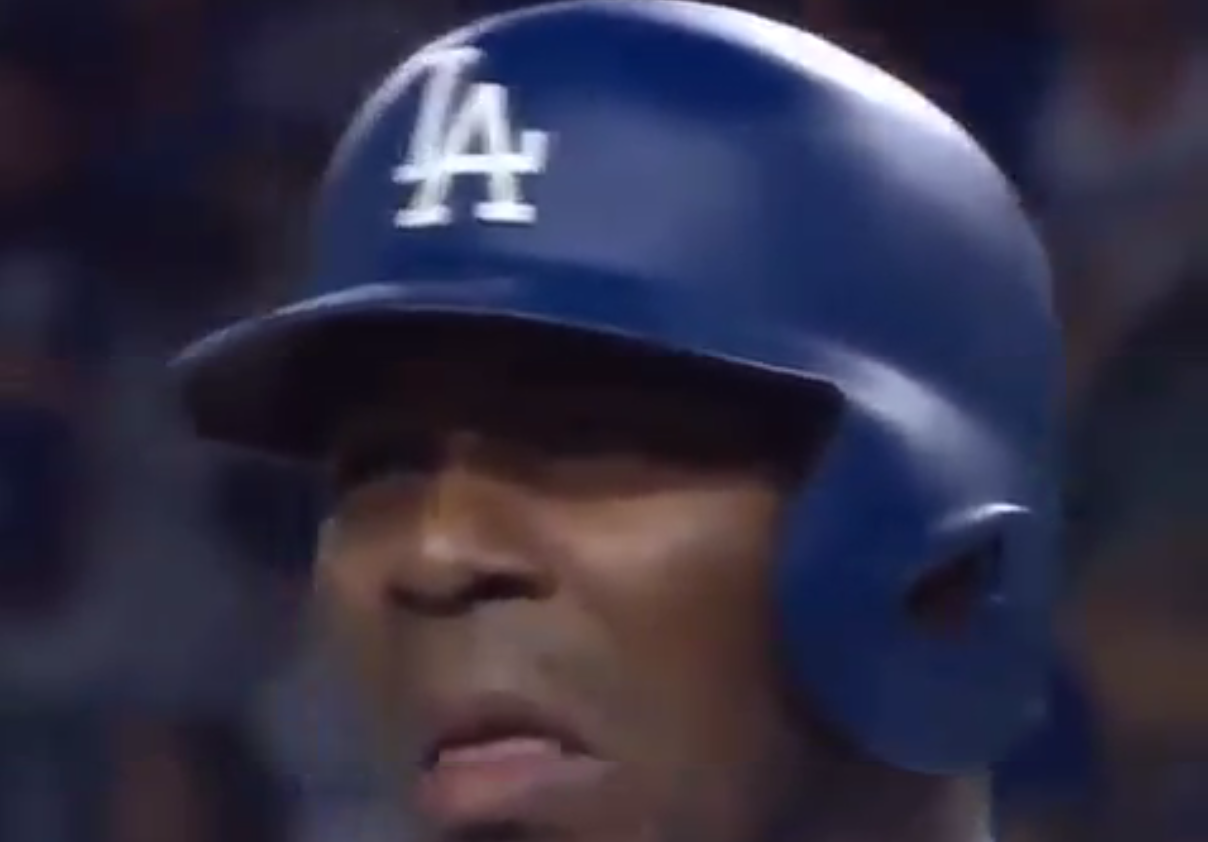 Yasiel Puig has funny reaction after licking his bat (VIDEO)

Yasiel Puig has treated baseball fans to plenty of entertaining moments over the years, with some priceless reactions and funny gestures.

He delivered another one during Friday night’s matchup against the Dodgers, under the bright lights at Dodger Stadium, which hosted Game 1 of the National League Division Series.

Puig was seen licking his bat while at the plate in the first inning, and judging by the face he made afterward, it probably didn’t taste all that great.

Licking the bat proved to be a successful plate ritual for Puig, who eventually doubled to right-center — scoring Cody Bellinger, and giving the Dodgers a 4-0 lead.