The Oklahoma City Thunder Will Need To Figure Out Their Bench 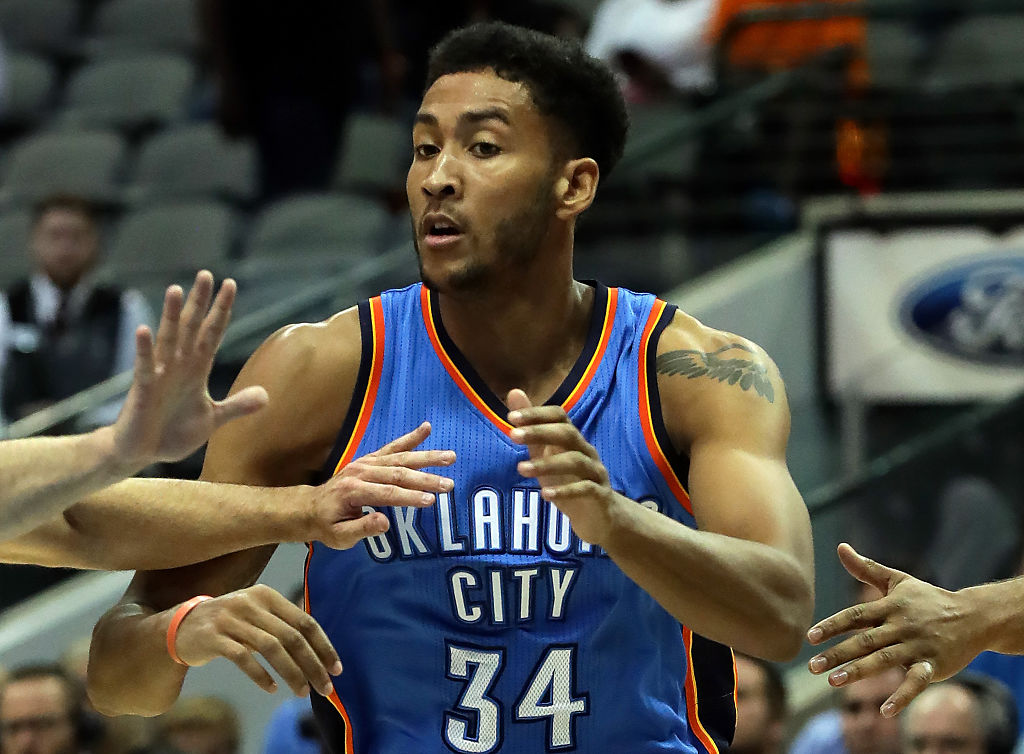 The Oklahoma City Thunder Will Need To Figure Out Their Bench

The Oklahoma City Thunder, in just one year, has ascended to the top of the Western Conference picture. It started with the addition of Paul George, moving Victor Oladipo and Domantas Sabonis to nab one of the better swingmen in the league. Then, it was Carmelo Anthony. After opening up his list of trade destinations, the Thunder landed Anthony to form a new big three.

On paper, the Thunder have an interesting starting five. Russell Westbrook is a superstar, same for Anthony and George. Andre Roberson is an elite defender, but a horrible offensive player. Steven Adams is a perfectly fine center on both sides of the ball – He’ll do the dirty work on defense while not soaking up several offensive possessions.

But the bench, oh that bench, seems to be the easiest place to point out the difference between Oklahoma City and the actual contending teams like Golden State and Houston.

Right now, Oklahoma City’s talented starting unit will cover up several mistakes and depth issues, but for the regular season, you need to have guys on the bench who can absorb playing time in stretches. Asking for 36-38 minutes a night creates a ton of wear and tear as you head into the playoffs, and as it currently stands, that’s my biggest question for Oklahoma City: Can they find the two or three reserves who can play a decent role?

There is a sixth man for Oklahoma City: Patrick Patterson. Patterson, also added this offseason, stands as OKC’s best bench option. His top skill is the ability to space the floor – four straight seasons shooting above 36 percent from three. His ability to defend and provide spacing will not only create some threes, but also open up driving lanes for Westbrook.

After that? The Thunder bench is a big question mark.

Raymond Felton will get minutes as a backup point guard, but his best days are behind him on both sides of the ball. Semaj Christon has defensive tools, but he’s a zero on offense and doesn’t do much else on the floor. Both of their shortcomings make the Russell Westbrook-less minutes on the floor tough to get through, though, with George and Anthony, you have guys who can absorb offensive possessions.

Huestis is the least decorated of the three but should have a chance to earn a rotation spot. After three years in the now G-League, Huestis showed the ability to space the floor and play several positions. Could he evolve into a 3-and-D role? The 6-foot-7 forward who can play both forward spots in spurts could be valuable for this bench.

More likely, though, the combination of Abrines and Grant are going to help this bench.

Abrines was a high-level shooter overseas but struggled offensively as a rookie. This upcoming season, his shooting and lack of defense could be covered by George and Roberson’s defensive abilities. His overall impact is somewhat limited by his lack of secondary skills and defense, but shooting 40 percent from three still has value in the regular season.

As for Grant, he remains intriguing as an overall prospect. Just 23 years old, Grant quietly had a decent season. Fine defensively, playing and guarding anyone on the perimeter and very quietly – shot 37 percent from three in 78 games. He’s not a well-rounded player yet – 2.6 rebounds per game and 0.6 assists per game – but the combination of defense, blocks and now, shooting, could be good in spurts.

Ideally, Oklahoma City would play all three guys. There are enough preseason games to figure out who can possibly provide value as they draw closer to the regular season. Patterson is there, but they’ll need the likes of Grant, Abrines, Heustis and Christon both for cheap rotation pieces on the next Thunder team, as well as guys who can absorb minutes off of Westbrook, Anthony, George and Adams.

The Oklahoma City Thunder are going to be good. They currently sit in the top four in the Western Conference, depending on how you feel about the San Antonio Spurs. The issue, however, is their lack of depth. Right now, they can go about six players deep. With 82 games, the Thunder have a chance to figure out if their young guys can truly play.

If they can get anything from guys like Grant, Abrines and Christon, not only will they have some guys who can play in the regular season, but guys who could, in a smaller role, help in the postseason.