Twins may stick with Molitor, and that's ok 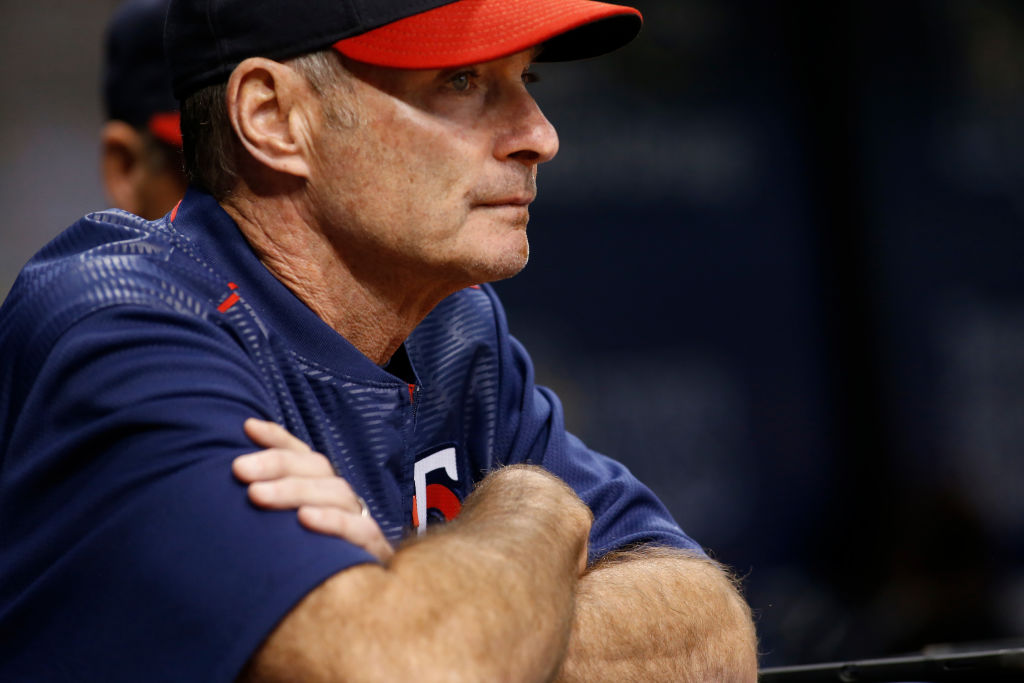 Twins may stick with Molitor, and that's ok

ST. PETERSBURG, FL – SEPTEMBER 4: Paul Molitor #4 of the Minnesota Twins looks on from the dugout during the fifth inning of a game against the Tampa Bay Rays on Sept. 4, 2017 at Tropicana Field in St. Petersburg, Florida. (Photo by Brian Blanco/Getty Images)

I am not shy about my displeasure with some of Paul Molitor’s in game managerial decisions. He is just as bad as Gardenhire was with his bullpen management, and perhaps worse with his offensive strategy. I mean, how can you have a lineup this good and bunt THAT much? And speaking of the lineup, where strategy does he use in constructing a lineup?

These are some of the greater concerns I have with Molitor”s oversight. The thing is, there aren’t many managers you could replace Molitor with that would both maintain the respect of the clubhouse AND actually manager intelligently. With that in mind, particularly with the cool reaction that the team had when the Twins sold at the deadline, it would be very difficult for the Twins not to at least pursue a new contract with Paul Molitor. That’s OK.

The front office of Derek Falvey and Thad Levine have already proved their worth for the Twins coaching staff by making the unpopular decision of letting popular coach Tom Brunansky go, but replaced him with James Rowson. The improvements to the lineup didn’t take right away, but most of the young players emerged this season, with few exceptions. Byron Buxton, Jorge Polanco and Eddie Rosario all rook massive leaps forward. Miguel Sano and Max Kepler didn’t take a step back, and even Joe Mauer returned to form.

The FO has already dramatically improved the team with their coaching hires, and they are likely going to be content with improving the team systemically, rather than with one dramatic hire at the top of the pyramid. So much internal improvement comes from coaching as players mature, usually in the minors, but with this young a team, the improvement needed to happen at the Major League level. In short, there already was a change, a fruitful change, to the Major League staff, and  switching out the manager won’t be effective.

I would say, in fact, that the best move would indeed be to keep Molitor, warts and all. Continuity and stability will be important intangible elements for this team. At this point, with the squad likely ready to try to add free agents, a positive environment will be important to attracting new talent. More basic than that, it’s important that the players are happy, because that’s the only way they will buy in to whatever development plan is out there for them.

So no, Paul Molitor is never going to be my favorite manager, but that doesn’t mean he shouldn’t be the skipper for the Twins.