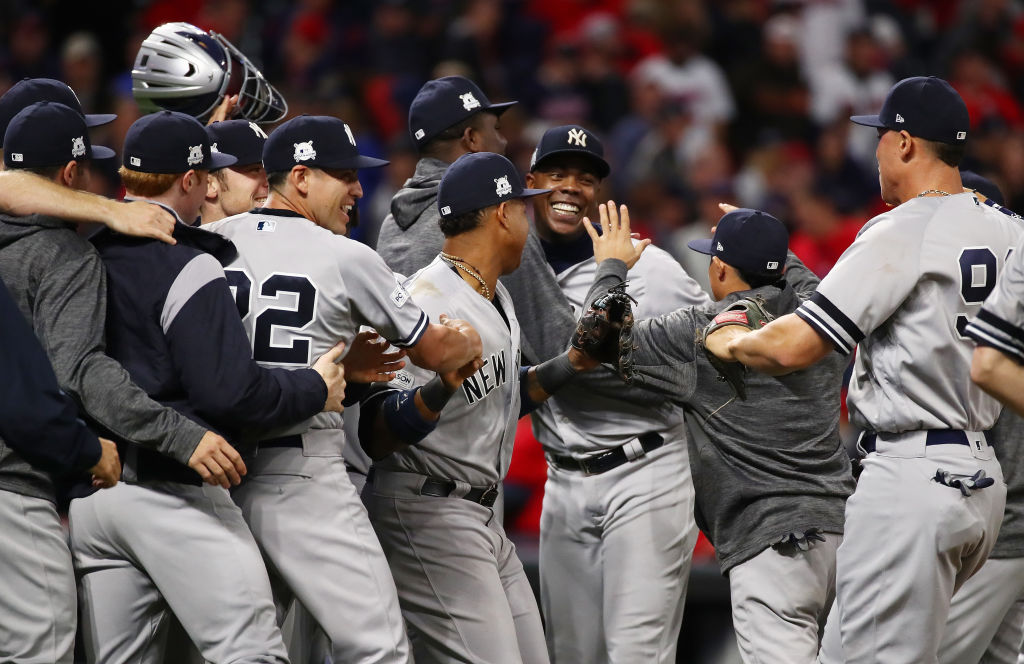 The Yankees appeared down and out to many after blowing a 8-3 lead in Game 2 of the American League Division Series, but the young team never quit. They won both games at Yankee Stadium, and then used that momentum to win Game 5 by a 5-2 margin on Wednesday night, defeating AL Cy Young-favorite Corey Kluber in the process.

New York knocked Kluber out of the game in the fourth inning, and he failed to reach the fifth in each of his outings in the series. That seems almost unfathomable, but the Yankees tagged him for four home runs combined in Games 2 and 5, which — along with the stellar play from their bullpen — proved to be the difference in the series.

The Yankees celebrated their improbable comeback on the field after the game, and it spilled over into the locker room, where champagne bottles were popped. They also had some fun at the Indians’ expense on social media — taking a jab at their opponents for blowing a 2-0 series lead on Instagram. Take a look.

In case you can’t read the text that accompanied the photo of a smiling C.C. Sabathia, here’s what it says:

That troll job is a reference to the 2-0 lead the Indians blew in the World Series last year, and is a clever way to rub salt in Cleveland’s fresh wound.