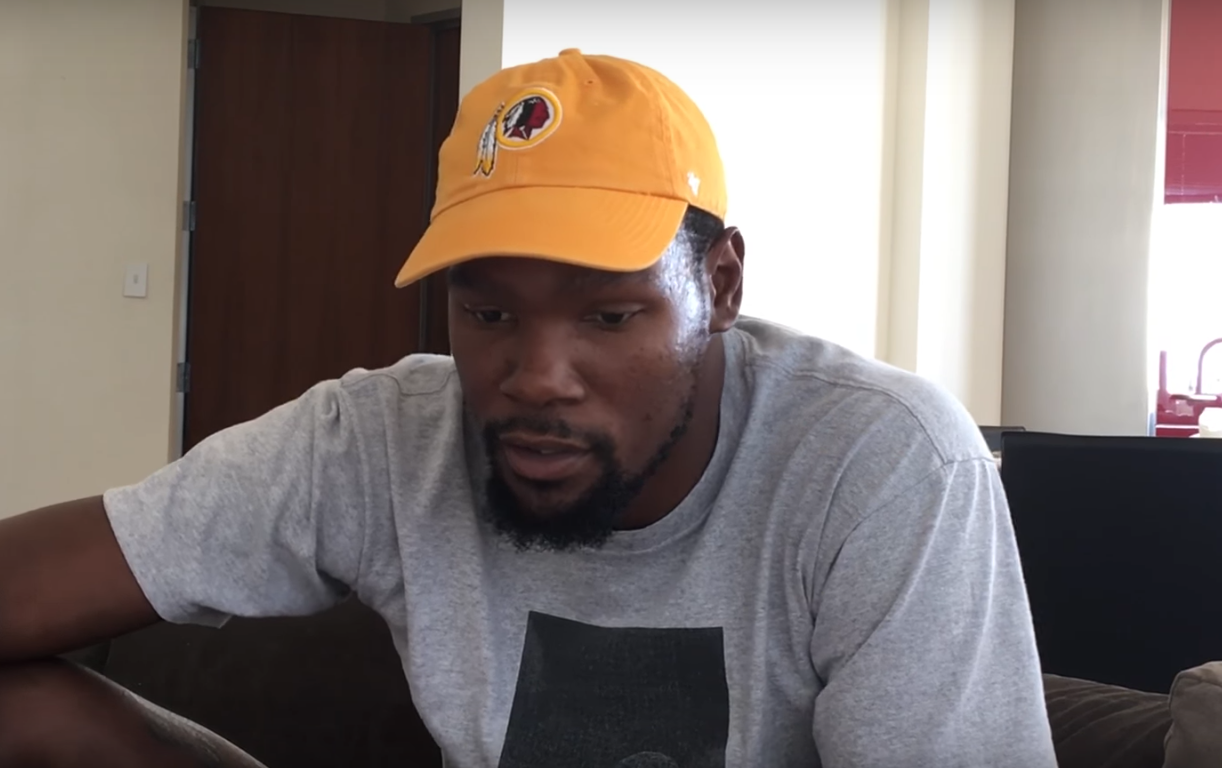 Kevin Durant might be the best player in the NBA right now, but he believes Giannis Antetokounmpo could hold that title one day.

Durant was asked about Antetokounmpo during a recent Q&A session on his YouTube channel, and he had plenty of nice things to say about the Bucks center.

Antetokounmpo must have felt good about himself after hearing Durant admit that “The Greek Freak” is his favorite NBA player to watch on the court.

But that wasn’t all he had to say. Durant also commented that Antetokounmpo could develop into the best player of all-time.

“The Greek Freak, I think, is a force,” Durant said. “I’ve never seen anything like him. His ceiling is probably, he could end up being the best player to ever play if he really wanted to. That’s pretty scary to think about.”

Durant’s bold statement may not be as crazy as it sounds. Antetokounmpo broke out last season, averaging 22.9 points, 8.8 rebounds, 5.4 assists and 1.9 blocks per game. He’s a complete player that dominates on both ends of the floor.

Still, he’ll need to really take his game to the next level if he’s even going to be mentioned in the same conversation as Michael Jordan, Kareem Abdul-Jabbar, Wilt Chamberlain, Kobe Bryant and others.