One ambitious goal for the offseason 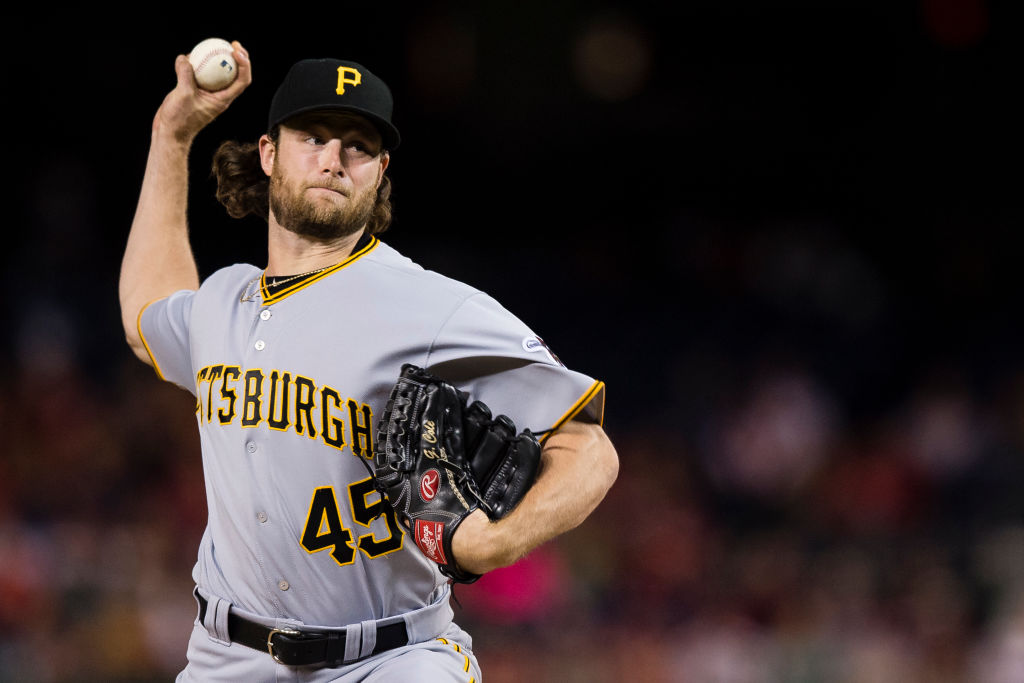 One ambitious goal for the offseason

WASHINGTON, DC – SEPTEMBER 29: Starting pitcher Gerrit Cole #45 of the Pittsburgh Pirates throws a pitch in the first inning against the Washington Nationals at Nationals Park on September 29, 2017 in Washington, DC. (Photo by Patrick McDermott/Getty Images)

In most of the post mortems of the Twins’ season, the lament was always the same. If only the pitching was better. The common opinion is that the Twins needed a couple of arms to fill out the back end of the rotation, and some arms for the bullpen. Look to free agency and find one of the starters on the market to supplement the rotation, and perhaps multiple relievers, or at least that seems to be the consensus. I agree with the very first premise, that the Twins pitching needed to be better, but not the others.

Generally speaking, to improve the Twins pitching staff, the maneuvering will need to be bolder than playing the market. They should explore trade options for a real ace, and they should trust the youth that started to emerge last season, and is still developing in the minor leagues. Basically, a play in the free agency market won’t address the needs the team has, or at the very least, isn’t the best method for addressing those needs.

Let’s first consider the bullpen, which has indeed been pretty bad for the last several seasons, but made enormous strides in 2017. Let’s just say that the Twins work with a 7 man bullpen to go along with a 5 man rotation next season. That will include a full season of Trevor Hildenberger and Alan Busenitz, coupled with a healthy and reemerging Ryan Pressly and another season of Taylor Rogers. That only leaves three spots, one of which will be filled by a long reliever, like Tyler Duffey and another by Trevor May, who will be returning healthy. I, for one, wouldn’t mind seeing a full season of Gabriel Moya in the pen, but Tyler Jay or JT Chargois are good options as well. If you want to supplement that group with someone on the cheap, I wouldn’t argue with that, but I also wouldn’t make it a priority.

But what about the rotation? There is certainly a need for a pitcher or two there, but I think the need is more grave than some want to let on. Even if you think Ervin Santana is an ace pitcher, he is a 34 year old with bad peripherals. The analytical minded front office won’t feel comfortable with Santana as their rotation centerpiece, or even the second arm in the rotation for  the next few years. That leaves Jose Berrios as the only top starter in the rotation, and even he hasn’t really represented himself as the type of top of the rotation starter playoff teams have.

If you look at the options available in free agency, you would be fairly uninspired. There are a pair of starters at the top of MLB’s top 10 free agents, and another towards the bottom. The top two, Yu Darvish and Jake Arrieta, will have many suitors and will be quite expensive. The third, Lance Lynn, won’t come cheaply either, as again, he is the third rated free agent starting pitching option on the market. All three are also over 30, and not long after their initial contract is signed, they will be close to the same age as Santana now. It’s no guarantee that they will hold up as well as Ervin, either. They are expensive gambles, and not ones that the Twins will have the bank to pursue.

The Twins need to make some more assertive moves to add a top talent for their rotation. Their team is young enough, and also experienced to the point that the front office should know what they can count on for the next several years. It’s time to do something that Terry Ryan was never comfortable with, and trade surplus talent in order to acquire a true ace.

And there is surplus talent, even at the top end. Just for example. Three of the top 5 prospects, according to MLB are all short stops, Royce Lewis, Nick Gordon and Wander Javier, and in the majors, Jorge Polanco has acquitted himself nicely. One or two of these players should be available if a true ace or top of the rotation starter is out there for the taking, especially if it one with a few years of team control.

A quick look at the top pitchers on the Fangraphs leaderboard, and comparing it to the trajectories of the teams they are on presents with a few options. The most painful payment would be for someone like Jacob DeGrom, Marcus Stroman or Aaron Nola. Slightly less painful, thanks to the contract situations, would be Chris Archer, who is paid more and Gerrit Cole, who has less time left under team control. It seems crazy to think of any of those guys in a Twins uniform. I’m not sure many people could imagine one of those guys wearing a Twins uniform.

But why not? The Twins window is just opening now, and there aren’t any other candidates to take over the spot atop the Twins rotation. Don’t play around with the free agency and stop gap solutions. Now is the time to take a leap and be aggressive on the trade market this offseason, and make sure the rotation is set up for the long term.