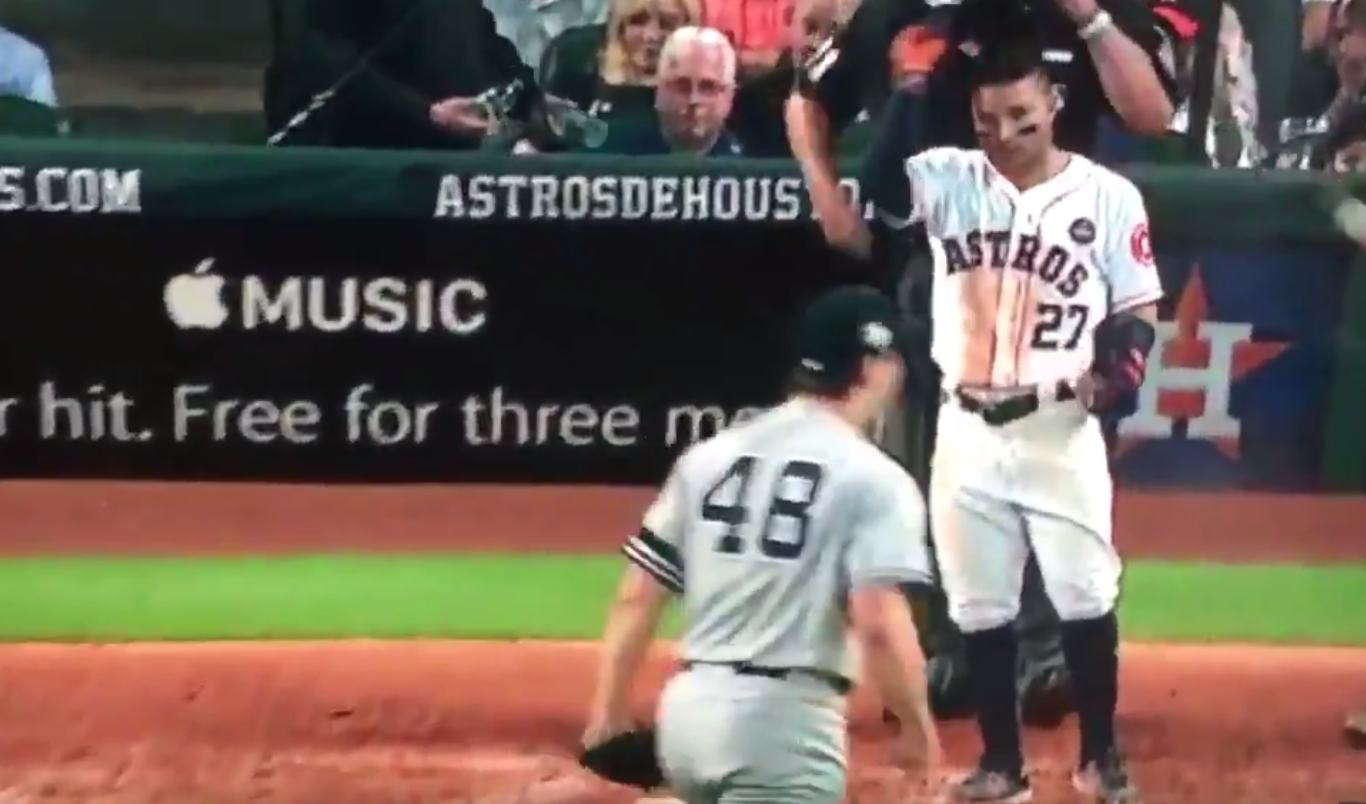 Yankees reliever Tommy Kahnle made his first career appearance in an American League Championship Series game on Saturday, which was evidenced by how he reacted on the mound.

Kahnle pitched two scoreless innings, recording one strikeout and a walk, and his day ended after he closed out the seventh. The Yankees pitcher struck out Jose Altuve on a 90-mph changeup, and it’s safe to say he was pumped up about it, judging by his reaction.

After Altuve swung and missed at his pitch, Kahnle spun around and then began screaming. One time wasn’t enough, so he then screamed again, which drew the attention of Altuve, who probably wasn’t all that happy about it. That didn’t stop Kahnle, who shrieked one last time for good measure, and then made his way to the Yankees’ dugout.

Emotions run high during the playoffs — we get that — but Kahnle seemed to go a bit overboard celebrating there.