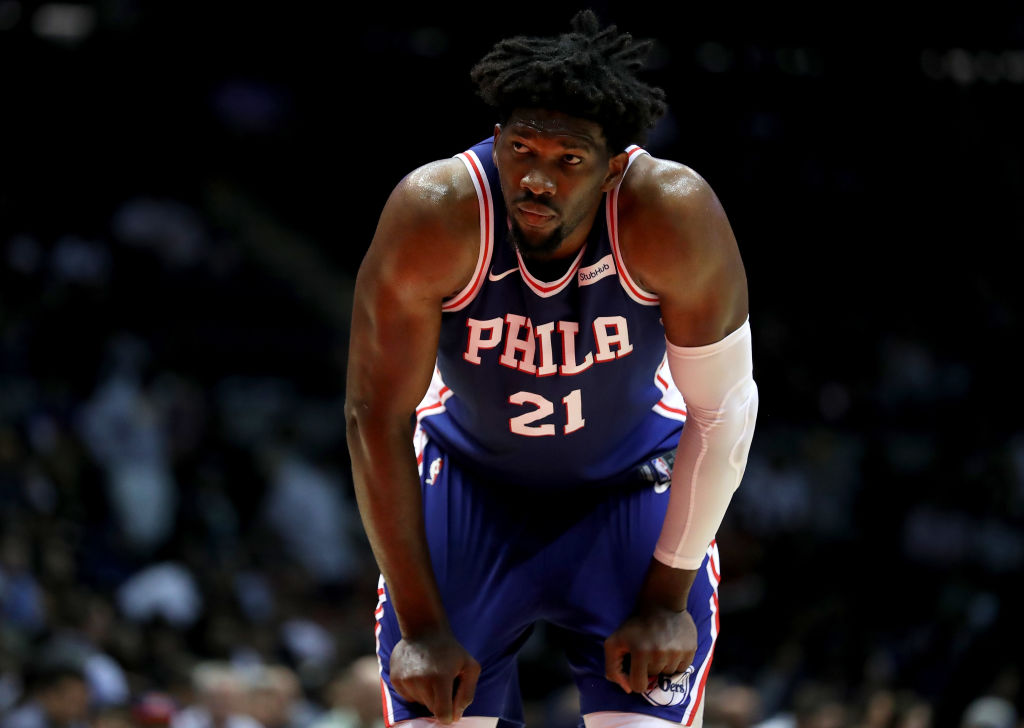 Last season, Philadelphia 76ers center Joel Embiid showed the entire NBA world what he can do when healthy. As a rookie, he averaged 20.2 points, 7.8 rebounds, and 2.5 blocks in 25.4 minutes per game. He also shot 46.6 percent from the field and 36.7 percent from three-point range.

While those numbers were impressive, Embiid only played in 31 games due to injury and was on a minutes restriction. However, the former Kansas Jayhawk is now healthy with a brand new five-year contract extension, which means everything should be good this season.

Wrong. Despite looking good in the final two preseason games, where he only played an average of 15 minutes, the Sixers are still going to be cautious with Embiid. According to Jessica Camerato of NBC Sports Philadelphia, Sixers head coach Brett Brown said to the media that Embiid will be on a minutes limit to begin the season.

“I don’t really know if there’s a solid number,” Brett Brown said Monday after practice. “I can tell if you were to choose a number, it’s somewhere in the teens.”

As you can imagine, Embiid was not happy about this as it was news to him about being on a restriction.

“I didn’t know about that, but that’s very disappointing,” Embiid said. “I feel great and hopefully that changes based on today’s practice and tomorrow’s practice.”

It’s puzzling to see the Sixers still putting Embiid on a minutes restriction because they just signed him to a large extension. With the type of money that he will be making, it is almost laughable to do this.

However, on the other hand, putting Embiid on a restriction to start is maybe a good thing, since he did not play a lot in the preseason. I think we can all understand Embiid’s frustration because he’s ready to be a key contributor.

That being said, if the Sixers want to win this season and make that jump towards the playoff, Brown will have to break from the restrictions sometimes. Granted it was the preseason, but we saw just how deadly this Sixers team can be with Embiid in the starting lineup.