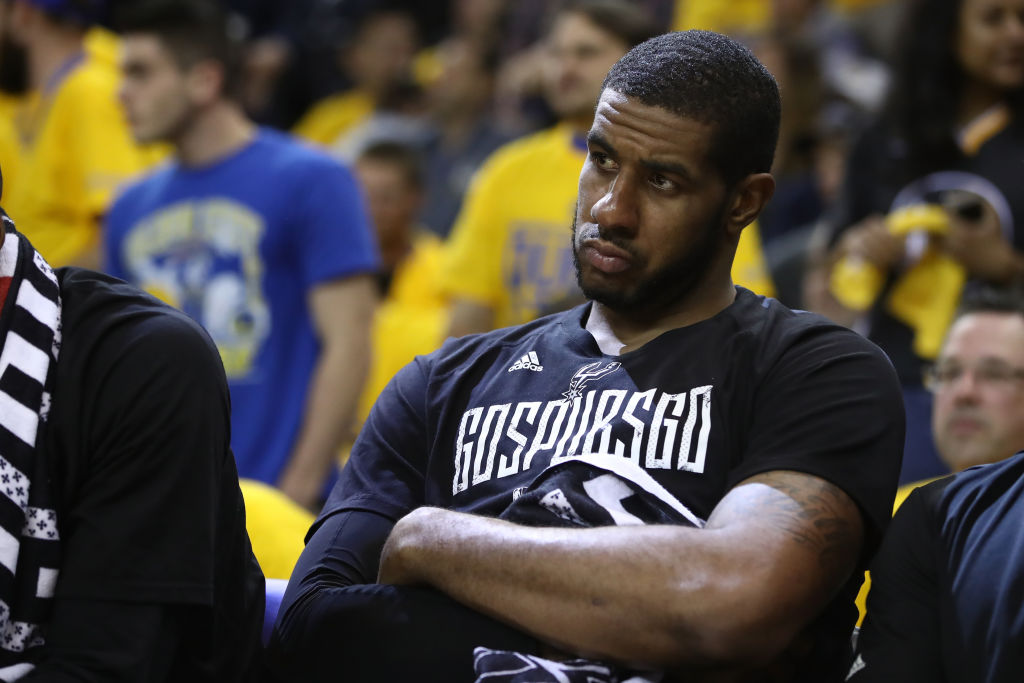 San Antonio Spurs forward LaMarcus Aldridge is coming off his worst season since 2006 — looking at both his statistics and performance on the court — and yet, for some reason, he was awarded a three-year, $72.3 million contract extension on Monday.

Aldridge averaged only 17.3 points per game — only his rookie season (2006) saw him post a lower number than that — as well as 7.3 rebounds and 1.9 assists. Playing in Gregg Popovich’s system, alongside Kawhi Leonard, those are rather pedestrian numbers.

There was a lot of uncertainty surrounding Aldridge — who turned 32 over the summer — and where he might end up in the future. Trade rumors were swirling back in June, as Aldridge was reportedly put on the trade block. That didn’t pan out, and he remained with the Spurs. With Aldridge’s contract set to run through next season, many expected the team’s 2017-18 campaign to be a “prove it” year for him, yet for some reason, he was awarded the contract extension.

Twitter had a field day with it. Check out some of the best reactions.

lamarcus aldrige is a washed up fatboy. congrats on getting paid scrub @aldridge_12

I'm here for LaMarcus Aldridge revisionist history and basically nothing else.

And the memes did not disappoint, either.

When everyone gets All Star teammates and you're stuck with LaMarcus Aldridge pic.twitter.com/Vs8lP6iGGm

It was a puzzling move, to say the least. We’ll soon see if it works out.