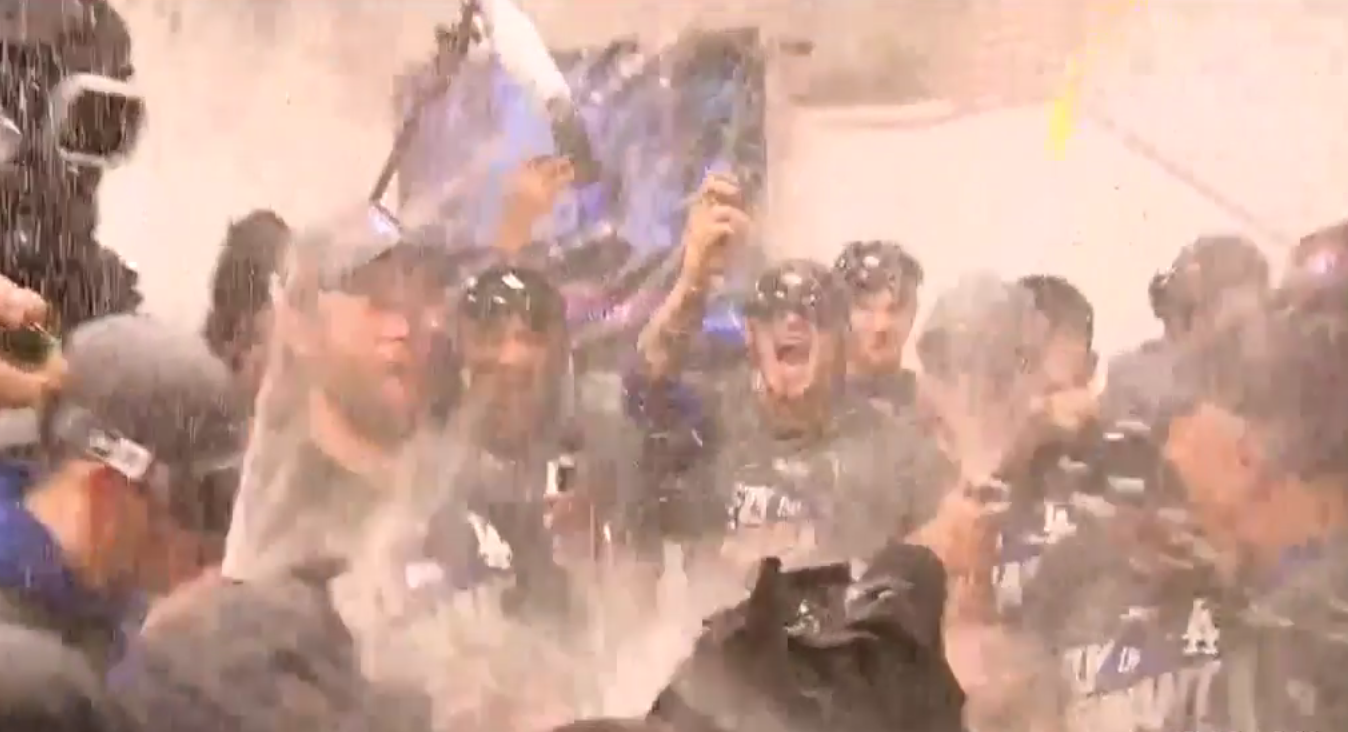 The Dodgers destroyed the Cubs 11-1 in Game 5 of the National League Championship Series on Thursday night, and it looks like the forecast for Los Angeles predicts plenty of partying this weekend.

After all, there’s a lot to celebrate, with the Dodgers advancing to the World Series for the first time since 1988.

Here’s a full video of the players’ locker room celebration, which does a great job of painting the picture in chronological order. Check it out.

Dodgers ace Clayton Kershaw was especially happy after the team’s big win, with him having  unfairly been dubbed as a “bad postseason performer.” Here’s what he had to say after getting that hot take/label/weight off his shoulders, giving up just one run in six innings.

Kershaw with the feels as he tries to sum up his reaction to getting to play in a World Series. #thisteam #dodgers pic.twitter.com/F3loggiNa7

California knows how to party.