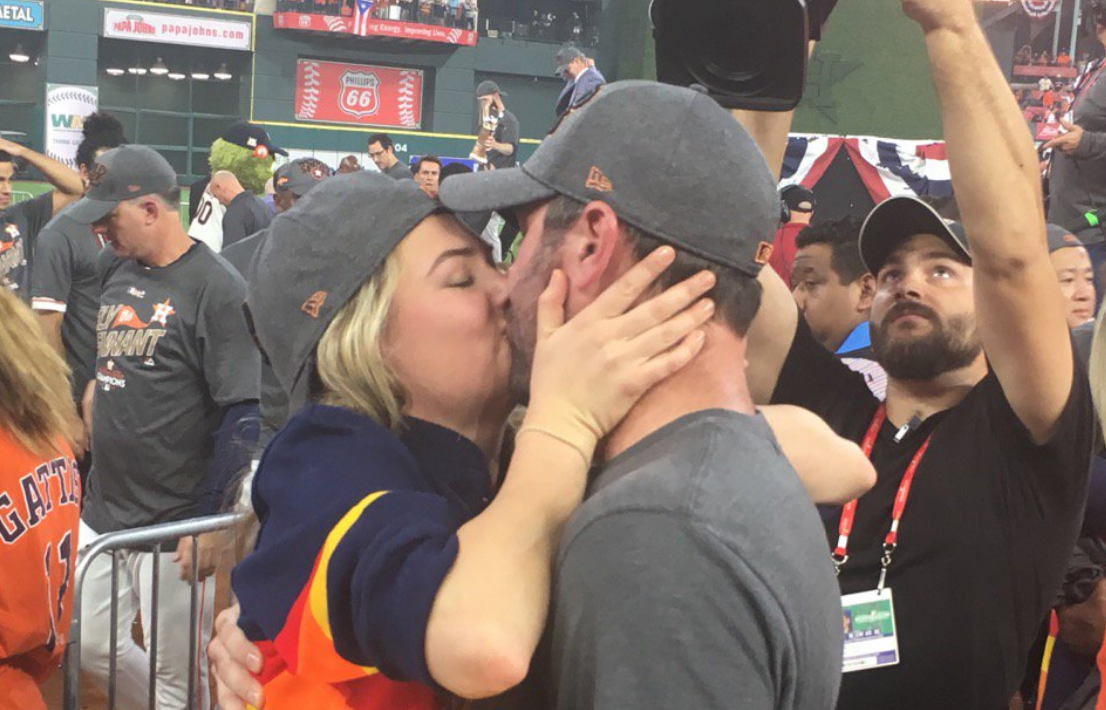 Justin Verlander proved to be the Astros’ most important acquisition this year, talking both during the offseason and up to the trade deadline.

Many analysts thought the Astros were one “ace” away from a World Series appearance, and they were right. Verlander was the clear difference-maker in the series, shutting down the Yankees in two pivotal games, helping them win the AL pennant.

Verlander was rewarded with a huge kiss from fiancee Kate Upton after Game 7 was in the books.

Champagne, happiness and affection from Kate Upton. Yeah, it’s safe to say JV is on top of the world right now.

For a great deal on Spurs shoes, click here.