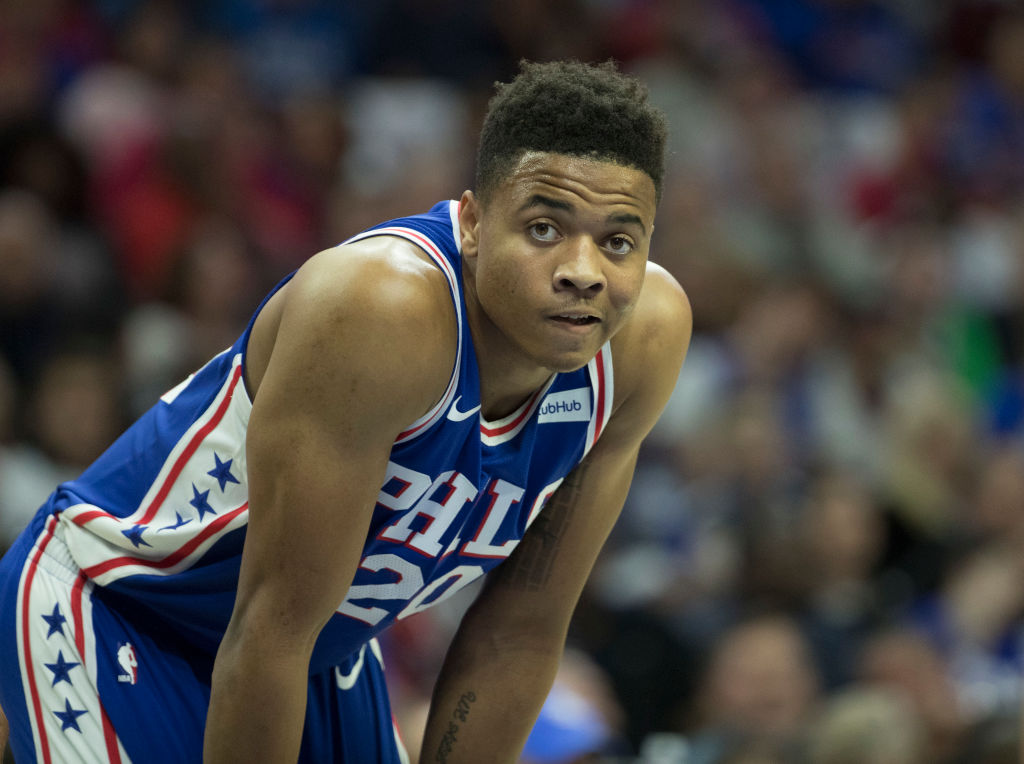 The Sixers really didn’t go a great job of trusting the process in handling Joel Embiid’s injury earlier in his career, and they’re not off to a good start with Markelle Fultz, either.

Fultz, who the team selected with the No. 1 overall pick in this year’s draft, has been playing in games — preseason, no less — despite being injured.

What was even crazier was that he was adjusting his free-throw form, just so he wasn’t shooting in pain. Tinkering with a guard’s shooting form really isn’t a good idea.

And now we’ve learned that he “can’t lift his arms above his head,” according to a report from ESPN.

“He literally cannot raise up his arms to shoot the basketball,” [Fultz’s agent Raymond] Brothers said. “He decided to try and fight through the pain to help the team. He has a great attitude. We are committed to finding a solution to get Markelle back to 100 percent.”

If the Sixers are smart, they will sit Fultz while he goes through the recovery process and gets healthy again. Or at least until he can lift his arms above his head.

At least Fultz still has healthy feet. He, as well as you guys, can cash in on this exclusive deal to buy Spurs shoes here.