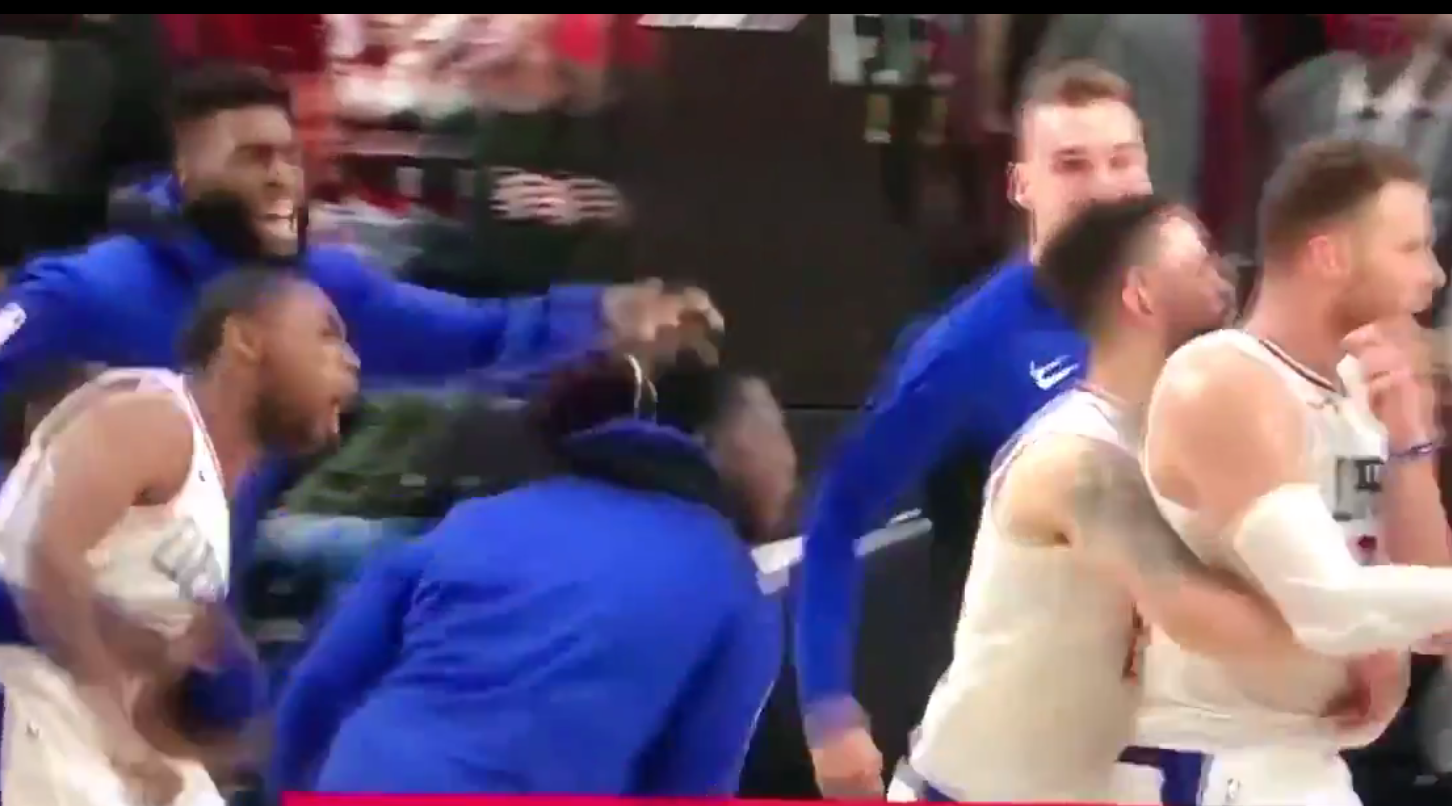 Clippers big man Blake Griffin clearly worked on his outside shot during the offseason, and his team has benefited in a big way.

The Blazers learned to respect Griffin’s newfound perimeter shooting ability on Thursday night, when he daggered them with a game-winning triple.

Los Angeles trailed Portland by two points, with roughly five seconds remaining, and with Chris Paul no longer on the team, it was clear who was going to get the opportunity to take the final shot.

Griffin received the ball at the top of the key, took a few dribbles, used a pump fake and then seemed to surprise everyone by pulling up for a three-pointer.

And he drained it — nothing but net.

Griffin was white-hot from the field in the game, as he made 10 of 16 field goals he attempted — finishing with 25 points.