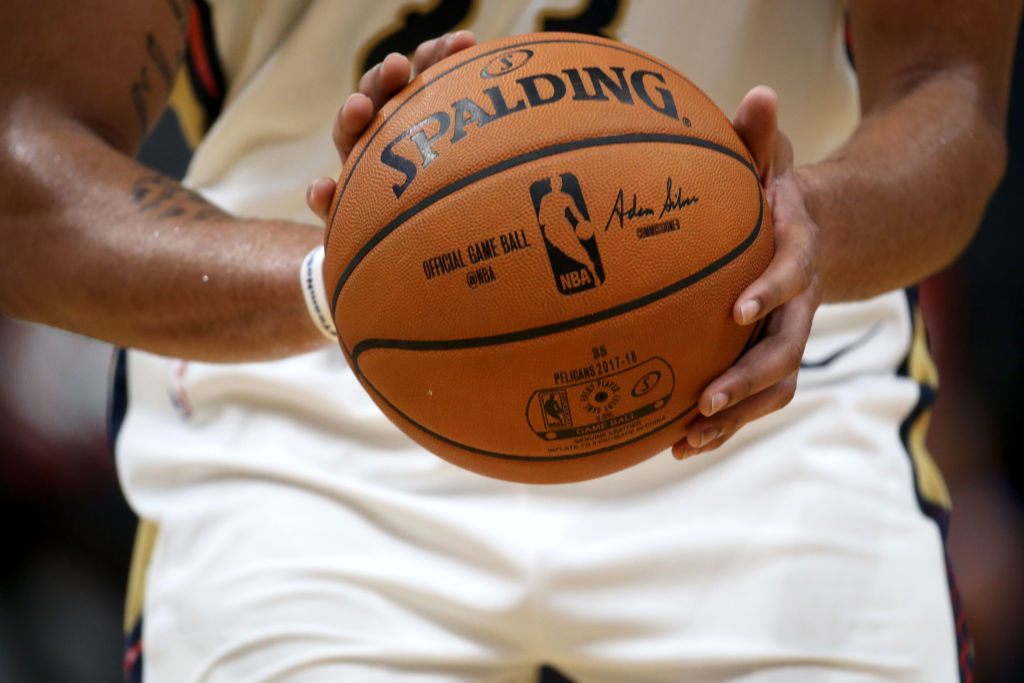 The New Orleans Pelicans continue to struggle to add a talented enough group of role players to reinforce the Big 2 of Davis & Cousins. The source of the contractual hell has to fall on the New Orleans Pelicans GM & VP of Basketball Operations (that’s right 2 hats) Dell Demps. Demp’s vision of the team is terribly murky & ridiculously unclear as to what he’s attempting to build.

The longtime GM has been in his current position for several years taking over July of 2010 & hoisting a record of 241-326 with two playoff appearances (2-8). It’s been well documented about the many flubs & few studs during his lengthy tenure. The GM also known as “Dealer Dell” because of his propensity to make trades, isn’t shy about shipping future draft picks to other teams for veteran players.

The DeMarcus Cousins trade was by all accounts a good deal for The Pelicans but stripped them of draft picks and good reserve depth. The teams current lack of good shooters & bench depth is a clear result of limited cap resources that are being used by players that Demps over reached on or mismatched with his teams style of play. It seems to be an internal conflict between Coach & GM being that Gentry wants to run & shoot, Demps keeps adding half court pieces (Omer Asik, Alexis Ajinca) just to name of few. The shooter aspect of the equation Demps added players like ETwaun Moore, Ian Clark & the Jordan Crawford (who was recently released). Demp’s has been unsuccessful in adding a talented enough wing.

The Pelicans can not hold leads while the their Bigs are resting forcing Head Coach Al Gentry (Demps hand-picked choice after firing playoff Coach Monty Williams) to play A.D. & Boogie Cousins extended minutes risking injury. Where is Terrance Jones when you need him? Oh yea playing overseas in China but even if he was available New Orleans doesn’t have the room to sign him being their right up against the cap. Why you may ask? Because a serious of moves or gambles to fill his roster with bodies under pressure to win to save his job.

The latest example was a failed trade with Detroit for guard Reggie Jackson who is a shoot first player, with injury concerns, who doesn’t fit your teams style of play, which is by the way already loaded with guards AND did I mention Jackson is still owed almost $60 million. Dealer Dell was about to ship the 2018 1st round pick to dump the 2 contracts of players HE signed to the team to acquire Jackson according to reports from The Bird Writes.

WASHINGTON, DC – OCTOBER 20: Reggie Jackson #1 of the Detroit Pistons dribbles the ball against the Washington Wizards at Capital One Arena on October 20, 2017 in Washington, DC. NOTE TO USER: User expressly acknowledges and agrees that, by downloading and or using this photograph, User is consenting to the terms and conditions of the Getty Images License Agreement. (Photo by Rob Carr/Getty Images)

There are more than a few examples of bad deals on this current team that are holding its ability attain bigs that score while Cousins & Davis take breathers.

BAD DEAL #1 Omer Asik- What’s bad about this contract is the fact that Demps signed Asik to a 5 year $58 million deal. The deal comes with an annual salary of $11.5 mil & pays him until he is 33. The sad part is & yes there’s more, Demps shipped a 2015 1st round pick to Houston to obtain him. The fans often write me saying why don’t they cut him? Demps can’t cut him! Why? The reason is Asik would count over $10 mil for the next few years against the cap & a whooping $40 mil against the dead cap according to Spotrac. I forgot to submit that Asik is out indefinitely with Crohns Disease.

NEW ORLEANS, LA – OCTOBER 31: Omer Asik #3 of the New Orleans Pelicans handles the ball during a game against the Golden State Warriors at the Smoothie King Center on October 31, 2015 in New Orleans, Louisiana. NOTE TO USER: User expressly acknowledges and agrees that, by downloading and or using this photograph, User is consenting to the terms and conditions of the Getty Images License Agreement. (Photo by Stacy Revere/Getty Images)

BAD DEAL #2 Solomon Hill- Desperate for a wing scorer Demps reached in free agency to sign forward Solomon Hill. Hill was never known for the type of wing shooter or 3 & D player you need in the system that Gentry’s trying to run. Hill is an above average defender but his 3 point shooting is way below what the team needs (34%). The GM signed him to a 4 year $48 million dollar deal with an annual salary of $12 mil a year. Solomon Hill is currently out with a torn hamstring 6-8 months.

ATLANTA, GA – NOVEMBER 22: Solomon Hill #44 of the New Orleans Pelicans drives against Tim Hardaway Jr. #10 of the Atlanta Hawks at Philips Arena on November 22, 2016 in Atlanta, Georgia. NOTE TO USER User expressly acknowledges and agrees that, by downloading and or using this photograph, user is consenting to the terms and conditions of the Getty Images License Agreement. (Photo by Kevin C. Cox/Getty Images)

I guess I’ll stop although I would like to mention over paying for Jrue Holiday because of not having enough money to go after other free agents. I wouldn’t consider Holiday’s contract as a bad deal just over paying for him. I wouldn’t give someone a 5 year contract worth $131 million to average 15 points a game & shoot less than 37% from downtown. Would you?

NEW ORLEANS, LA – OCTOBER 30: Jrue Holiday #11 of the New Orleans Pelicans drives the ball up the court against the Orlando Magic at the Smoothie King Center on October 30, 2017 in New Orleans, Louisiana. NOTE TO USER: User expressly acknowledges and agrees that, by downloading and or using this photograph, User is consenting to the terms and conditions of the Getty Images License Agreement. (Photo by Chris Graythen/Getty Images)

Maybe you would, I most certainly wouldn’t but the point is Dealer Dell did! The next magic trick Demp’s will have to proform is to make all the bad contracts go away, improve his teams depth & sign DeMarcus Cousins before HE (Demps) is the one that disappears.