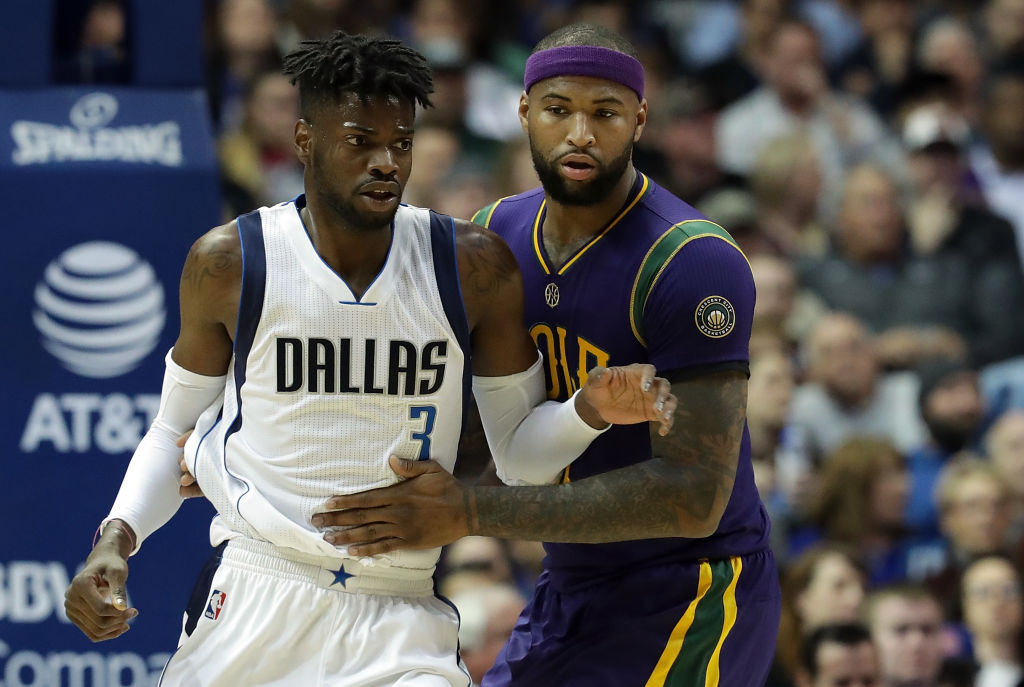 Every NBA team has played between eight and 11 games, so the first one-eighth of the season is basically in the books. This monthly piece examines the clubs that are struggling at the moment, and the list will likely be much different come December.

While Detroit, Orlando, New York and Philadelphia have been pleasant surprises in the Eastern Conference, the depth of the Western Conference is already on full display. As a result, there are a few shockers in this edition of the Powerless Rankings.

The two 5-5 squads that currently sit eighth in their respective conferences based on tiebreakers, namely Charlotte and Utah, receive the benefit of the doubt. Jeremy Lamb has filled in well along the wing for the Hornets, who are without Nicolas Batum, and rookie Donovan Mitchell is the dude for the still-solid Jazz. Without further ado, here are the powerless rankings.

Giannis Antetokounmpo is forcing his way into the early MVP discussion, but the Bucks will need to shake off a slow start for that to come to fruition. I’m still 99 percent sold on Milwaukee earning home-court advantage in round one of the playoffs, and Malcolm Brogdon and Khris Middleton should be considered untouchable on the trade market. Don’t @ me.

With LeBron James still in his prime, the Cavs can probably afford to sleepwalk through the regular season. But the offseason whispers about the King taking his talents elsewhere (once again) in next July’s free agency are quickly turning into screams.

New Orleans simply isn’t going to finish .500 or better if they continue to play at the level they have thus far this season. It’s a long year and the team is yet to welcome Rajon Rondo back to the lineup, but besides their contest against Cleveland, the Pelicans  have not been clicking like a club that’s set to sneak into the top eight of the wild Western Conference.

Early returns on the frontcourt duo of Nikola Jokic and Paul Millsap have been mostly underwhelming. However, just like with New Orleans, there is no shortage of time for Denver to figure things out and fight their way into the playoff picture.

L.A. is off to a better start than anyone (besides LaVar Ball) could’ve predicted, and last night they knocked off Memphis.

A fourth-quarter collapse against New York doesn’t undo their surprisingly promising start amid Myles Turner’s concussion. We’re just 10 games in, but Victor Oladipo is already making a strong case for Most Improved Player of the Year.

OKC has faced a tough slate of games to start the season, and they haven’t lost to a “bad” team yet. No one should be expecting this core to come together and immediately dominate, and there are clearly still adjustments that need to be made.

The Heat have been up and down in the opening weeks. The team responded to a much worse start last year and still nearly made the playoffs. No one in South Beach is sweating (any more than usual, anyways).

After an embarrassing start to the season, the Suns have been more respectable since the infamous Eric Bledsoe tweet.

The exciting 3-2 start seems like a distant memory already, as the Nets are now on a four-game losing streak in which they’ve lost by 13.5 points per contest. At least Brooklyn, led by point guards D’Angelo Russell and Spencer Dinwiddie, is playing a watchable, uptempo style of basketball though.

The Hawks have a nice head start in their rebuild, mostly thanks to the emergence of young versatile wing Taurean Prince.

For the first time in what feels like forever, the Kings won’t be making a futile effort to sneak into the playoffs. The fact that coach Dave Joerger is letting the young guns (like rookie De’Aaron Fox) play heavy minutes should be a welcome sight.

Just like (almost) every other rookie from this class, Dennis Smith looks like the real deal. Nevertheless, Dallas is in disarray. The Nerlens Noel situation seems ready to boil over into Bledsoe territory at any moment.