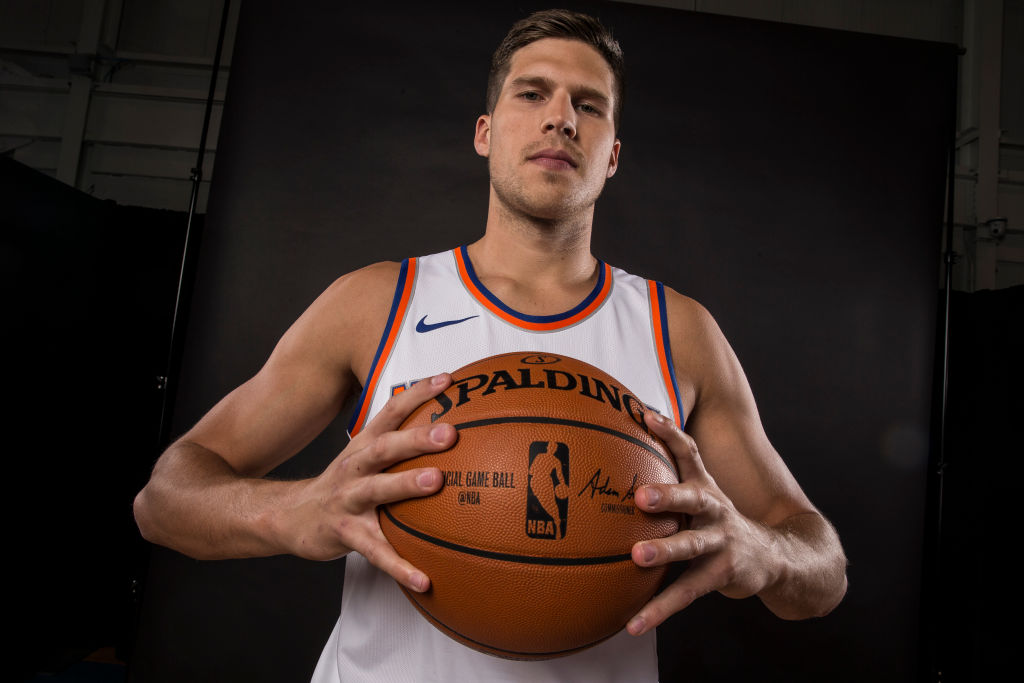 The (6-4) New York Knicks are one of the most surprising teams that have proved analysts wrong during the 2017-18 season so far, and suddenly former team president Phil Jackson isn’t looking to be as clueless as he was made out to be.

New York fought back from a 15-point deficit to defeat Charlotte on Tuesday night, and the team has now come back to win from 15+ points down in consecutive games for the first time since 2006.

The Knicks are winning, and have shown a lot of determination in coming back from trailing by double digits in doing so. This statistical nugget from Elias Sports Bureau puts their recent impressive comeback wins into perspective.

Knicks have won back-to-back games when down by double digits entering 4th Q for first time in the shot-clock era (since 1954-55), per Elias

Knicks forward Doug McDermott is one of the reasons the team was able to beat the Hornets, and he seems to be motivated in playing for his new team. McDermott (along with Enes Kanter) was acquired by the Knicks in September via the trade involving Carmelo Anthony and others, and he scored 20 points in the 118-113 win.

McDermott spoke about why he’s been having success on the court over the past few games after the win.

“I’ve felt more comfortable the last few games,” McDermott said, via Peter Botte of the New York Daily News. “I think a lot of it is guys that haven’t played together a whole lot are getting used to each other…I was just trying to be aggressive tonight, trying to be a shooter, that’s what I do.”

He then made a bold statement about how high the ceiling is for the Knicks.

“They were killing us in the first half. So at the half, Lance gave a big speech, that we have to really lock in here and can’t allow that to happen,” McDermott said. “And having a guy like KP, who’s playing the best basketball in the NBA, having a guy like him makes our job a lot easier…I think the sky’s the limit for this team. I think we can surprise some people.”

McDermott isn’t wrong about the Knicks surprising some people, as the team has already done that. But as far as the sky being the limit, we’re not buying that particular statement. If the Knicks manage to finish the season at .500 or better, many would view that as a success, given what was expected of them. Still, there’s a lot to be excited about, with the team having won six of its past seven games. We’ll see if they can keep up their winning ways going forward.