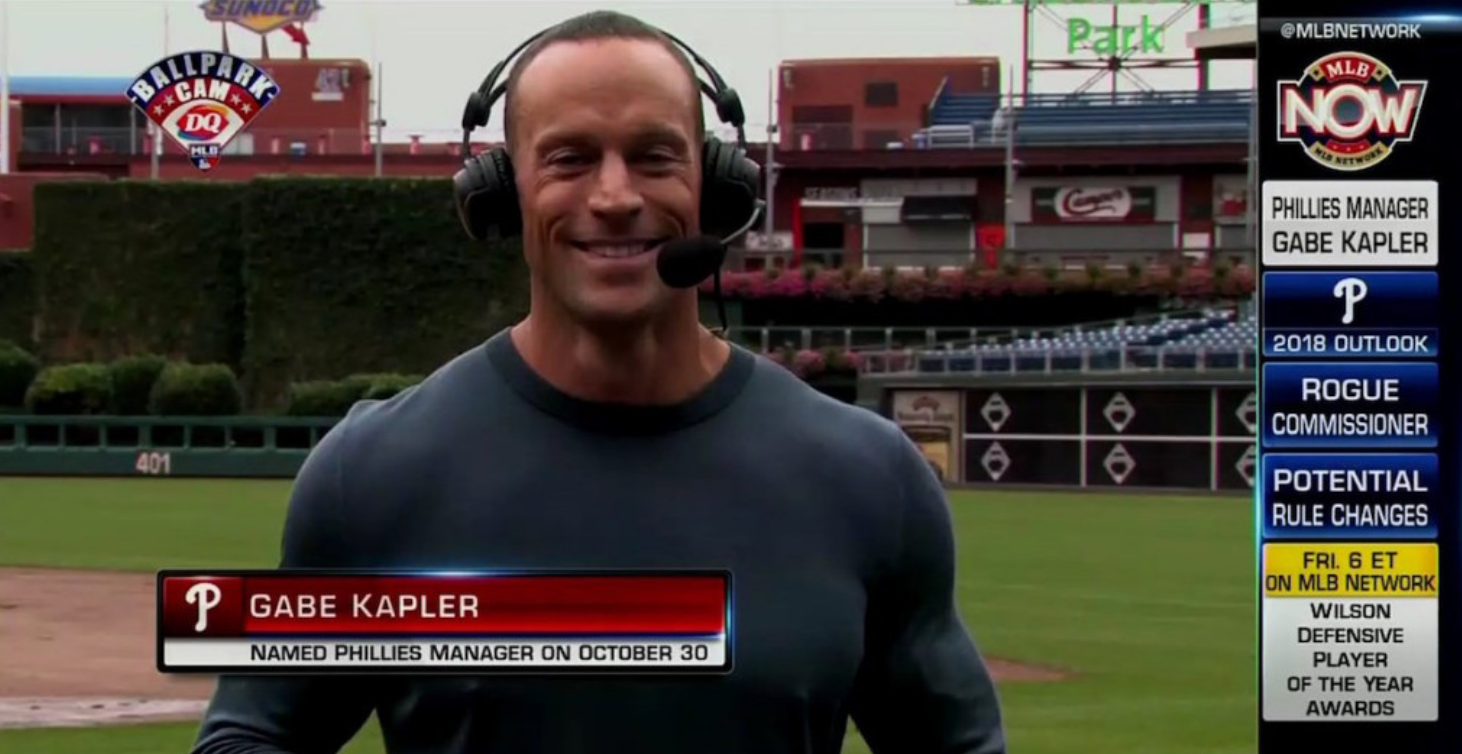 It seems unlikely that the Phillies will be out of shape at any point during the 2018 season, as the new manager they recently hired is more ripped than most of them.

Former MLB player Gabe Kapler is now the team’s manager, and he appeared on “MLB Now” Thursday for an interview.

In watching the interview, we soon realized that Kapler’s arms alone took up a good portion of the live shot. Check out how jacked he is.

Kapler, in the past, has spoke very fondly about coconut oil, and he consumes a lot of it. After seeing him take up the majority of our TV screen in that live shot, we will soon be buying some.