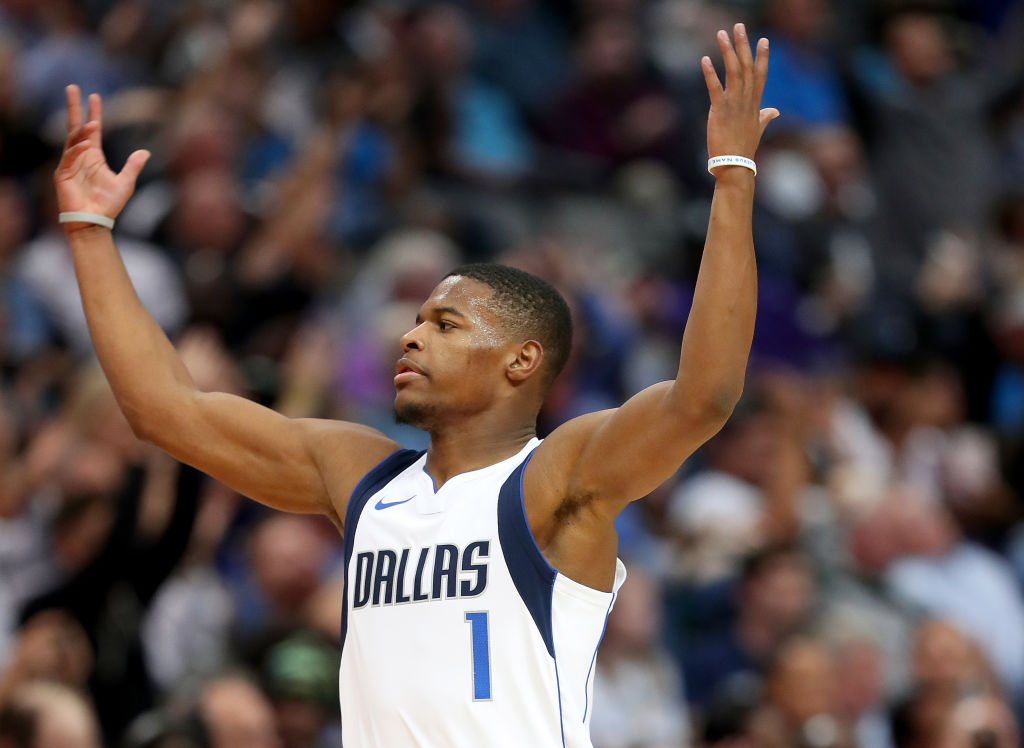 LeBron James hasn’t ruled out owning a team or working in a front office after his career is over, and he’s already providing some free advice to other NBA organizations on how to properly build a team.

James and the Cavs defeated the Mavericks on Saturday night, but the game was closer than expected, mainly because rookie point guard Dennis Smith Jr. turned in the best performance of his career so far.

Smith dropped 21 points on an efficient 8-of-16 shooting performance, and dished out seven assists as well. James was clearly impressed by his play, and he even took a shot at the Knicks for passing on Smith in praising him.

James told reporters Smith “should’ve been a Knick,” and added that “Dallas got a good one.”

“The Knicks passed on a really good one… He should be a Knick.” – LeBron on Mavs’ rookie Dennis Smith Jr. (via @townbrad) pic.twitter.com/ulpXV9r7zM

LeBron just can’t pass on the opportunity to troll the Knicks.