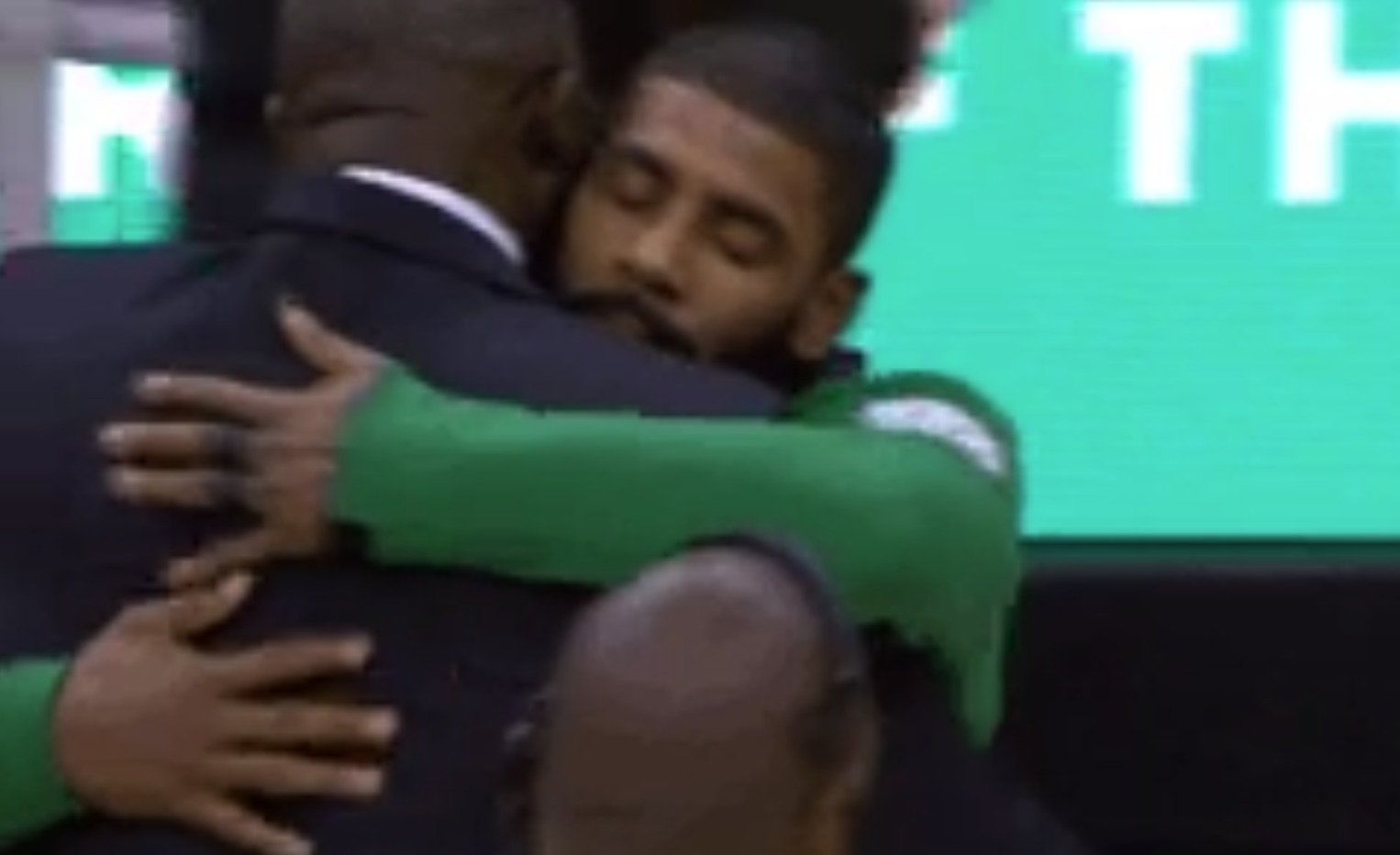 Kyrie Irving was seen showing some love for one of the greatest players in Atlanta Hawks history before Saturday’s game at Philips Arena.

Irving hugged and had some words with Hawks Vice President of Basketball Dominique Wilkins, who played for the team from 1982-94.

Irving went on to lead all scorers in the game with 30 points in the 110-99 win, so the Celtics guard clearly did not take it easy on Wilkins’ team.

Still, it was great to see two dominant athletes showing respect for each other on the court before the game.