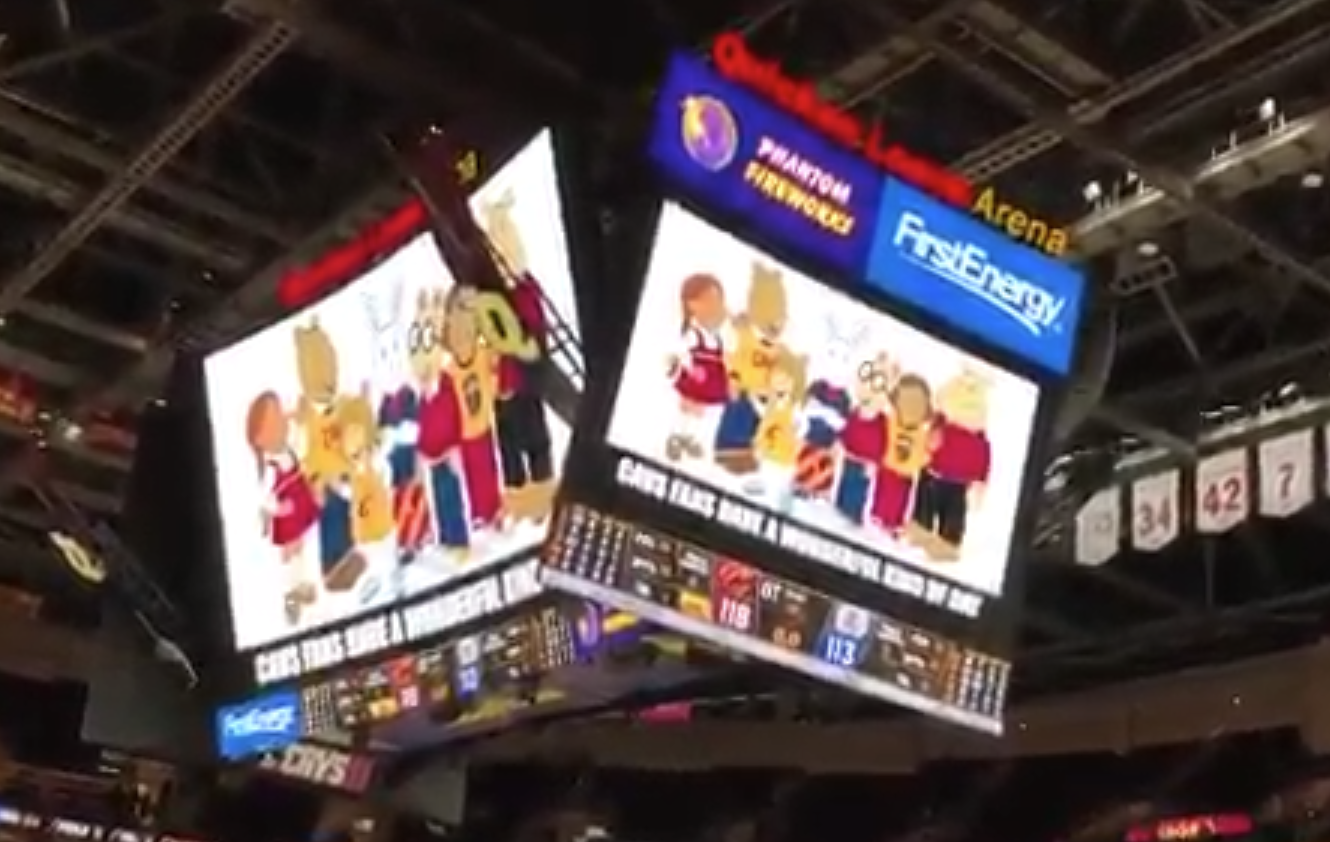 The Cavs never led at any point during regulation in Friday night’s game against the Clippers, but they turned up the heat late and emerged victorious in overtime, 118-113.

Cleveland trailed by 15 points with just over three minutes remaining in the third quarter, but managed to chip away at the lead and later forced overtime, with LeBron James leading the way in the comeback. James led all players in scoring with 39 points, and was the clear difference-maker in the game.

The thrilling comeback win had fans fired up, so the staff at Quicken Loans Arena elected to play the “Arthur” theme song on the video board after the game.

The Q played the “Arthur” theme song after the Cavs’ overtime win over the Clippers on Friday. pic.twitter.com/XZXiYBXnQO

James really opened Pandora’s box when he first posted the “Arthur” fist meme earlier in the month. At first, it appeared his Instagram post would have a short shelf life, but now teammate J.R. Smith is selling dad hats showing the popular “Arthur” meme, and the powers that be at Quicken Loans Arena are celebrating wins by paying tribute to the cartoon show on the video board.

If the Cavs go on to win a title this season, “Arthur” deserves at least a share of the credit for helping inspire the team.