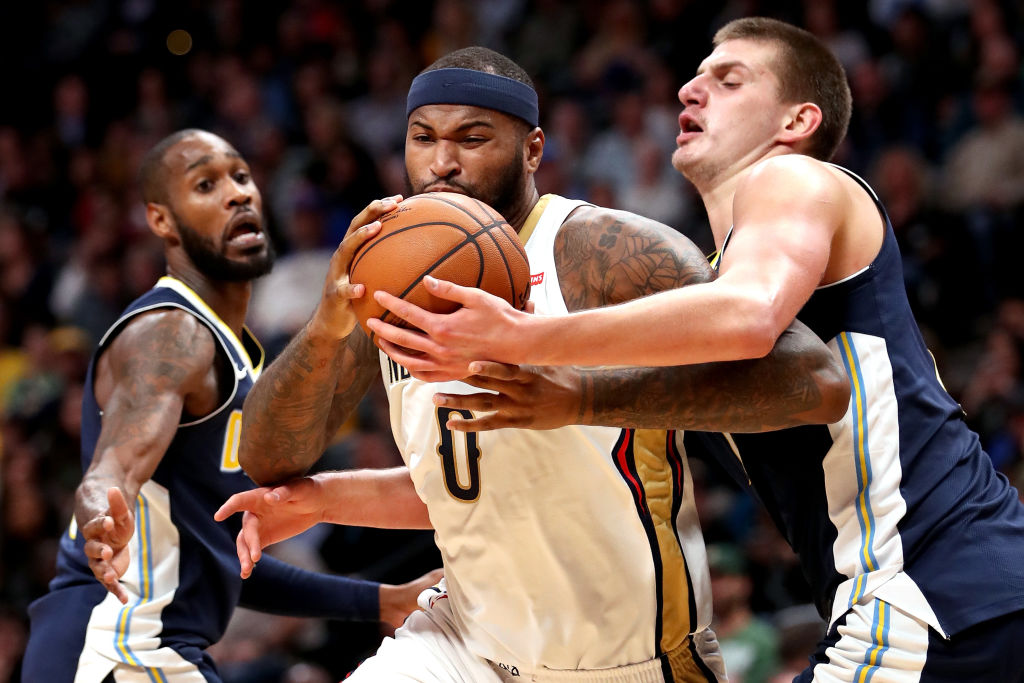 Denver,Co- The New Orleans Pelicans faced off against the Denver Nuggets Friday night at the Pepsi Center & the results weren’t good for the Pells. New Orleans were completely dominated by Denver from start to finish with a nuclear shooting Nugget team who shot 63% from the field & 51% from three.

To make matters worst the team lost superstar forward Anthony Davis due to a head but with Denver big man Nikola Jokic & is now under concussion protocol. The Pelicans other Big DeMarcus Cousin for the second straight game had foul trouble that limited his production. Cousins finished the game with 14 pts 6 rebs in 25 minutes of play. The aforementioned Anthony Davis played 21 minutes with the line of 17 pts 5 rebs before the injury.

Jrue Holiday added a mediocre 13 pts while ETwaun Moore put up 16 pts off the bench. The Pells were scorched by Denver worst than what Toronto did & now are on a 2 game slide. Denver’s top scoring players were:

New Orleans was noticeably out of rhythm tonight against Denver. I often reported that the Pells need to adjust the defense where they get more offensive rebounds & not leak out players in transition D. The turnovers were a major problem this year but they were low this game with 13. The Pells shot 53% from the field which is a positive BUT were dominated on the boards 52-33.

The Nuggets hit 10 more three pointers than New Orleans on the way to a massive blowout 146-114. It doesn’t get any easier for the Pelicans as the next few games are against Oklahoma City Thunder & San Antonio Spurs.