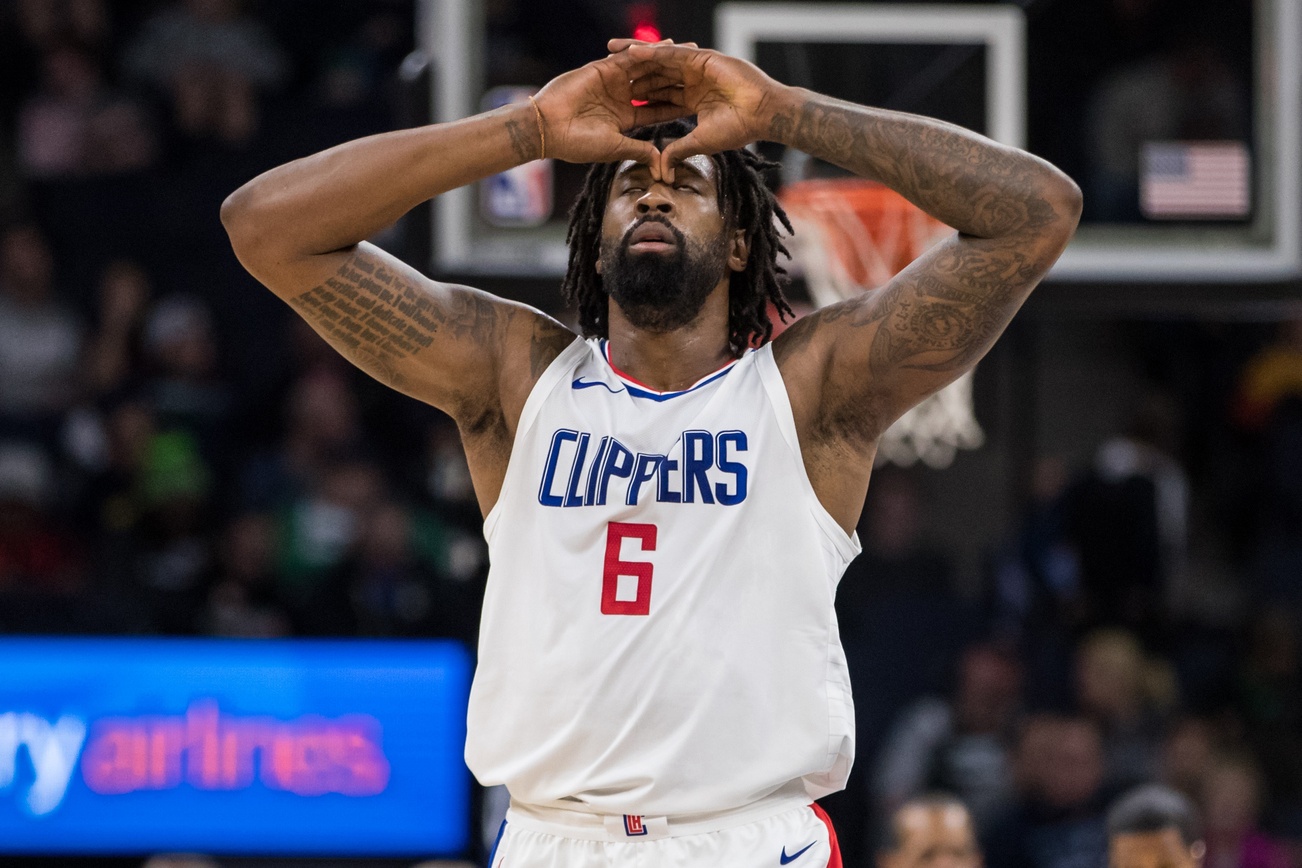 A lot has changed in the last month. Back on Nov. 6, the Grizzlies and Clippers were among the top teams in the league. Orlando was riding a hot streak. Cleveland and Milwaukee were off to pitiful starts. Denver, New Orleans and Indiana were all 5-5.

In case you aren’t already familiar with our powerless rankings, the number one team is the most powerless. Without further ado, let the fun begin.

Winners of three straight and sporting the eighth-best point differential league-wide, the Thunder likely won’t remain on this list come January. If that proves false, it may be time to start panicking about Paul George packing up and leaving this summer.

Kristaps Porzingis appears set to return to action, and the Knicks were my pick for the most pleasant surprise thus far this season (in our recent roundtable). If New York ever possesses any cap space, they’ll have a young superstar to build around.

Hassan Whiteside is likely out for another week, but the Heat are (unsurprisingly) hanging in the race for the postseason.

Perhaps with Nicolas Batum back in the fold the Hornets will make a push into the playoff picture. Props to Jeremy Lamb for helping keep Charlotte somewhat afloat.

A nine-game losing streak served as a reminder that the Magic are still pretenders rather than contenders.

The emergence of Spencer Dinwiddie, Rondae Hollis-Jefferson and Caris LeVert have helped the Nets faithful forget the fact that D’Angelo Russell is out indefinitely following knee surgery.

The Lakers receive the nod over the Clippers because of all the young talent on the roster. Even without the hype surrounding their odds in future free agencies, it looks like the Lakers could soon steal back the title belt for the best basketball team in L.A.

Glass Blake Griffin is sidelined again. Alliterative (and somewhat uncalled for) jab aside, hopefully he can avoid the injury bug going forward. The fate of the next half decade of Clippers basketball depends on it. But Griffin isn’t the only one who’s injured. Pat Beverley. Danilo Gallinari. Patrick Beverley. Milos Teodosic. If DeAndre Jordan suffers an injury, we know the Clipper curse is back. (DJ has missed just seven games over the last seven-plus years.)

Marc Gasol after the #Grizzlies snap the 11 game losing streak: “Overall, we won so f*ck it.” pic.twitter.com/FlGTCqInCW

Coming off a 46-point explosion during a win in Philadelphia, Devin Booker had to be helped off the court by teammates. Luckily he won’t be sidelined for too long.

I have a seat on the De’Aaron Fox bandwagon, but this is not a good sign.

The last thing the Kings need as a young rebuilding team is locker room turmoil, if that’s what this is.

Dallas has won two in a row (and five of the last eight). Maybe (just maybe) it’s too soon to count them out of the playoff race?

Recent injuries to John Collins and Dewayne Dedmon might result in another lengthy losing streak for Atlanta.

Losers of nine straight heading into Wednesday’s matchup with the Pacers, the Bulls aren’t worse than most thought they’d be, but they also aren’t any better. The draft can’t get here soon enough.