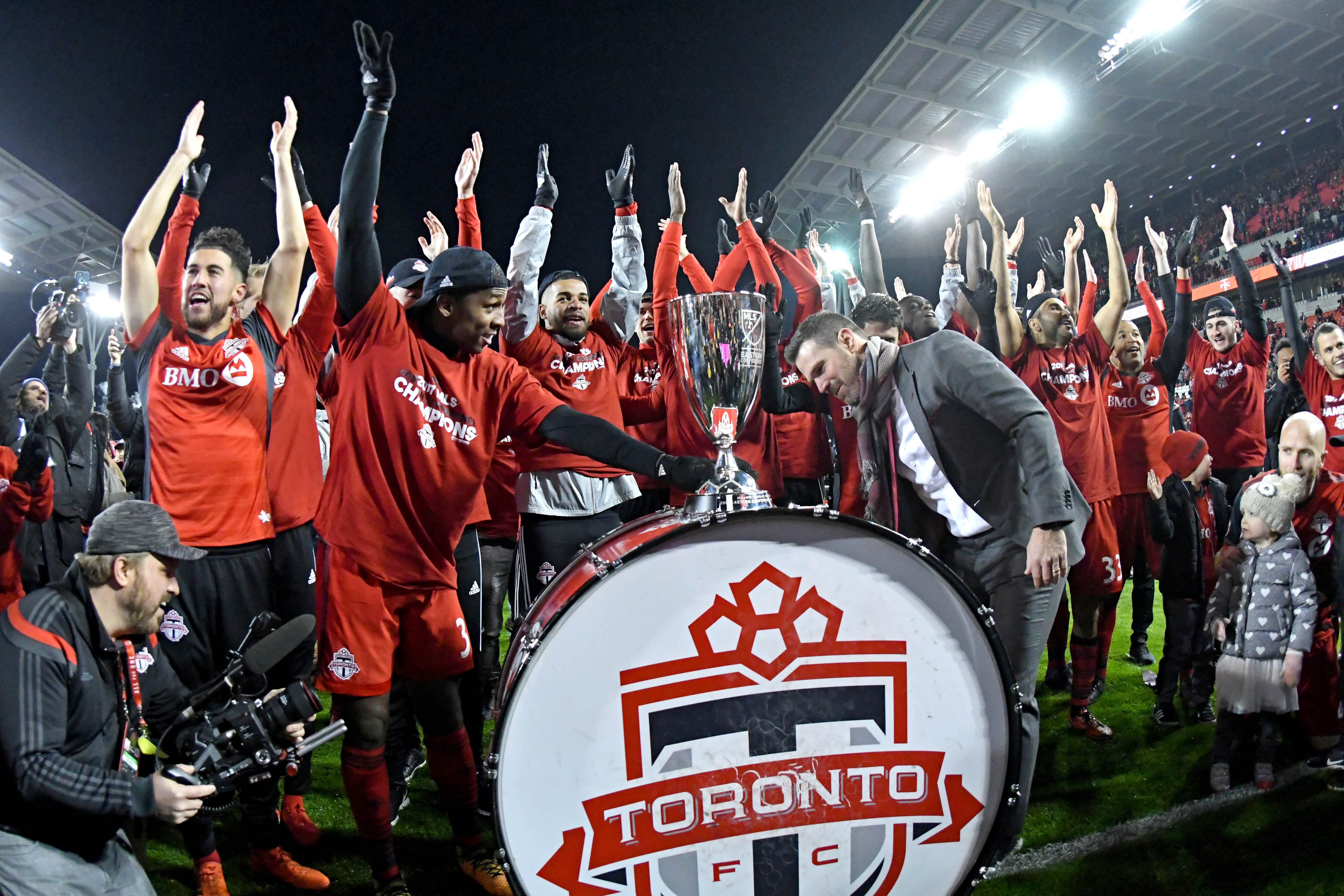 The MLS Cup final is set to kick off on Saturday, and the much-talked-about match between the Seattle Sounders and Toronto FC at BMO Field will soon showcase the two best teams MLS has to offer. And, most importantly, it’s a rematch of last year’s championship game.

Toronto will be looking to add to their silverware this season, having already won the U.S. Open Cup and the Supporters’ Shield, with a record-breaking 69 points (eclipsing the previous record held by the LA Galaxy in 1998). Seattle finished near the top of the Western Conference standings, but ended up in second place due to a tiebreaker with Portland.

The Sounders will be looking to repeat as champions, and the match is expected to be a highly-competitive one. Only one team is awarded the opportunity to hoist the Philip Anschutz Trophy when it’s all said and done, though, so expect these dominant squads to leave it all on the field.

Here are five storylines to watch in the final match of the 2017 MLS season:

Clint Dempsey is scoring big goals and in peak form

Seattle won the 2017 MLS Cup finals without him,  butthey did so without recording a shot on goal, and most would agree that they are a better team with Dempsey on the field. After an irregular heartbeat hindered his success early in the season, no one really knew how the veteran would fare as the season progressed.

Well, as it turns out, Dempsey is now in peak form, and he has scored three goals combined in his last three playoff matches.

Dempsey tallied 12 goals and five assists during the regular season. He’s always a dangerous man on the pitch, and even at the age of 34, he shows no signs of slowing down anytime soon. After missing last year’s MLS Cup final, expect Dempsey to be a major factor in Saturday’s match. His grit and determination — coupled with his propensity to score in big games — make him a potential game-changer in the league’s championship game.

U.S. Men’s National Team striker Jozy Altidore has been clutch throughout his MLS career, scoring six playoff goals since his return to the league in 2015. His goal in the team’s most recent match against Columbus helped propel Toronto into the MLS Cup final.

It’s important to note that while Altidore is slated to play in the game, he has been dealing with a nagging ankle injury, and he even took himself out of the last match after scoring the game-winning goal. Although Toronto has other goal-scoring options (most notably Sebastian Giovinco), the team is far better with the physical Altidore on the field. While the Sounders can counter his size with defenders such as Roman Torres on defense, Altidore’s nose for the ball makes him a dangerous matchup, and his presence on the field will be vital for Toronto in their hopes to emerge victorious in the match.

Sounders star midfielder and playmaker Osvaldo Alonso suffered a quadriceps injury in September and had been out of the lineup until appearing briefly as a substitute in the first leg of the Western Conference semifinals against Vancouver. The team elected to have Alonso sit out and rest following that Oct. 29 match, and the hope was that he would recover in time for the MLS Cup final, but he has been ruled out for the game after failing a fitness test on Thursday.

The Sounders should be able to cushion the blow with Gustav Svensson slotted alongside Cristian Roldan, as well as playmaker Nicolas Lodeiro in the midfield. While much has been made of Alonso’s injury, expect Seattle to field a strong midfield in his absence thanks to their team depth.

Bradley was (unfairly) booed at Mapfre Stadium in the first leg of the Eastern Conference finals following USMNT’s failure to qualify for the World Cup, but the fact remains that the midfielder has put together an exceptional 2017 campaign. With Altidore and Giovinco receiving most of the team’s praise, Bradley has solidified Toronto’s defensive midfield, often starting the attack or threading the needle on through-balls to set his teammates up with goal-scoring chances.

The veteran is the glue that holds his team together, and he knows how to perform on the big stage. TFC will need for him to turn in another strong performance if his squad is going to win the Philip Anschutz Trophy on Saturday.

Two of Seattle’s speedy defensive backs, Joevin Jones and Nouhou Tolo, are known for cheating up and taking chances on the offensive side of the ball, so it will be critical for Toronto to be able to thwart their attempts. Furthermore, TFC should be able to counterattack to create goal-scoring opportunities when the defenders are caught pushing up.

Much of the responsibility to handle Seattle’s counterattack will fall on Steven Beitashour, one of the fastest players on TFC’s back line. Countering the aggressive play from the Sounders’ speedy backs will be vital to Toronto in their hopes of slowing down Seattle, while also creating scoring opportunities at the same time.

The 2017 Sounders are an even better squad than the one that defeated TFC last season, with the added depth in their midfield. This year’s MLS Cup trophy will remain in the United States, with the entertaining match featuring plenty of scoring chances to keep fans on the edge of their seats.