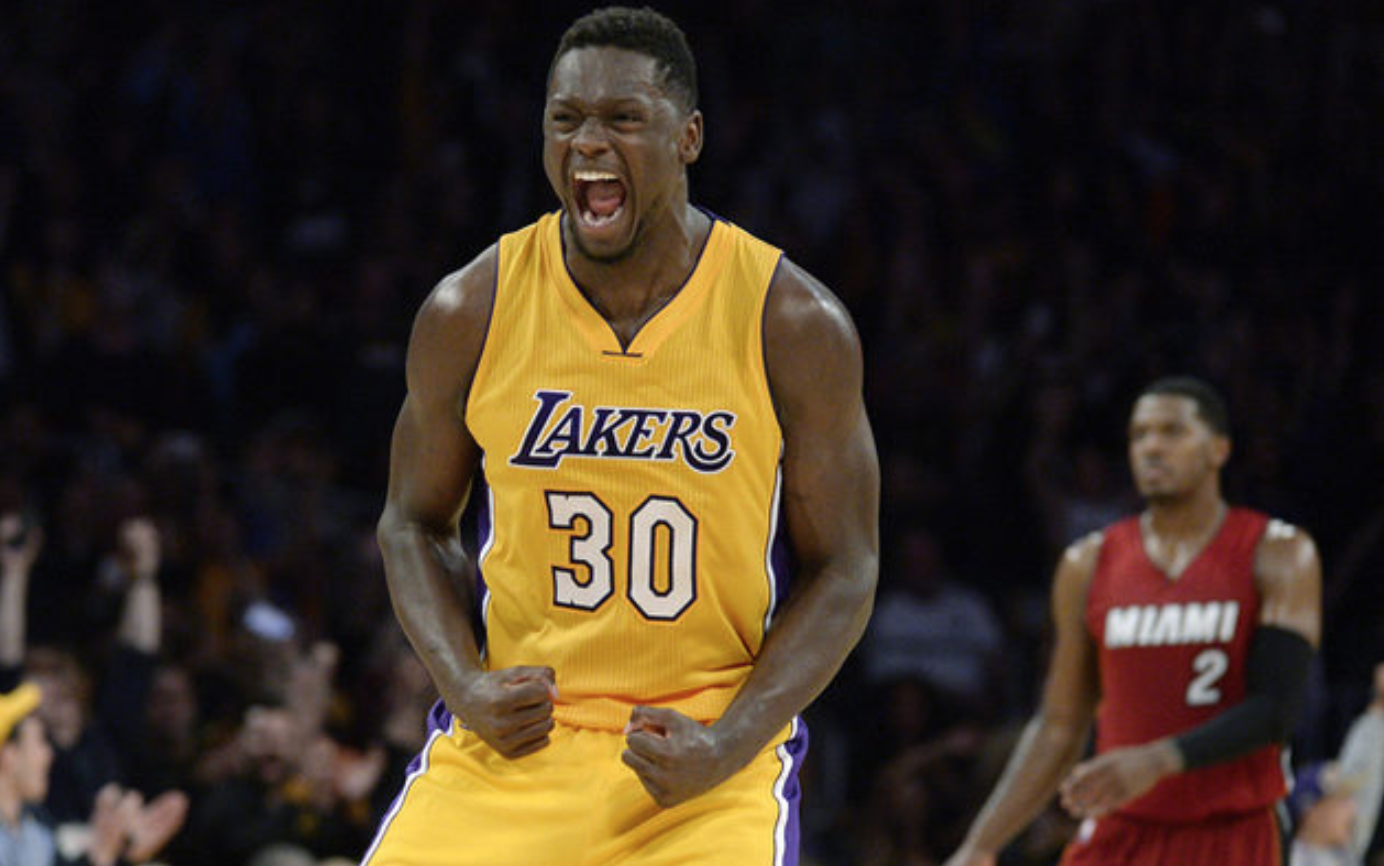 The (11-22) baby Lakers have been struggling on the court, which has caused fans and analysts to look forward to what they believe will be better times, in 2018.

It’s no secret that the Lakers will be active in free agency, and may target superstars such as LeBron James or Paul George (if he chooses to opt out of his current deal).

That’s why the team appears to be doing whatever it can to clear cap space, so they can make a big move over the summer. With that said, both Jordan Clarkson and Julius Randle appear to be on the trade block, as the Lakers would “love” to move both, according to a report from Tania Ganguli of the Los Angeles Times. It reads:

Randle’s situation is worth watching, though. The Lakers would love to trade him if they could, and Jordan Clarkson fits in that category too. Both players know they have been offered in trades by the Lakers, and they’re handling it in different ways.

Clarkson is due to make $12.5 million next season, with Randle set to become a restricted free agent in July. The team would have the option to not tender a qualifying offer, which makes the idea of trading him less necessary than moving Clarkson.

It’s important to note that both of these players are fairly young, and neither have proven to be assets that could immediately help improve a team’s roster. If an opposing team were in “win-now” mode, it’s unclear if either of those two would help accomplish that feat, which makes the decision of trading for them players questionable. Normally, as it relates to in-season trades, organizations look to acquire seasoned veterans, and neither Clarkson nor Randle falls into that category.