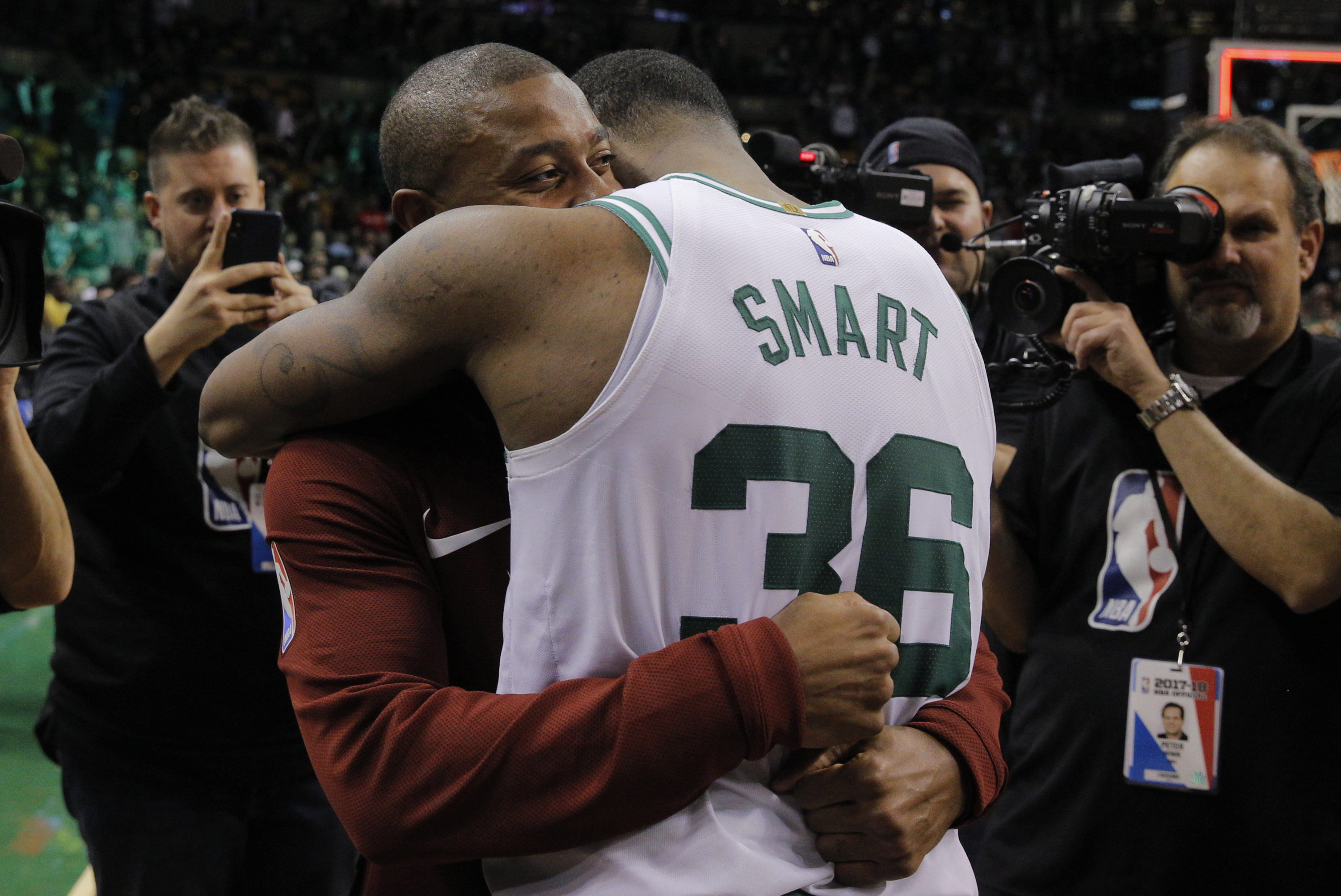 A big night for bench player Terry Rozier, who capped off the night with 20 points (team high) helped the C’s carry past the Cavaliers 102-88 in the return of Isaiah Thomas/Jae Crowder at the Garden as visiting players for the first time.

Along with Rozier’s stellar performance, the balanced effort of the Celtics, having 3 starters snatch more than 8 rebounds and more than 50 rebounds as a whole unit (52) capped off a solid win against a struggling Cavs team. With Thomas on the sidelines due to the hip injury suffered dating back to last year, which has taken away playing time into the new season, he received a much awaited standing ovation from the humbling crowd of Boston. New Cavs partner Jae Crowder is the odd man out from the media attention of IT, but was returning to the Garden as well, putting up a 6 point 9 rebound performance in 28 minutes. Following Rozier’s blazing start, Marcus Smart and Jayson Tatum each split 15 points, Tatum highlighting a sweet Eurostep move in the beginning of the fourth quarter. Jaylen Brown chipped 14 points and 8 rebounds while center Al Horford scored 11 with 9 boards pulled. Point guard Kyrie Irving was nearing a triple double with 11 points 9 rebounds (rare amount for Irving) and 6 assists.

Problems have been lingering for the Cavaliers, as the focal point starts with star forward LeBron James. As a team, the Cavaliers shot just a smidge under 35% compared to Boston’s 44% percentage, a true testament for shot selection and utilizing shots. James led the team with 19 points to go with 7 boards and 6 assists, hovering near triple double statistics while having to rely on the bench for scoring primarily. Former Celtic Jeff Green (13 points) and center Tristan Thompson (10 pts 10 boards) help garnish some offensive rhythms to try and match up with Boston, but failed short of the W. Sharpshooter Kyle Korver led the bench with 15 points, burying 5 out of 8 three’s. Despite the shaky field goal percentages and daggering 25% from behind the arc, Cleveland was perfect from the free throw line, taking in 18-18 from the stripe. Boston has head free throw troubles this year, as they collectively shot roughly 73% from the line tonight.

A cheerful return for some former Celtics, Boston took the win with ease and now moves on to hosting Jimmy Butler and the Timberwolves this Friday night at 7 pm et.