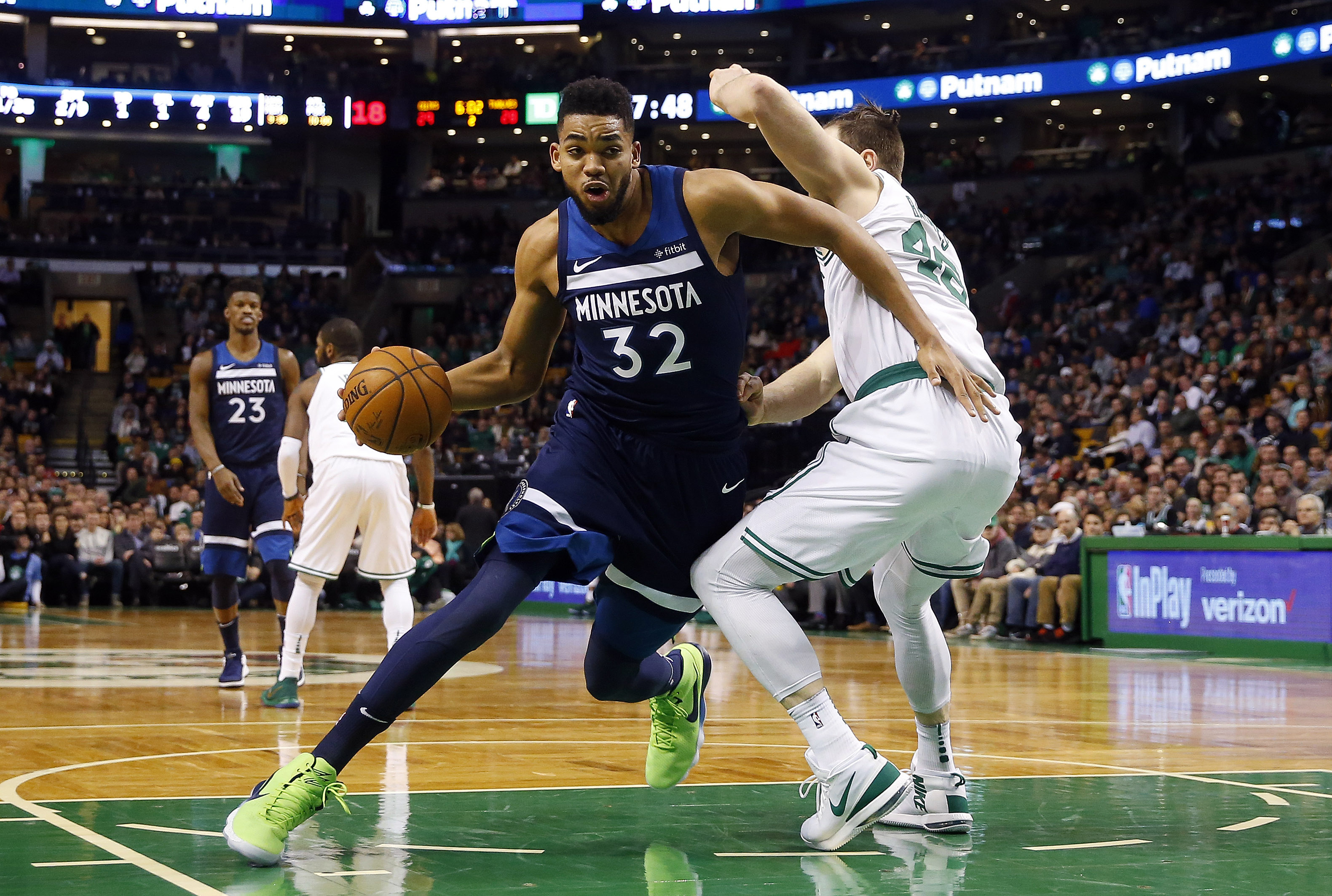 A game that was led by Boston for the majority, the grinding, low scoring type of play was in full effect with poor shooting percentages and lots of hard hustle fouls.

Both teams struggled from the field, ultimately Boston (32-10) winning the duel on this freezing Friday evening. Shooting around 40% as a club, Brad Stevens and company overcame the shooting woes early on and helped put up 25 points in each of the last two quarters. Marcus Smart guided Boston offensively with a team high 18 points off the bench while emerging star guard Terry Rozier throttled to 14 points and grabbing 9 rebounds. For the starters, Kyrie Irving led the club with 16 points 9 rebounds and 8 assists, again hovering over triple double numbers. Irving was a strong point of attack for offensive firepower early on, coming off the bench after short intervals of rest (37 minutes played) to keep up with the grinding Minnesota defense led by Jimmy Butler. Aron Baynes and potential ROTY Jayson Tatum each contributed 11 points while Al Horford filed the stat logs with 7 points, 5 boards and 8 assists. As a team, rebounding was a major concern against the TWolves with 7 foot talent Karl Anthony Towns lingering around the hoop.

A big effort from Minnesota (24-16), allowing Boston to gather its fourth consecutive victory is currently the longest in the NBA. For the TWolves, the perennial superstar Karl Anthony Towns led the entire game in points and rebounds (25 pts 23 rebounds) and had a double double through the first half. Sidekicks with Towns, guard Jimmy Butler garnered 14 points and the never aged Jamal Crawford scored 13 off the bench while achieving another milestone. Crwaford early in the game attempted his 6,000th career three pointer, the third most all time only trailing sharpshooting nightmares Ray Allen and Reggie Miller.

The Friday night win does not last an extra day of waiting as Boston is set to play Brooklyn once again after a close 108-105  victory not too long ago tomorrow night at a early time slot of 6 pm et.