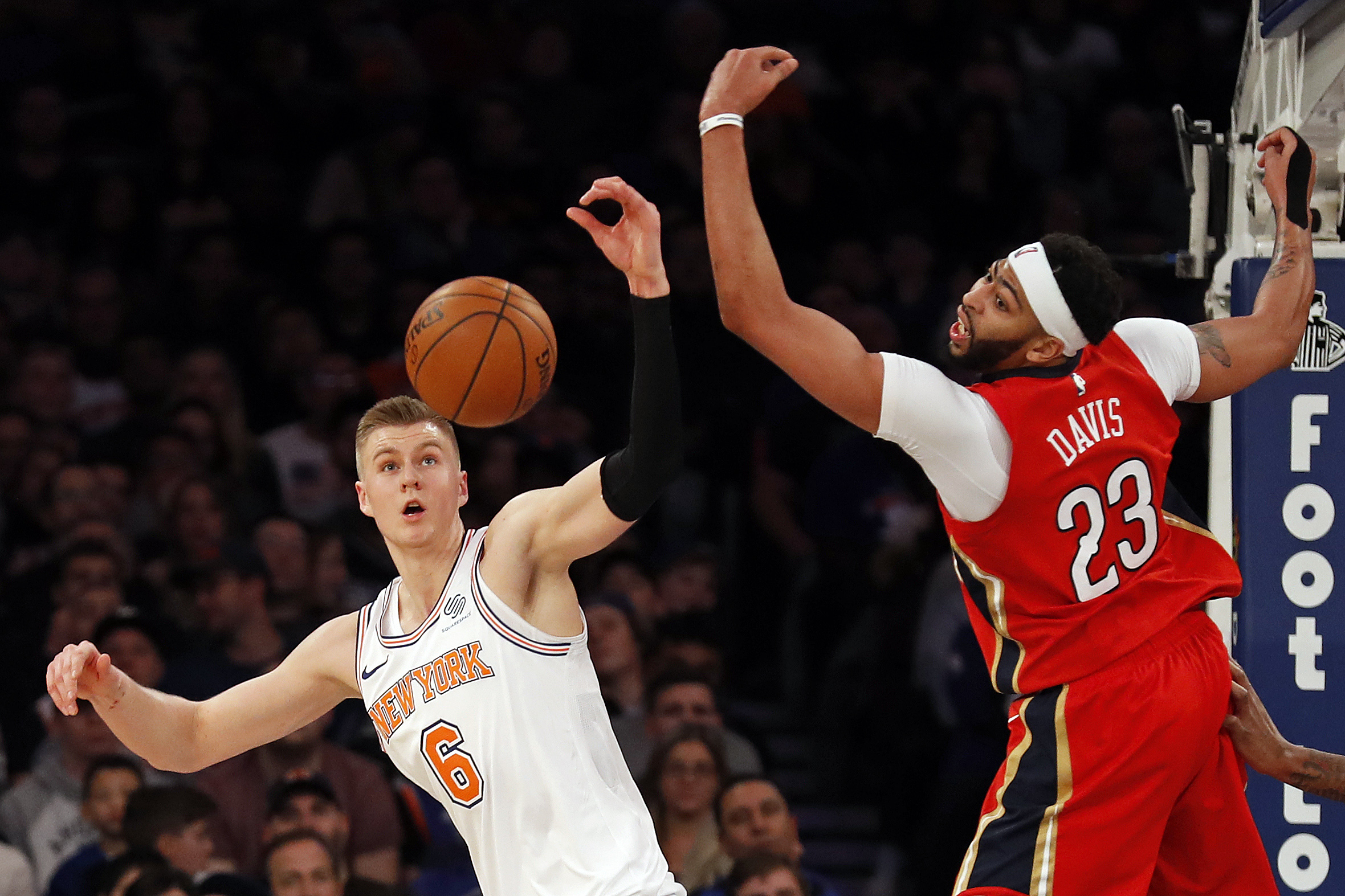 New York, NY- The New Orleans Pelicans traveled to one the worlds most famous arenas Madison Square Garden to take on the Knicks. The Pelicans started this game struggling offensively, struggling defensively & turning the ball over. The Knicks held the Pelicans to a 13 point first quarter, then later exploded for a 39 in the third & were up by 20 points at one point in the game. The Pells did rally behind the excellent play of team star Anthony Davis & Jrue Holiday in the fourth to widdle the lead down to force over time. New Orleans defense did turn up the pressure when they needed to despite the fact DeMarcus Cousins was dealing with foul issues. Davis put on a LeBron James type performance at MSG as New Orleans scored 14 points in the overtime period to seal the win.

The Pelicans shot 47% from the field & 28% from outside for the game. The Pelicans Head Coach Al Gentry played only a 8 player rotation as Davis hit a serious of fall aways, lay ups & dunks on the way to a 48 points 17 rebound night. The Pells made enough stops and rode the hot hands of Davis & Holiday to a 123-118 victory.

With the victory New Orleans win their second in a row and overall record is now 22-20 which is good for third place in the Southwest Division. The Pelicans next opponent is the Boston Celtics (34-10) Wednesday Night at Boston. The Celtics are currently on a 7 game winning streak & are the top ranked team in the Atlantic Division, led by All-World point guard Kyrie Irving.

NOTES- The New Orleans Pelicans inked exciting young guard Mike James to a 10 day contract yesterday. James who played collegiately for Lamar University, signed with Phoenix early this season & was eventually released. James averaged 10.4 points a game during his time with The Suns.

LISTEN TO THE SPORTS COMA WITH BIG Q & THE GUYS