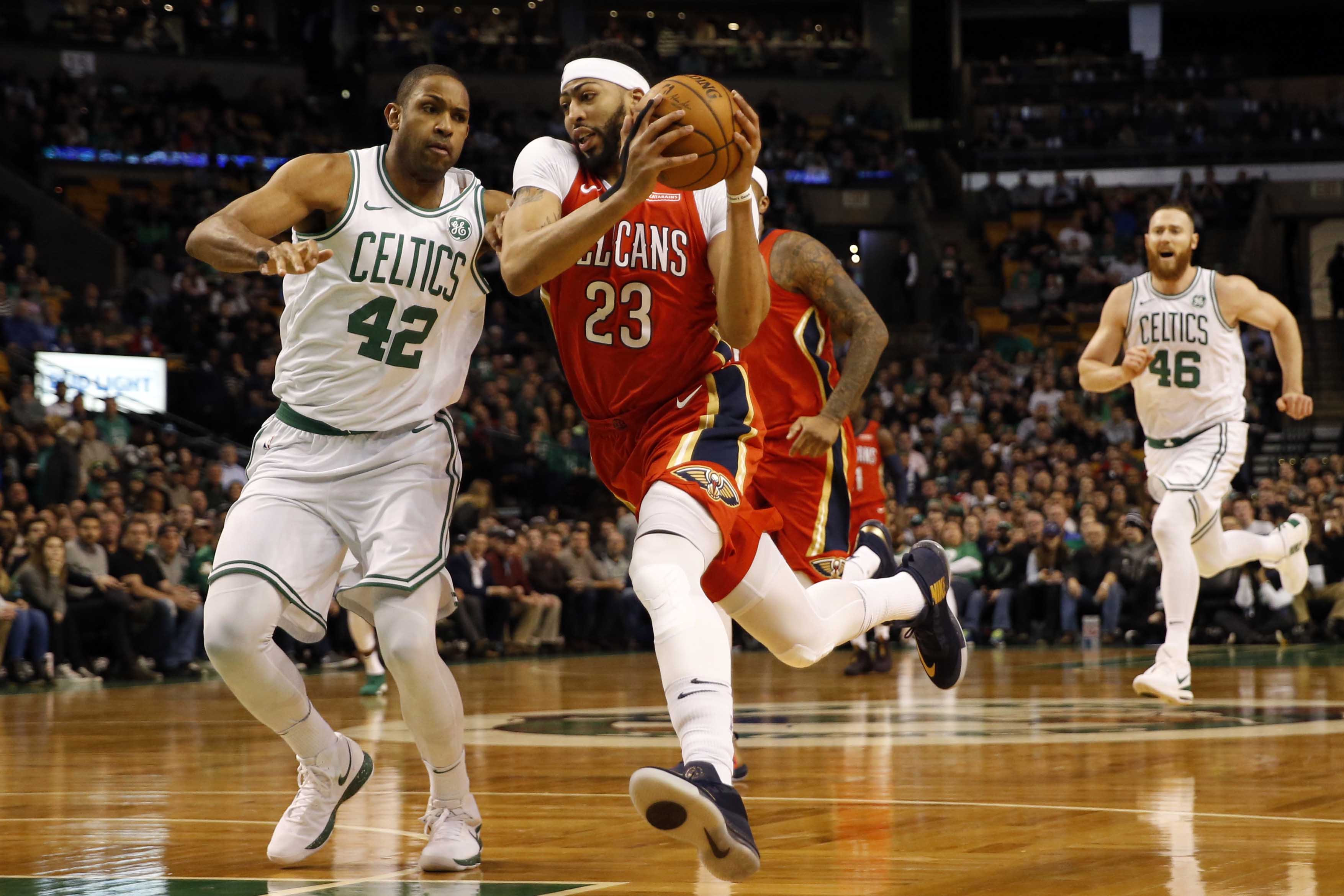 Boston, MA- The New Orleans Pelicans traveled to Boston Tuesday night for an interesting match up with the Celtics. The Celtics are the best team in the Eastern Conference at 34-10 & their 18-5 at home. The Pelicans coming off two straight wins face a hot Boston club who are winners of 8 in a row, so somethings gotta give.  The Pelicans started the game being very active defensively & attacking Boston offensively, paying major attention to Kyrie Irving.

New Orleans shot 50% in the first quarter, had 14 rebounds, dished out 7 assists & added 7 points in the paint. The trend continued in the 2nd quarter for the Pells as Boston had no answer for the Pelicans Anthony Davis who added 25 points & 8 rebounds at halftime. The Pelicans smothering defense held the Celtics to 48 points & scored 58 themselves as they neutralized Boston’s Kyrie Irving who was 0-5 with 3 points at half.

The Celtics kicked into gear in third quarter namely Kyrie Irving scoring 16 points alone to help his team get a little closer. New Orleans continued to play hard defensively, not turn the ball over & place it in the hot hands of Davis, Holiday & Ian Clark. The Pells looked very impressive thru 3 quarters scoring 29 in the third but Boston did get 32, closing the quarter 87-80. The fourth quarter opened & the Celtics seemed determined to change the momentum in their favor as Irving penetrated the paint with lay ups. The Pells continued to show impressive resolve tonight as Anthony Davis led his team into the final quarter. New Orleans hell-bent on putting Boston down as they looked totally different then what we are accustomed to seeing. The Celtics & Pelicans battled to a tie forcing overtime at 104-104.

In Overtime the two teams continued to fight as if it was a playoff game as Jrue Holiday, Anthony Davis & DeMarcus Cousins came together with defense & offense to help collect a major victory against the Boston Celtics 116-113. New Orleans outscored Boston 12-9 in overtime to win their 3 strait & a huge win for the Pelicans.

The Pelicans put on a major show & did not let up as New Orleans is finally hitting on something special. The team is now 23-20 overall after their third straight win & get ready to face Atlanta (12-31) Wednesday night in Atlanta.