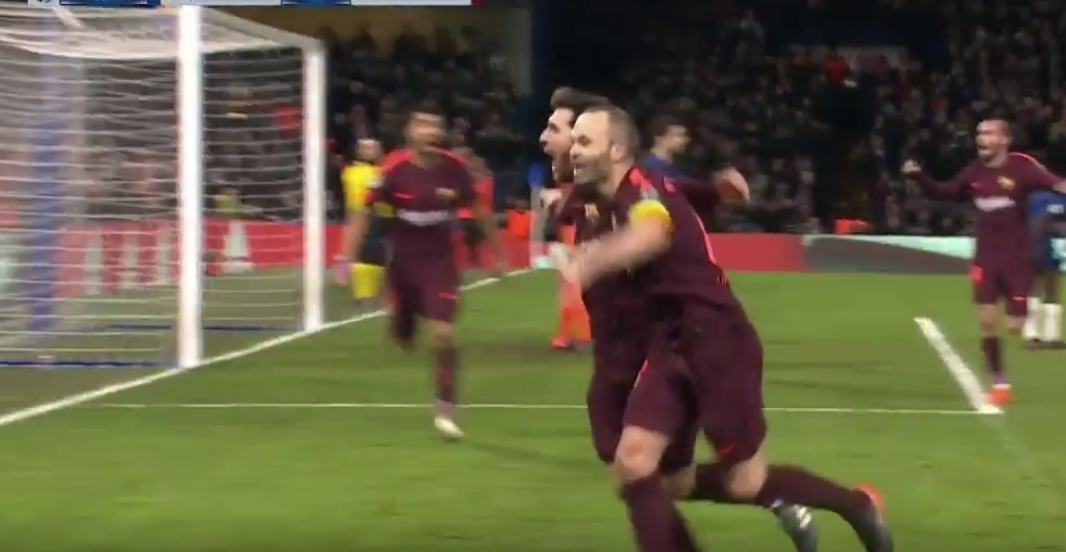 At this point in Lionel Messi’s career, there really isn’t much that he hasn’t accomplished.

He added to that list on Tuesday, when he scored against Chelsea for the first time in his career. Messi saw his team trailing 1-0 in the 74th minute, and he came through with a huge away goal, shifting the momentum in the Champions League Round of 16 match.

Chelsea had a bad giveaway, which Andres Iniesta picked off. He then found Messi, who buried a shot from the outside of the box.

Who else but Leo Messi?!

Another one bites the dust.