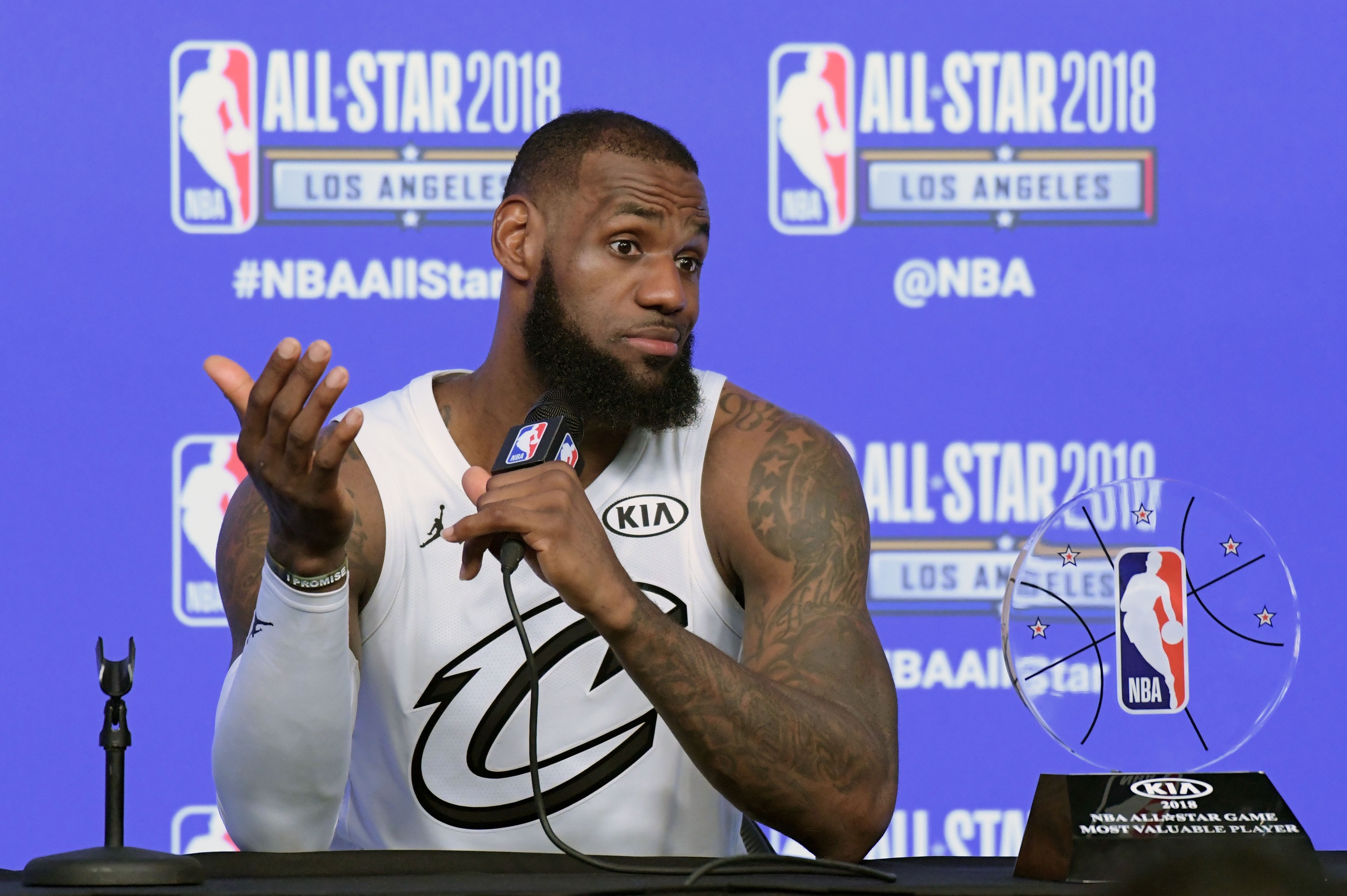 The NBA is awesome. That is why you are here. The NBA isn’t perfect. That is why I’m here to propose some reform to nudge it a little further towards perfection.

A hot topic over the All Star break was Adam Silver’s pursuit of meritocracy in the playoffs. A postseason that actually involves the 16 best teams regardless of conference affiliation has been a desired adjustment to the traditional East vs. West construct.

I’m completely on board with progressive changes, especially when we have spent the majority of the last two decades watching the 10th team in the West finish with more wins than the fifth team in the East. What has surprised me over the past year is the silence with regards to lottery reform – a hot topic no less than 24 months ago (when everyone had some opinion of Sam Hinkie’s Process in Philadelphia).

Exploitation of the lottery structure was met with significant scorn from the league office and ownership groups. As a result, Hinkie resigned and the NBA smoothed out the lottery ball distribution between the bad teams moving forward. The general structure has remained unchanged though, and looking at the current NBA standings one can’t help but observe the obvious: the lottery race is way more exciting than the playoff race. Tankathon may have more views over the next few months than some tabloid sites. There are eight-to-10 teams that will spend the last 20 games of 2017-18 on a Don Quixote expedition for windmills, I mean ping pong balls. Conversely, the race to sneak into postseason play will feature just six-to-eight squads.

Tanking has never been more appealing! Ask Mark Cuban.
As long as a lottery exists, the motivation to tank will remain. And public comments by prominent owners such as Cuban leave the league in a precarious position: stay with the status quo or truly reward winning?
Now, lend me your ears as I preach a progressive idea that may flip the whole draft upside down for the better.
No more 30-minute specials with team representatives bringing their favorite teddy bears while the fates of franchises are decided behind closed doors under the auspices of Ernst & Young representatives.
No more commercial break as we anticipate the top three picks.
No more ping pong balls.
No more lottery parties.
No more tanking!
The Proposal
Introduce a single elimination tournament for the 14 teams that miss the playoffs!
See below for a potential scenario of how the main draw of this tournament would play out by current lottery standings.
Seeding goes by winning percentage: Clippers (1), Jazz (2), Pistons (3), Hornets (4), Lakers (5), Knicks (6), Bulls (7), Nets (8), Grizzlies (9), Kings (10), Magic (11), Mavericks (12), Hawks (13), Suns (14).

The Specifics
Home-court advantage: The higher seeded team gets to host the game. I considered suggesting using an NCAA style host city, but if we stick to valuing wins it is only right that the teams with the better records should have a true home-court advantage in a single-elimination setting.
Compensatory picks: The most glaring question with the tournament is the effect it could have on teams that have traded their picks away and teams with protected picks. Let’s address protected picks. The ability to protect picks is only relevant as long as a lottery is used. With a tournament in place moving forward pick protections will be eliminated. This will prevent teams from tanking games in the tournament to affect whether a pick conveys or not. As for addressing the motivations of a team that traded its first round pick away but found itself playing in the tournament: Simply give teams the incentive of a compensatory pick on a sliding scale for each round they win in the tournament. Quarter-finalists receive a late second (61st pick), Semi-Finalists receive a mid-second (46th pick), Finalists receive the 31st pick, and a champion can receive the 15th pick. Obviously this means the draft could have more than 60 picks, as the rest of the draft slots slide down a spot. So what? The draft doesn’t need to be uniformly 60 picks every season. This compensatory pick process is one of the things the NFL has done right. Totally worth stealing.
The Advantages
Revenue: TV rights for a tournament of this scale would sell for a good sum of money. The NCAA tournament is a gold mine. This could be too. This additional revenue could be shared by all 30 teams so that all 30 owners are on board with a tournament.
Fan Engagement: 14 fan bases that have important “postseason” games to look forward to. Heroes and legends could be made in this tournament. Imagine Donovan Mitchell hitting a game-winning shot to win the Jazz the first pick in the draft. Aside from making a Finals-winning shot there really couldn’t be anything sweeter.
Meritocracy: The lottery rewards teams for losing. Losing gives you a better shot at getting a sweeter pick. This flips the script. Winning gives you a better shot at getting a sweeter pick. That is how a meritocracy should work.
Potential Hurdles
Playoff vs Tournament: The teams on the fringes of the playoff bubble will have some interesting decisions to make in the final month of the regular season. Push for a playoff berth with the potential to play spoiler in the postseason or resist the temptation for a shot at a top draft pick and potential game-changing prospect. This decision will be so complicated and interesting that the conversation will make the last few games of the regular season both extremely important and exciting. Much better than the current state where the tankers keep tanking and the outcomes of games are essentially pre-determined.
Timing: Fitting in these extra games in the midst of the playoff games could actually be used to the advantage of the playoff teams. With rest and the health of players becoming a priority over the past few seasons, we can spread the playoff games out to allow for travel and rest. On off days for the playoffs, the draft pick tournament games would be contested.
Players Motivations: This is the most nuanced issue, but potentially a complete non-issue. There will be players on expiring contracts playing in the tournament that may not be particularly motivated to win draft picks for teams they may not play on in the future. Since every player is competing for their next contract and a slice of the pie – that financial reality is motivation enough. Players locked into their team may not want rookies stealing their playing time in the following season. This may not affect the play of starters, who should have the confidence to ward off rookies, and as far as the fringe players go – if they don’t compete, the rules of free-market economics will cost them a job eventually. Fear is often the strongest motivating factor.
Bottom Dwellers: This is the most depressing hurdle, but also the easiest to answer by the fundamentals of free-market economics. Teams that consistently perform as bottom dwellers for the regular season will get stuck with road games in the tournament, with the added risk of landing picks in the nine-to-14 range. Simply put, do better in free agency, do better in trades, do better with the coaching staff, do better in the single elimination tournament where you have a shot to put it all together for a few games. If you can’t do any of that, take Donovan Mitchell with the 13th pick or don’t let Giannis slip to 15th. Respect is earned. So are draft picks.
There you have it. The basic outline of a proposal worthy of discussion.
What are some potential issues I missed?
What are some necessary tweaks that would need to be enforced?
Are we ready for the future, or should we spend the present in the past?
All suggestions welcome – See Poll Below: