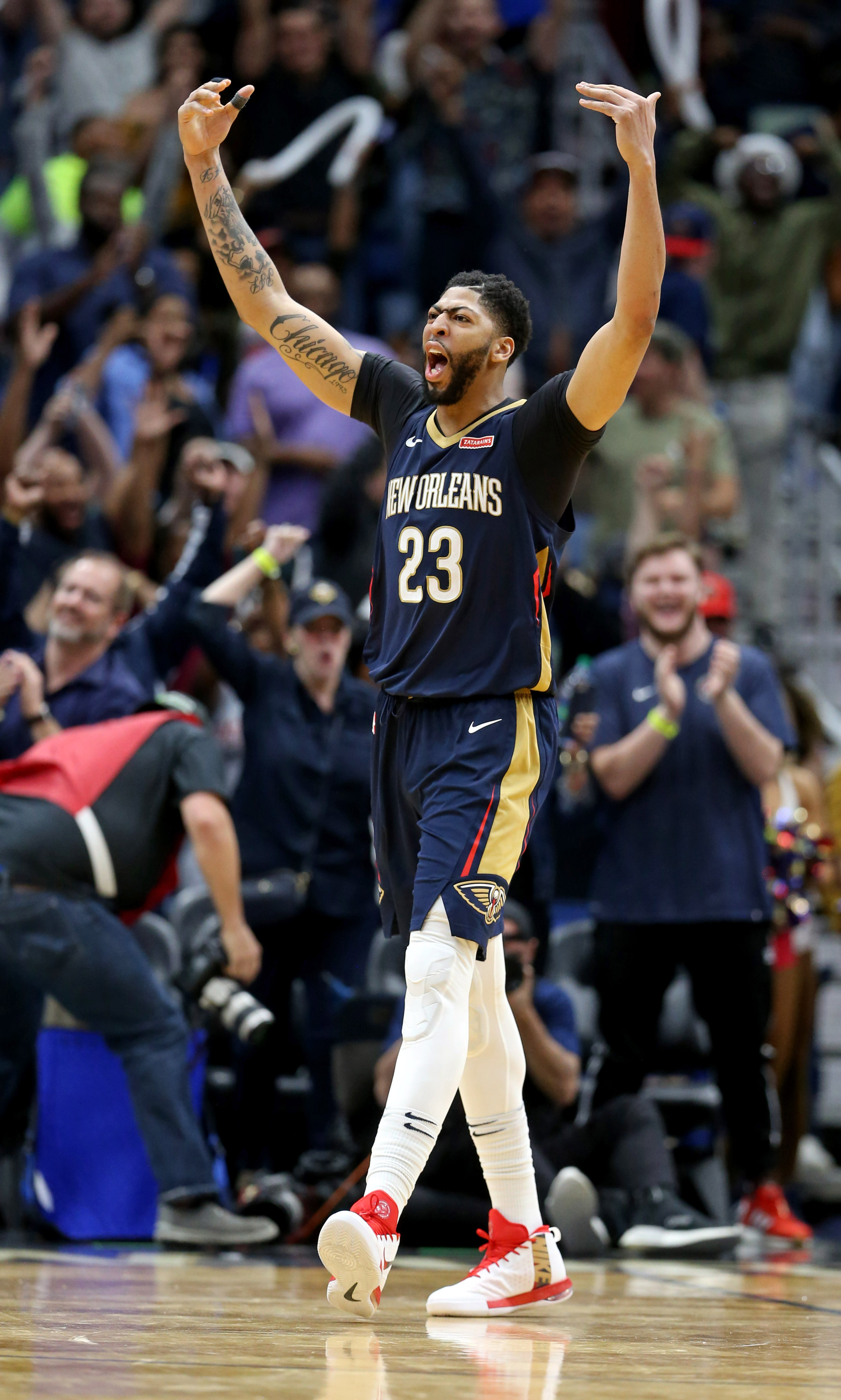 New Orleans,LA- The New Orleans Pelicans hosted The Miami Heat in the Smoothie King Center Friday in what would be an exciting game. The Pelicans & The Heat are both 8th seeded in their respective Conference rankings. New Orleans although is within a game or so from falling below the 8th spot because of the traffic jam of teams within 3 games of each other. If the Pells can win a couple more games while the San Antonio Spurs who are on a four game losing streak continue to lose games New Orleans can leap-frog them into the top five in the West.

BUT…Before that can happen the Pelicans have to take care of business with the Heat. New Orleans went back and forth with the scrappy & never say die Heat team as both battled in front of a crowd of over 17,000 fans. The Pells went 44% from the field, 26% from beyond the arc & 83% from the charity stripe. The statistics showed a close game as rebounds were 66-65 New Orleans, assists were 26-25 New Orleans & turn over were 15-13 New Orleans. The difference was blocks 13-5 Pelicans, fast break points 37-20 & points in the paint 70-62 Miami.

Anthony Davis was simply sensational as he continues to hoist up gaudy & historic numbers leading the Pells with 45 points 17 boards 5 steals & 5 blocks. Davis was everywhere playing with ferocity & intimidation, Miami didn’t have an answer for him. New Orleans guard Jrue Holiday who has continue to elevate his game to Allstar levels in absents of DeMarcus Cousins put up 29 points 9 assists & 7 rebounds. The major difference for the Pells are the reserves as team has found the scoring & defensive punch that the bench has lacked consistently all season long.

New Orleans reserve guard Ian Clark put up 21 points from the bench in 38 minutes of action, while Nikola Mirotic contributed 10 points & 9 boards. The Miami Heat who refused to go down were led by Allstar guard Zoran Dragic who was his team top scorer with 30 points 8 assists & 9 rebounds. The Pelicans eventually were able take the lead in overtime with a well placed floater by Jrue Holiday in which Miami couldn’t recover from, going down 124-123.

The New Orleans Pelicans(32-26) are now on a 4 game winning streak & are playing with a lot of confidence. The next match-up is a tough one game road trip to Milwaukee to take on the Bucks(33-25) & The Greek Freak. The Pells are going to need everyone to bring their A game as they are trying to climb up from the 8th seed in the Western Conference race.

Coach Al Gentry continues to rely more on the bench than ever before realizing it is key to a post season run.

In other Pelican News

The Pelicans signed G league guard Walter Lemon Jr to a 10 day contract a couple of days after the Allstar break. Lemon Jr 6-3 200 lbs averaged 22 ppg, has the ability to attack the paint & is known as a high flyer. He had gotten a chance to play for the first against Heat going 0-3 0 points with 1 assist in 4 minutes.