Carmelo Anthony goes off on teammate for defensive miscue (VIDEO) 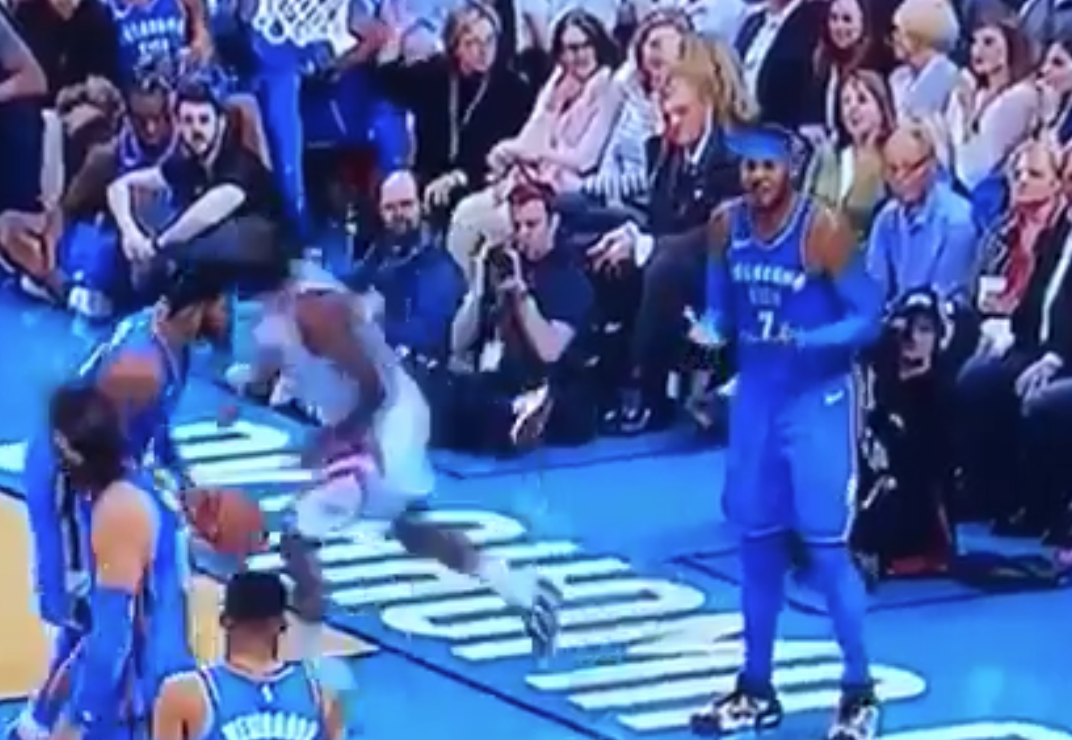 Carmelo Anthony goes off on teammate for defensive miscue (VIDEO)

Carmelo Anthony isn’t really known as a solid defender — in fact, he never was. Melo has always been more of an offensive weapon, which former head coach George Karl even stated in his book, “Furious George.”

Anthony didn’t have any problem calling out one of his teammates for a defensive miscue during Tuesday’s game, though, when James Harden blew by him with ease. Teammate Steven Adams failed to rotate, and didn’t provide any help for Melo, which resulted in Harden getting an easy bucket.

Melo made sure to let Adams know about it afterward, as he was seen chewing out his teammate, with some NSFW language involved.

“WHERE THE F**K WAS THE HELP???” – Carmelo Anthony pic.twitter.com/T7lX7JkFtA

Tell us how you really feel, Melo.