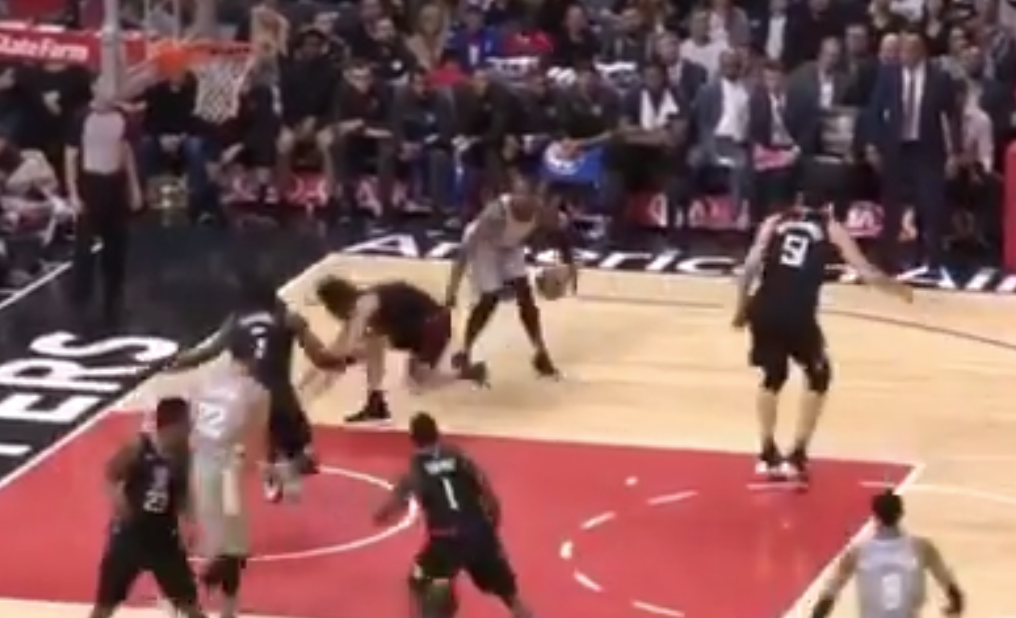 Cavs guard JR Smith is known for his perimeter shooting ability, but he can put the moves on opposing players from time to time as well.

Clippers guard Milos Teodosic learned that lesson during Friday’s game, when Smith juked him out of his shoes. Smith made it look as if he was going to drive the lane, and then used a stepback crossover move to send Teodosic to the floor.

All Teodosic could do was sit and watch as Smith calmly drained a jumper.