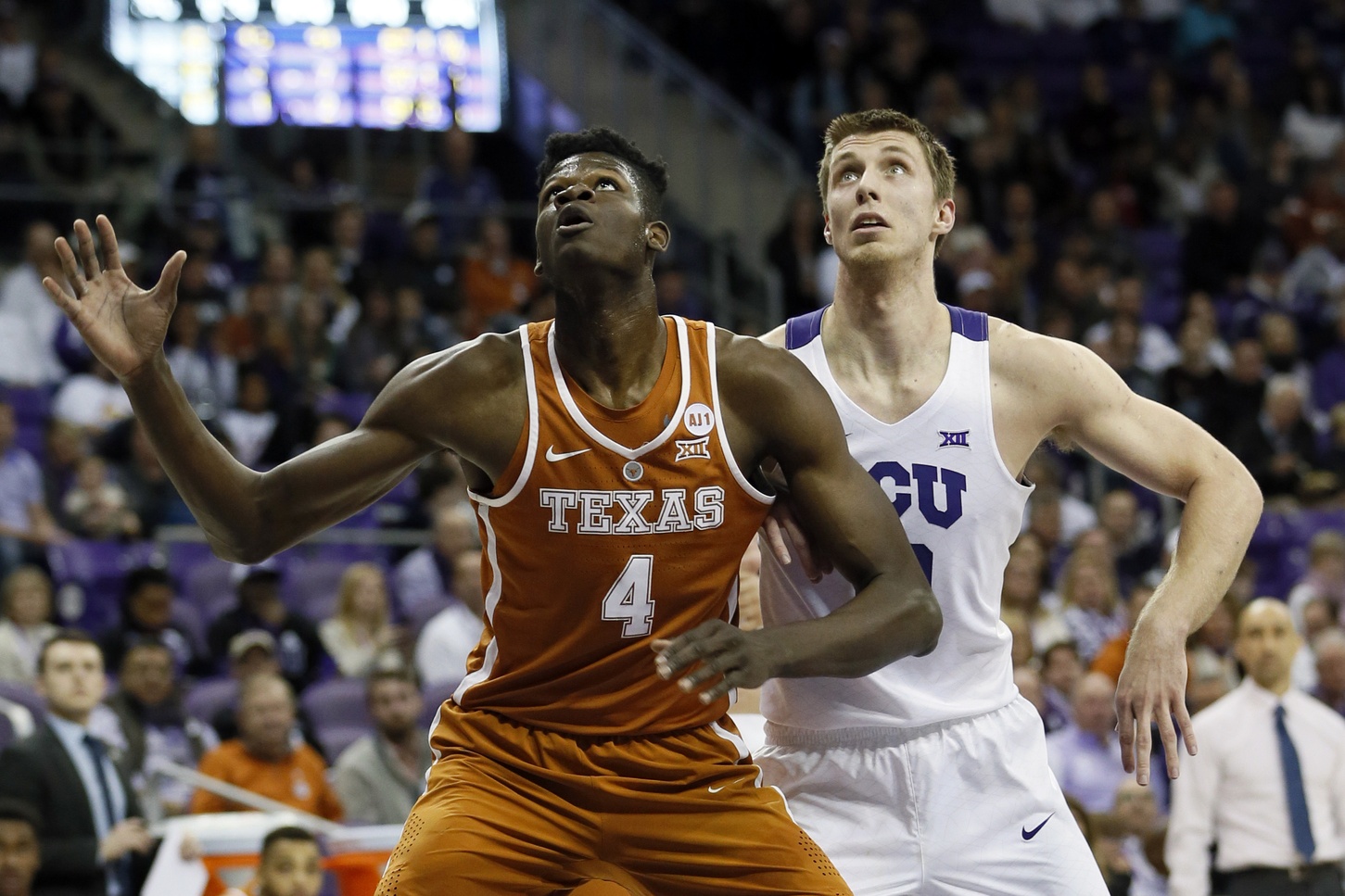 Like every other young prospect entering the professional ranks, Mohamed Bamba’s career possesses a wide range of potential outcomes. His length and shot-blocking are forcing regularly-scheduled Rudy Gobert comparisons. However, we’ll skip the Stifle Tower this time and focus on a few other players with similar skill sets.

First and foremost, there’s a man with whom Bamba shares initials, unthinkable wingspan and the boldness to fire away from beyond the arc. Manute Bol would have a difficult time keeping up against the spread pick-and-roll in today’s league, to say the least. But his willingness, as a humongous human being, to let it fly from deep, was ahead of his time.

Bamba hasn’t been accurate. Still, he continues to shoot when he’s open, and he’s making his free throws at a pretty high clip. His shot is easy on the eyes too. I’m optimistic that he will continue to improve on both ends, and he’ll have more space to operate once he’s in the NBA. Longhorns power forward Dylan Osetkowski is more agile than he looks and will stroke the three, but things should be much easier for Bamba at the next level. Kerwin Roach, a phenomenal athlete and one of the nation’s top defensive guards, hasn’t provided much space for Bamba due to his shaky shot. Bamba basically subsists off of dunks, alley-oops, the occasional post move and perimeter jumpers. Mo also lacks the physical strength, particularly in his lower body, to hold his position against stronger big men. He gets pushed outside of the paint when he tries to post up, and he doesn’t have the cushion for the pushin’ when it comes to boxing out and fighting for interior position. Some of it can be attributed to other areas he needs to improve, such as stamina. With that being said, Bamba is playing over 30 minutes per game, so it’s somewhat understandable that he’s dragging sometimes. The important thing is that when he has enough gas in his tank, Bamba looks like the type of center who could win Defensive Player of the Year awards in the prime of his career.

This leads us to Nerlens Noel, the sixth pick of 2013, who took a step back this season with the Mavs. Don’t forget the name though. Big men who can move as quickly as him, protect the basket and finish rim-runs remain useful. He could still figure it out. He turns 24 in April so he’s still a young center. It almost goes without saying that Noel has a much better chance of breaking out than fellow former 76er Jahlil Okafor, who at 22 years old might already be nearing the end of his NBA road.

Bamba isn’t as quick as Noel, who can jump a passing lane and lead a one-man fast break, but Mo probably has better instincts. Rick Carlisle will be laughing maniacally if the Mavericks manage to draft him (or Jaren Jackson Jr.). Bamba is a menace at the rim, Inspector Gadget if you will. When he’s not winded, Mohamed quarterbacks the defense to near perfection, and he’d be much more willing to follow Carlisle’s strict system than Noel, who prefers to gamble, thus leaving the rim vulnerable.

Since I promised not to delve into the recurring Rudy Gobert comp, I’m one-upping it. With more rings than fingers, Bill Russell is very arguably the GOAT. The second selection of the 1956 NBA Draft, Bill is synonymous with Boston Celtics basketball. Mostly a dunker on the offensive end, Russell did have decent touch for a big man of his era, though his percentages (44.0 FG, 56.1 FT) might suggest otherwise. Bamba has a looooooooooong (that’s 11 o’s, one for each of Russell’s rings) way to go before he truly deserves to be mentioned in the same breath as the original Russ, especially on the boards, where Bill is one of two players (the other is Wilt Chamberlain) to haul in 20,000 rebounds (and more than 20.0 per game) in their careers.

The comparison between Bill Russell and Mohamed Bamba is rooted in the intimidation factor. Russell is remembered for being able to intimidate the best of the best with unbelievable defense, rim-protection and savvy. Even if he didn’t block your shot or steal your pass, he affected it. Even if you scored, you knew he was there, that he’d be there next time, and that next time you might not be so lucky. He might gobble up your next attempt. The goal for Bamba at the next level should be to mimic guys like Russell and Tim Duncan, particularly their dedication to meticulously dominating the defensive end. Opposing offenses can almost always feel Bamba’s presence in the paint, as he does his best to stay within a stone’s throw of the hoop should someone dare to drive. He’ll make even the bravest attacker settle for an outside look on occasion. Of course, Bamba isn’t always positioned well, and sometimes it’s because he’s visibly spent. When he’s at his best though, truly motivated and full of energy, Bamba is an absolute beast on defense. Russell made opposing offenses question their plan to drive the lane. On inbounds passes, Bamba forces the in-bounder to question their own existence, the meaning of life, and what they could have possibly done in a previous one to deserve this. You’d have better luck inbounding over the top of an octopus. It’s downright silly. Another area where Bamba appears to be channeling Russell is his penchant for blocking the ball in such a way that it is recoverable, either by himself or a teammate. Bamba throws a good outlet pass too, another trademark of the brilliant Bill Russell. Moreover, Mo has shown more agility than a man his size has any business possessing. One example of this came on a terrifying dribble-drive and slam dunk against VCU early in the season. If that doesn’t strike fear into your heart, nothing will.

Though not as agile, aware or active as Jaren Jackson Jr., Bamba has elite potential on the defensive end. Unless the Grizzlies move Marc Gasol, Mo doesn’t really fit in Memphis. Sacramento has enough big men, and they definitely can’t count on Willie Cauley-Stein and Bamba complementing each other. After that though, Phoenix, Orlando, Atlanta, Dallas, Cleveland, Chicago, and even New York project as fine fits. Chicago would be much better off with the quicker triple J, but Bamba’s potential at the 5 makes him an intriguing player to pair with Lauri Markkanen. Orlando might be hesitant to add a center given the presence of Nikola Vucevic and Bismack Biyombo — but a future frontcourt of Bamba, Aaron Gordon and Jonathan Isaac is ridiculously long. Bamba’s weaknesses have been under a magnifying glass, but it’s just as easy to see his vast potential. Given the rapidly changing NBA landscape, in particular the shift to small-ball, it’s going to be fascinating to watch as the league evolves. Spoiler alert: there are likely going to be far fewer traditional centers a decade from now. Bamba is one of the most unique prospects of all time, and he will be one of the true projects in the lottery. It may take him years to learn his position and mature physically. Still, I don’t think it’s an exaggeration to suggest there’s a decent chance Bamba becomes the best player from this draft. In terms of ranking the top big men prospects, I have Bamba behind Jackson, but ahead of Deandre Ayton and Marvin Bagley.