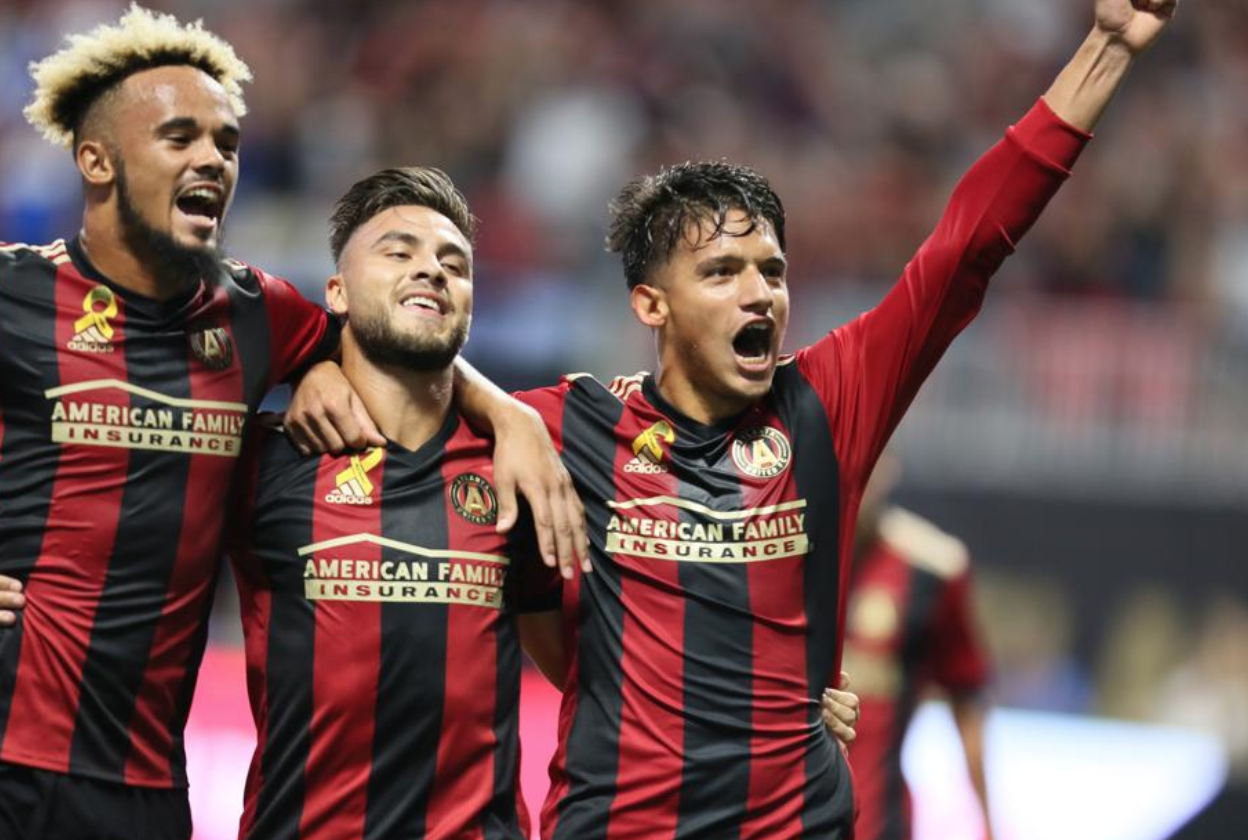 The second week of the 2018 Major League Soccer campaign featured plenty of action, but it’s still too early to analyze where each team is at during the first stretch of a long, grueling season. With nine games having been played this past weekend, most clubs are still trying to find a winning formula as it relates to their starting eleven on the pitch.

But with a high level of parity in each conference, every point figures to be invaluable. Now that the second week of the MLS season has come to a close, let’s take a closer look at what stood out from this past weekend’s matches:

After a surprise win at Seattle last weekend, LAFC squared off against Real Salt Lake on Saturday as underdogs. While this is hardly surprising for a newly-formed expansion team, someone forgot to tell this to manager Bob Bradley’s squad. Holding RSL to a lone goal all game, LAFC ran amok against a veteran team, scoring five goals in a lopsided victory that saw the RSL faithful heading for the exits well before the culmination of the match.

With Carlos Vela as the engine powering the team, this is a squad that is exciting to watch for the entire 90 minutes of a match. Their home venue, Bank of California Stadium, opens on April 29, and the 17,500 season tickets have already been sold out. In the past, Bradley has been known for his cautious and often tenuous approach regarding his game plans, but clearly this team has been engineered differently. Once the Lucky Boys begin to play on their home field, expect the fans to really get behind the team, furthering their case as a legitimate contender.

Normally soccer games are won (or lost) based upon how a team defends, but Toyota Park saw seven goals scored in regulation time in Saturday’s match between Sporting Kansas City and the Chicago Fire. While SKC will be content with earning three away points, manager Peter Vermes can’t be happy with his team ceding their most goals since Sept. 9, 2016. Having given up only 29 goals in 34 regular-season matches last year, giving up three goals in any one match is not something Vermes will be content with.

As for the Fire, while ceding more goals than SKC during last year’s regular season (47), scoring three goals and walking away without a point at home is a disappointment. After overcoming a 2-0 deficit and coming back to take a 3-2 lead late in the game, giving up both the tying and go-ahead goals approaching the 90-minute mark makes one question the fire in their belly.

While talks continue about moving the Crew to Austin, Texas, one would think the play of the team would be affected. After all, the Crew is an original MLS franchise whose owner, Anthony Precourt, has all but confirmed his intent to move the franchise as early as next season, even indicating that his preferred spot for a new stadium is in north Austin. After beating Toronto in their opener last weekend, Columbus returned home in what might have been their final season-opening match at Mapfre Stadium.

And with the #SaveTheCrew movement failing to draw many fans (11,098) for the match, the Crew players showed they are true professionals by beating the Montreal Impact 3-2. Credit manager Gregg Berhalter for having his team focused and ignoring the joint lawsuit by the state of Ohio and the city of Columbus against Precourt for the alleged upcoming move to Austin — while amassing six points in their first two matches as well.

With his team competing in the CONCACAF Champions League, Red Bulls manager Jesse Marsch decided to rest most of his starters, rather than having them play in Sunday’s match against the Portland Timbers. Showing an abundance of confidence in some players who had never even played in an MLS match before, the majority of the Red Bulls’ lineup was comprised of guys who had little experience.

No one really knew what to expect from the Red Bulls, but a goal in the 18th minute from teenager Ben Mines gave New York a 1-0 lead. And while a few starters were inserted into the match in the second half as substitutes, the “B team” of the Red Bulls performed well, giving their starters a well-earned rest in a 4-0 win. The result is even more impressive looking at it in terms of garnering all three points against a veteran Timbers team.

Atlanta lost in Houston by the lopsided score of 4-0 last weekend, which immediately raised questions about whether United had lost its mojo after an extremely successful inaugural season. With their $15 million Argentinian addition Ezequiel Barco still out of the lineup with a quadriceps injury, it seemed that there was some pressure on the Five Stripes to disprove any notion of a sophomore jinx.

They did exactly that, and then some.

With an MLS-record 72,035 fans in attendance for the match at Mercedes-Benz Stadium, Atlanta did not disappoint. The team created chances from the getgo, and started to resemble their dominant 2017 form. As for DC United, who got dominated throughout the entire 90 minutes, and lost 3-1, it looked like last season for them as well, with the team allowing a plethora of quality scoring chances from its opponent. While Atlanta still have room for improvement, especially in its defensive back line, the 16 shots the team took show that it has the firepower to hang with any MLS club.