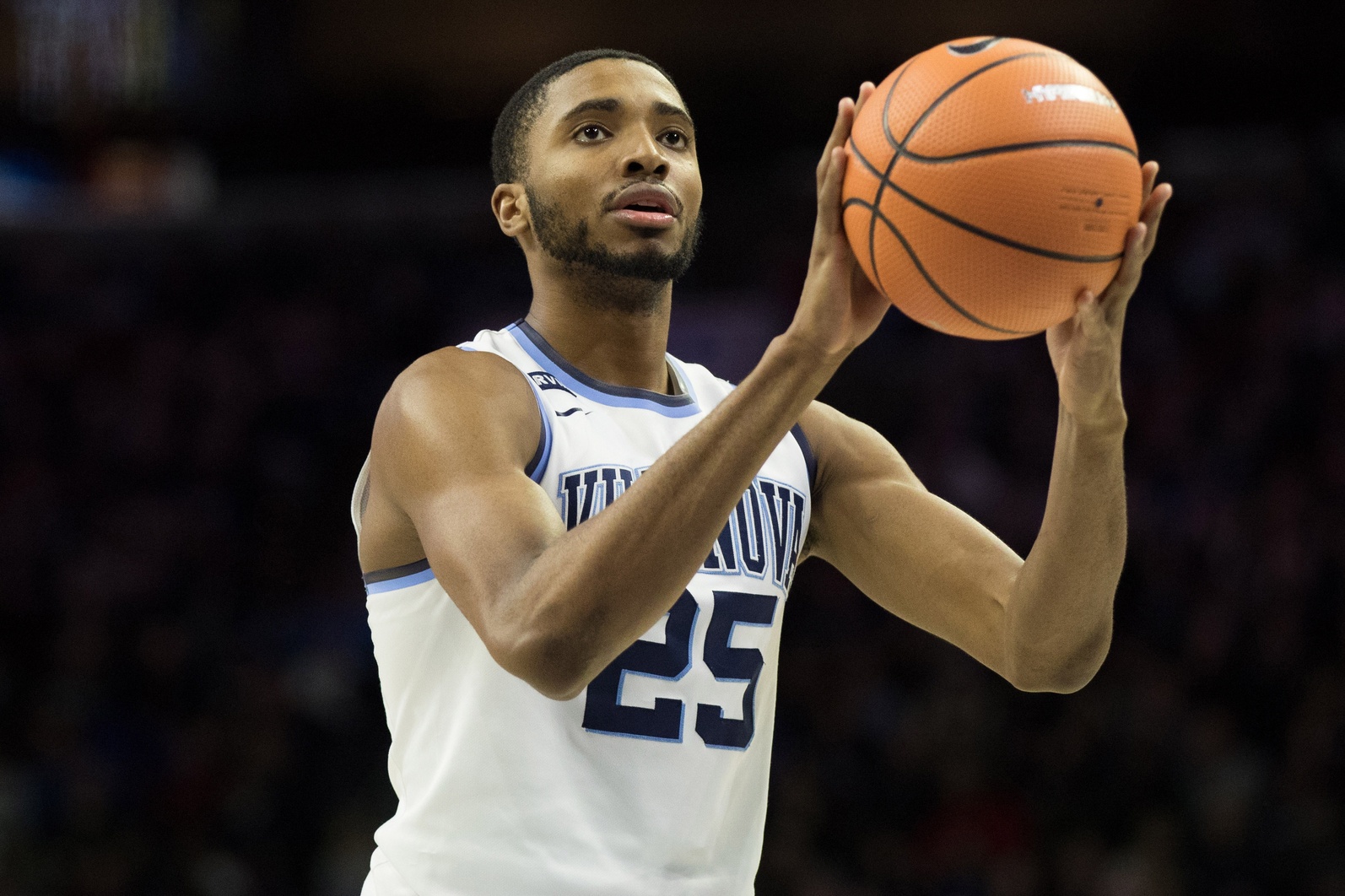 There is no good reason that Mikal Bridges should be available at No. 10 overall in this summer’s NBA Draft. Even in a class as deep as this one, Bridges could easily wind up being a top-five player from it. His athleticism is almost indescribable. Earlier in the season, he brought the house down against Gonzaga at Madison Square Garden with a spectacular drive and smash followed by a chase-down block immediately thereafter. Even if Bridges doesn’t improve his ball-handling or shot creation skills much, he’s a dream prospect along the wing. Mikal’s magnificent athleticism is reminiscent of Rodney Carney, the 16th overall pick in 2006. Listed at 6-7, 205 lbs. Carney was a freak athlete for Memphis during his college days. He never put it all together at the NBA level, but he did dunk on Dwyane Wade.

Bridges combines the size and athletic profile of Carney with a sweet shooting stroke and well-rounded two-way abilities, a-la fellow former Villanova Wildcat wing Kerry Kittles. The former eighth overall pick (1996) could also get after it in the post offensively, something Bridges has worked hard to add to his repertoire. Double K is a forgotten man from those Nets clubs that made the finals in consecutive campaigns (2002, 2003). And you can count Kittles among those who believe Bridges will be better than him.

The baseline for Bridges is probably akin to Robert Covington, Philadelphia’s third-best player (despite all the boos he hears at home). Covington and Bridges sport devastating length defensively and do all the little things, so even when shots aren’t falling they typically still make a positive impact.

Covington will finish an amazing alley-oop every now and then. Still, his most athletic accomplishments are typically reserved for the defensive end. He has gotten better at putting the ball on the floor and making plays, but RoCo prefers to catch and launch from beyond the arc. Bridges projects as a similar, elite 3-and-D wing. Mikal’s ball-handling isn’t as bad as Covington’s either. Bridges will need to fill out his frame in order to stop bigger wings like Covington does. However, the potential for Bridges to be an even better defender than Covington, who is one of the best in the league, is undeniable. The fact of the matter is that for as capable as Covington is physically, Bridges makes him look like a borderline non-athlete in a lot of ways. Bridges will fall asleep on a box out here and like almost every other young player under the sun, is prone to mental lapses on occasion, the former of which led to two put-back finishes for fellow projected lottery pick Zhaire Smith (of Texas Tech) during the Elite Eight. Regardless, Bridges generally shows good attention to detail, and he was seen acknowledging his fault on those aforementioned plays. The first step towards fixing something is admitting you have a problem. Based on his continued improvement under Jay Wright, Bridges projects as a consummate professional willing and able to make improvements in the areas he needs to.

Pity the rest of the NBA if Mikal Bridges somehow falls into Philadelphia’s lap at No. 10 overall (via the Lakers). There’s not a single team in the association that Bridges couldn’t help if he joined them tomorrow. Even if there are some wing rotations that he wouldn’t crack as a starter on day one, he’d still be one of the first men off the bench. Bridges is a guy who should be able to cover at least four positions, and he could have enough length, leaping ability and awareness to operate as the 5 in short spurts if he can fill out his frame over the next few years. As one of the few wings projected to land in the lottery on draft day, it shouldn’t be a surprise if Bridges is selected over at least one of the big-name big men slated for the top 10 this summer.