Pels Guard Ian Clark To Miss 5-10 Days Due To Injury, They Sign Guard Jordan Crawford Back 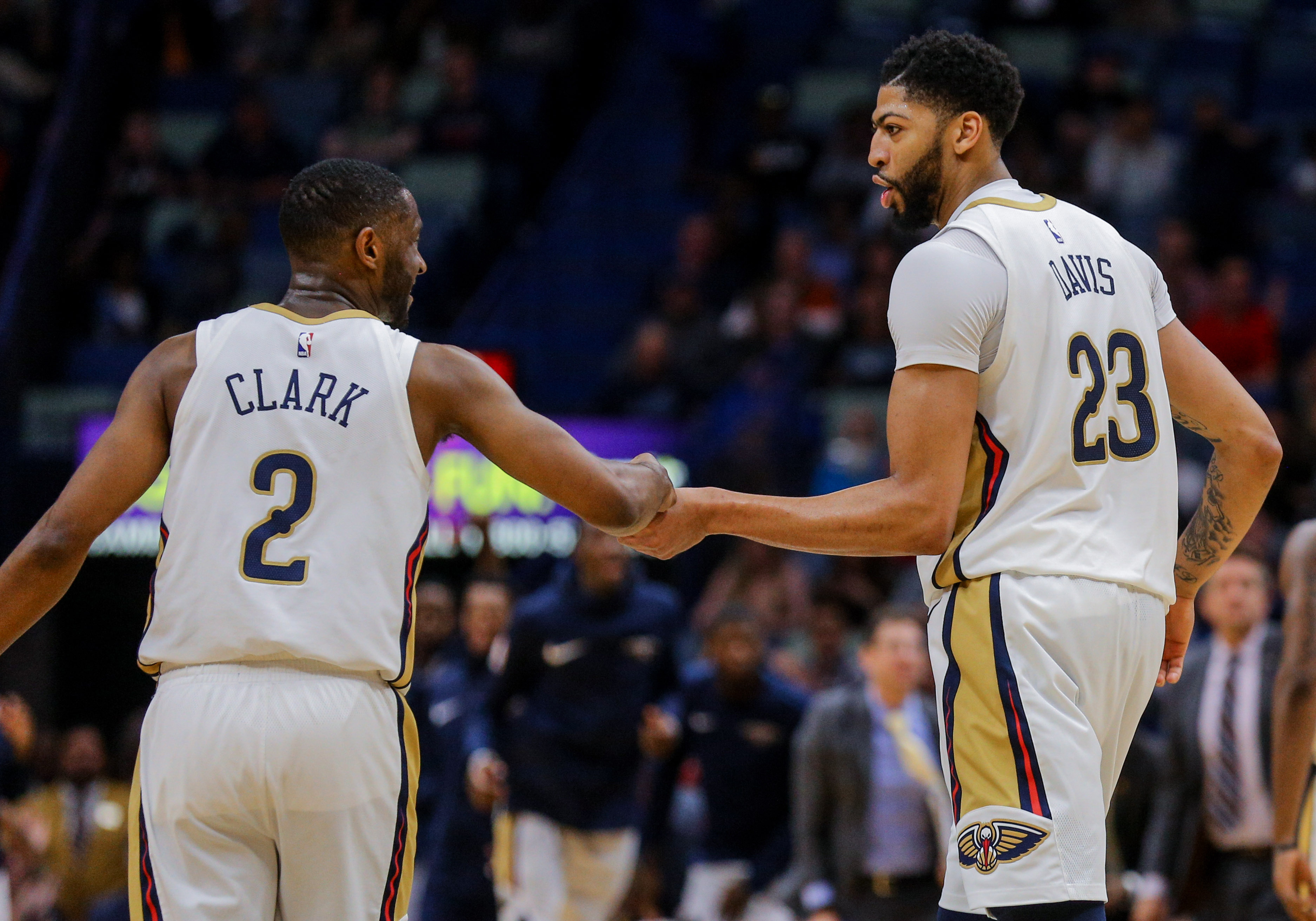 Pels Guard Ian Clark To Miss 5-10 Days Due To Injury, They Sign Guard Jordan Crawford Back

The New Orleans Pelicans crushed the Memphis Grizzlies 123-95 to stop a four game losing streak Wednesday night at The Smoothie King Center. The win was much-needed but in the process the club will lose key reserve guard Ian Clark for 5 to 10 days with an injured right ankle.

The injury happened in the second quarter when Ian Clark attempted a lay up then landed awkwardly and had to be helped to the locker room. Clark left the game with 5 points 3 steals in 11 minutes of play. Ian Clark is averaging career bests with points 7.3 & minutes  19.4 a game.

The Pelicans in reaction signed 6-4 inch guard Jordan Crawford. Crawford who was with the team for 21 games during the 2016-2017 season averaged 14 ppg for New Orleans. Jordan earned the nickname “instant grits” for his propensity to score in bunches. His ready-made offense is just what the Pelicans bench need going forward & he should play in Fridays Phoenix match up.

Crawford will be wearing number 27 for New Orleans according to reports.

In other injury news Pelicans rookie guard Frank Jackson who missed the entire year due to multiple surgeries on his broken right foot is still rehabbing & should be good to go for summer league.

The Pelicans back up center Alexis Ajinca who also has had multiple surgeries, the last one happen late month and will side line the 7-2 inch center for the entire year. This most certainly will end his tenure with the team, being that he’s a free agent after this season.

The good news is DeMarcus Cousins is rehabbing very well and should be ready to go next season. The Pelicans next order of business after the playoffs will be securing Cousins contract for the next 5 years.