Blooming And Booming (With Apologies To Clyde Frazier) 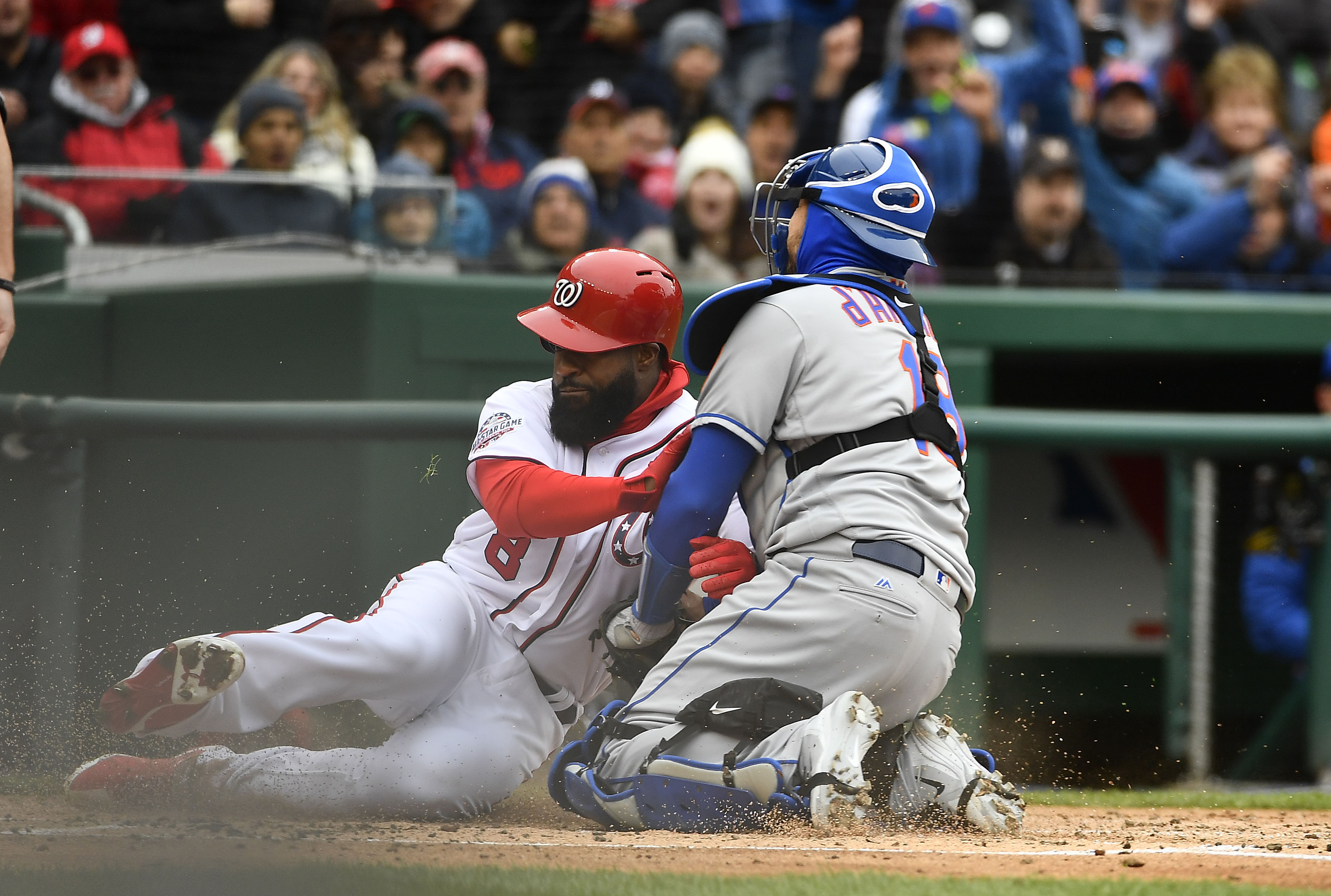 Blooming And Booming (With Apologies To Clyde Frazier)

But there’s something very intriguing about this team from the manager on down. You were intrigued too during Saturday’s 3-2 victory over the Nationals in Washington. The Mets were intriguing in April of 2015 as well as they took two of three in Washington to open the season, then ripped off an 11 game winning streak starting that second week.

This is a little different. This seems like a team firing on all cylinders rather than a team that was getting by on some divine intervention and a favorable schedule. 2015’s start, as much of a hint of what the team could be, was all but wasted as the team sunk back to .500 before the much needed trade for Yoenis Cespedes.

This team seems more complete, winning as a result of what was done in the off-season, what is being done from the manager’s office, and what’s being done on the field. (Okay, they got a little help from Marty Foster inexplicably ejecting Anthony Rendon for flipping his bat and having a sour puss … although some personal feelings might have come into play there.) And that’s something that’s easy to forget. Callaway will get all the credit in the world, and he deserves it for his unique and effective use of the bullpen late in the game. But the players have to perform. After Jacob Rhame got Matt Reynolds in the eighth inning, Callaway made the right move by putting in Jerry Blevins to face Bryce Harper. No brainer, right?

But Blevins walked Harper (most likely getting squeezed by Marty Foster in the process), and Callaway had to depend on Jeurys Familia to get a five out save. Nothing Callaway could have done or actually did would have mattered if Familia couldn’t get he job done. But he did, and deserves the lion’s share of the credit. As does Juan Lagares, in the lineup because of his lifetime lineup against Gio Gonzalez as noted by me in our pre-game notes, done my me for the first time. (Also noted was that Matt Reynolds was in the ballpark, and thanks to Marty Foster he got to play. You don’t get this kind of lucky analysis anywhere else, kids.) Lagares had the key play in the game as he chucked out Brian Goodwin at the plate in the third inning. Why anybody runs on Juan Lagares, I’ll never understand.

This is what a 235 feet on the fly looks like from a Gold Glove center fielder. #Mets pic.twitter.com/XjwMMQoRfy

Steven Matz was good too, better than he was in his first game. Five innings, three hits, two walks and one unearned run is a huge jump from what he had last week. And eight strikeouts to boot makes it all that much better. He threw a higher percentage of strikes this time, though that might have been a by-product of not having to deal with CB Bucknor and his moving target. (I know that’s of no comfort to Anthony Rendon and Dave Martinez, but there’s nothing I can do about that.)

Also give credit to Travis d’Arnaud, Asdrubal Cabrera, and Todd Frazier for driving in the three runs. Cabrera in particular was productive from the leadoff spot with two hits, a run and a ribbie. File that one under “everything Callaway touches” … as with Lagares in the game instead of Nimmo, somebody had to bat leadoff, Cabrera, a lefty crusher (remember that next time, Mike Matheny), was as good a choice as anybody at that point, and that decision spun some gold.

(Hansel Robles came down to earth a little bit as he gave up a dinger to Bryce Harper. But if you put both of their strat-o-matic cards together, that’s probably a home run half of the time anyway.)

In short, I don’t know if any tones were set or messages relayed. I’m sure the Nationals aren’t quaking in their boots quite yet. But there are some people that should take notice of this. My notice has been received. Perhaps some of the national media can take notice, and maybe their day will come tomorrow as Alex Rodriguez gets a close up look on ESPN tomorrow night.