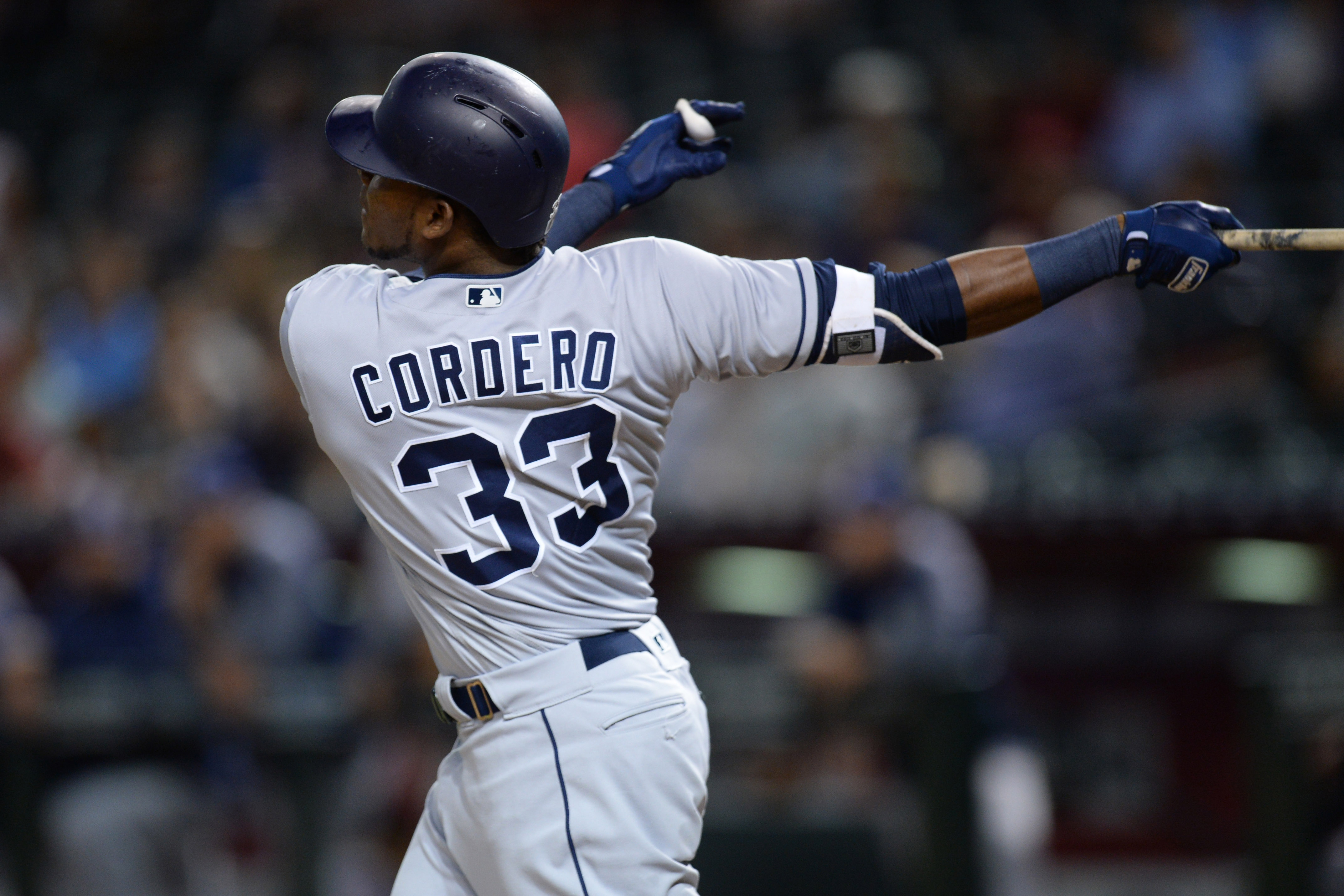 Cordero came to the plate in the fourth inning of the team’s game against the Diamondbacks, and he blasted a pitch from Matt Koch off the scoreboard.

Franchy Cordero tried to hit this one into oblivion. 489 feet later, he pretty much did. pic.twitter.com/WGthlTgBgU

Franchy Cordero has hit a 489-foot home run all the way up the scoreboard in Arizona. 116.3 mph off the bat. It's the longest homer in MLB this season. It's the #Padres' longest since #Statcast's intro in 2015. It's the 10th-longest home run hit by anyone since 2015. pic.twitter.com/HLxEHy8OiI

Cordero has a lot of pop for an outfielder. That blast was a moon shot.