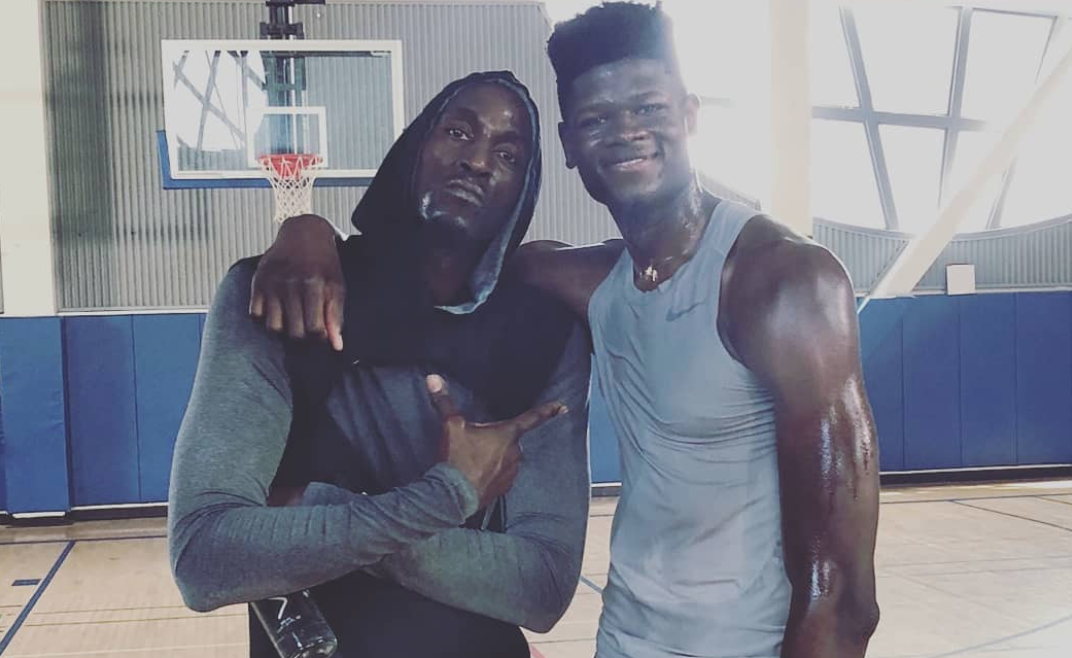 The 2018 NBA Draft is just around the corner, as it’s set to take place in roughly five weeks, which has fans excited for what’s to come.

As for the prospects, though, this is the time they’re putting in as much work as possible to get in peak shape, and are also participating in private workouts with teams.

Texas product Mo Bamba is one of the most intriguing prospects in the draft, and he’s doing all he can to make sure his stock is as high as possible. That’s why he recently worked out with Kevin Garnett — one of the best big men to ever play the position.

The two have a similar physique, and they’re both 6’11,” so it makes sense that Bamba would work out with KG. The Timberwolves legend has such a high basketball IQ and would be a great player to learn from.