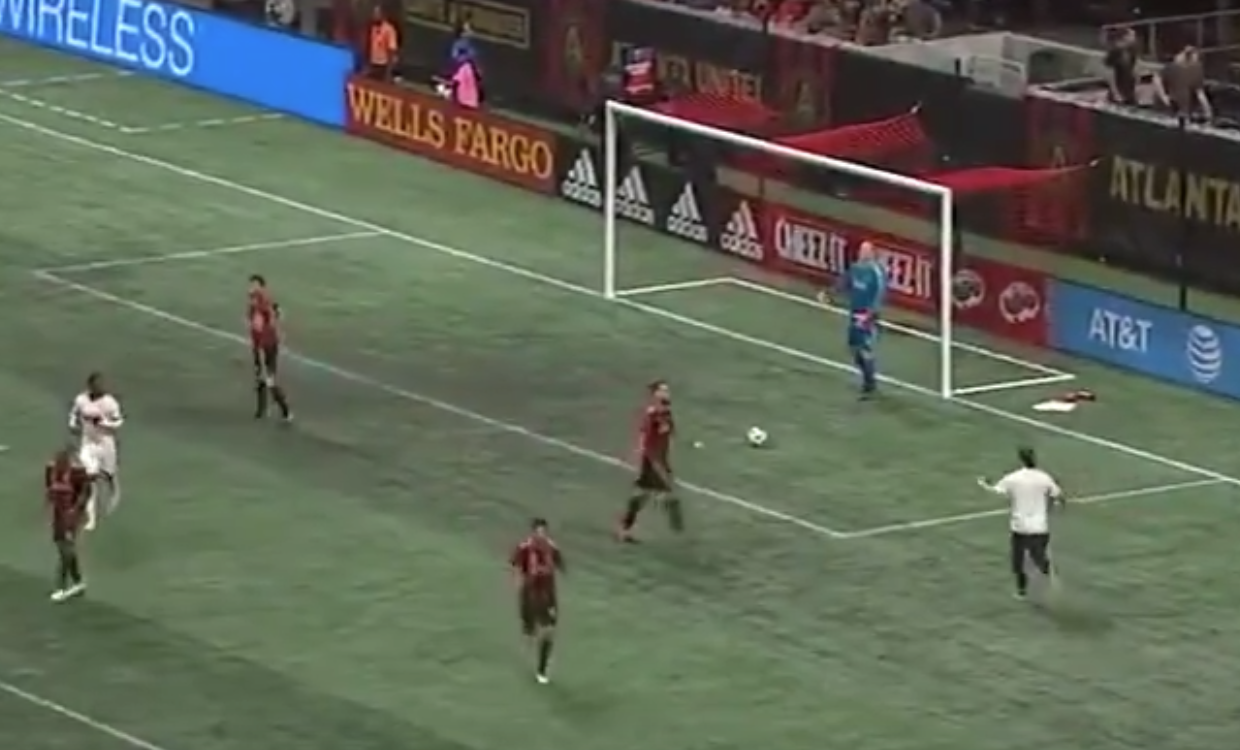 A fan did his best to get noticed during the match between the New York Red Bulls and Atlanta United at Mercedes-Benz Stadium on Sunday night.

The Red Bulls dominated the second half, outscoring their opponents by two goals, paving the way for a 3-1 victory.

That didn’t go over well with one particular fan of the home team, who attempted to feel better about the result by running onto the field after a corner kick. The fan even kicked the ball, in an attempt to score, but was denied by Red Bulls goalkeeper Ryan Meara.

Fan runs on the field in Atlanta during a corner, fails to score pic.twitter.com/MYhZc41dnT

Meara was having none of that.