It's time to end the Austin Meadows-Gregory Polanco situation 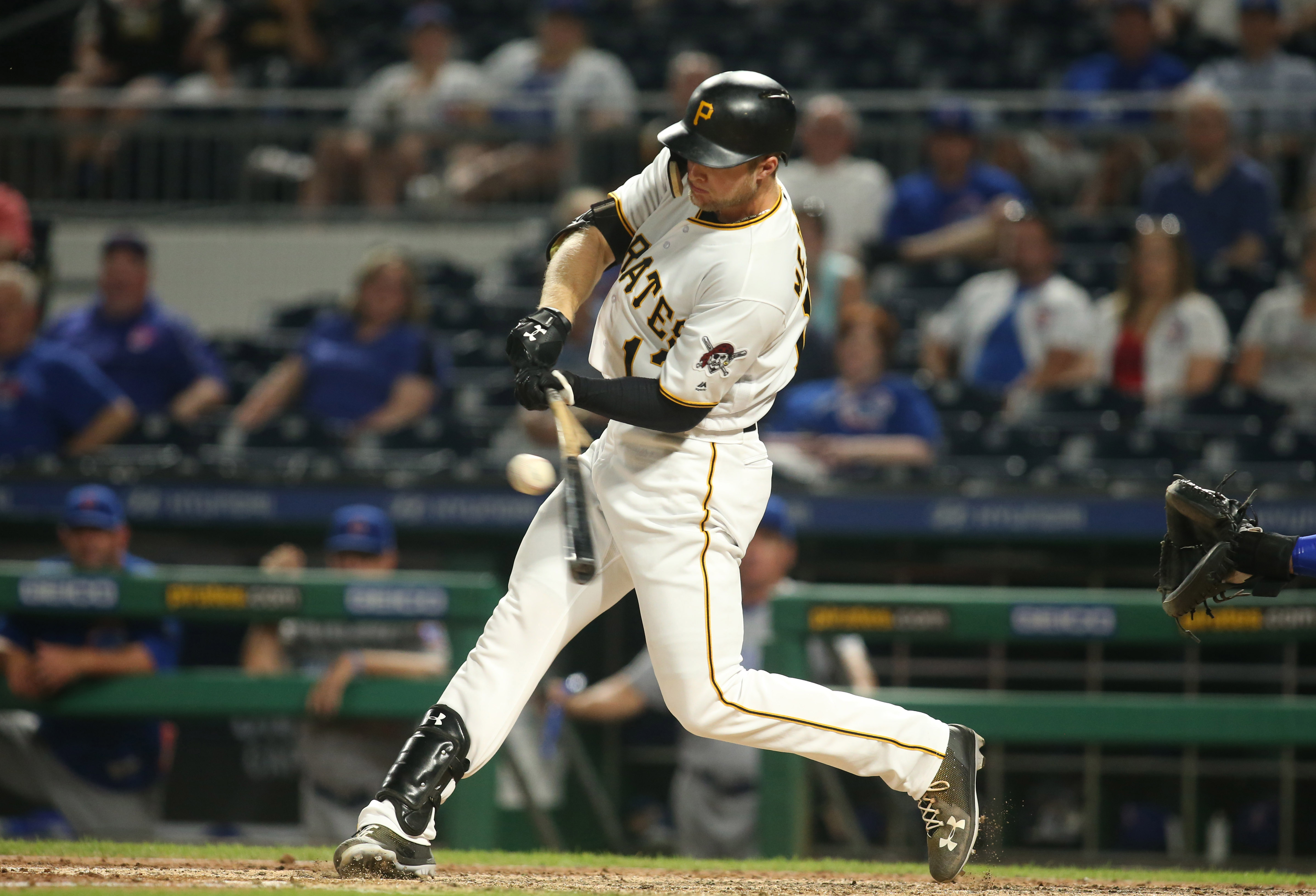 It's time to end the Austin Meadows-Gregory Polanco situation

Pittsburgh Pirates rookie Austin Meadows crushed his fourth homer on Tuesday in the Pirates 8-6 loss to the Chicago Cubs.

It came off a quality left-handed starter as well in Jon Lester.

It’s only been 41 plate appearances in his young career, but now is the time for the Pirates brass to end this Austin Meadows-Gregory Polanco situation.

They can do so in seven simple words.

I’ve tried to give Polanco the benefit of the doubt here, but it’s getting difficult to do.

With a team that is in freefall at the moment, one of the few bright spots has been Meadows.

He carries a wRC+ of 246 and has a hard contact rate of 41.0 percent compared to just a 12 percent soft contact rate.

He’s only struck out three times so far and perhaps the only knock I have on Meadows is he hasn’t drawn a walk yet at the MLB level and that’s just nitpicking.

In 11 career games, Meadows may be the Pirates best pure baserunner and he has been very good defensively as well.

There’s no reason why his name shouldn’t be in the lineup every day.

This Can’t Keep Up Forever

Of course it can’t.

The league will figure Meadows out like they do every other young guy that’s come up before him. It’s just a matter of how Meadows adjusts and punches back that will ultimately determine what kind of major league player he will be long term.

The one pause I have over gushing over Meadows is while everyone has also penciled him in as a potential 30-30 guy, he’s never put up those kind of numbers in the minor leagues.

Injuries have had a lot to say about that, but when’s he’s been healthy Meadows hasn’t produced like this in the minors.

Meadows is going to cool down soon so enjoy the ride while you can.

The interesting part is what happens after his first slump.

Regardless of when that comes though, he’s still the better option of the two to play regularly in right field.

The Pirates will not turn their backs on Polanco.

He will be given every opportunity to prove he’s worth his contract.

That’s just how it is.

He only has a base salary of $3.5 million this season so by some standards he’s already provided value on that number. It’s looking ahead to 2020 and 2021 when Polanco’s base salary jumps to $8 million and $11 million respectively that the Pirates are going to have a problem with.

They aren’t going to pay him that money to be a bench player.

But for now, isn’t the goal to put a lineup on the field that can win ballgames?

It should be and that means a Corey Dickerson–Starling Marte– Meadows outfield should be written in nine out of 10 days.

The past week with Meadows breathing down his neck, Polanco managed just one hit over 21 at-bats while striking out nine times.

Even worse, Polanco hasn’t driven in a run in over two weeks.

The guy just needs confidence and he doesn’t have it right now.

He’s been pretty unlucky too as he sports a .233 BABIP. His previous MLB low was .272, which goes to show things just aren’t going his way.

Polanco isn’t, nor should be the fans whipping boy for all of the teams’ struggles.

Fans want Polanco sent to the minors to work things out and while that may be an option it also likely won’t help.

I disagree with the fact that they won’t send him down because of his contract.

They did it to Jose Tabata, so why not Polanco?

I agree with Neal Huntington though in terms of Polanco’s not going to get better facing Triple-A pitching.

However even if for a week, it could be good for his confidence to just go down and collect some hits.

Don’t forget that part of it.

It’s a matter of getting that talent to come back out on a consistent basis, which has been a huge problem.

Since July last season, Polanco is hovering around the Mendoza Line.

I’m not big on using batting average to compare players, but if anything it shows Polanco’s struggles are hurting the team.

While he may look like a clown in right field on a daily basis, athletically he can be just as gifted as Meadows.

Defensively though it’s not close.

That’s just not going to get any better.

If the goal is winning games, Meadows is an automatic upgrade defensively and on the base paths.

Polanco still leads the team with eight homers and 27 walks.

The walks are big as he needs to get back to being patient at the plate and drawing walks.

Polanco has drawn just six walks in the month of May and hasn’t walked since May 15.

That’s a big part of what brought him success to begin with.

He has to find a way to get back to that approach and sending him out there a bunch to figure it out isn’t the way to fix things.

The Pirates need to take a step back with Polanco and realize that the most important thing here is to win games.

They are a team spiraling towards rock bottom the past couple of weeks.

To get out of it they need to put their best lineup on the field mostly every night.

And that means starting Meadows in right field every day for a long stretch.