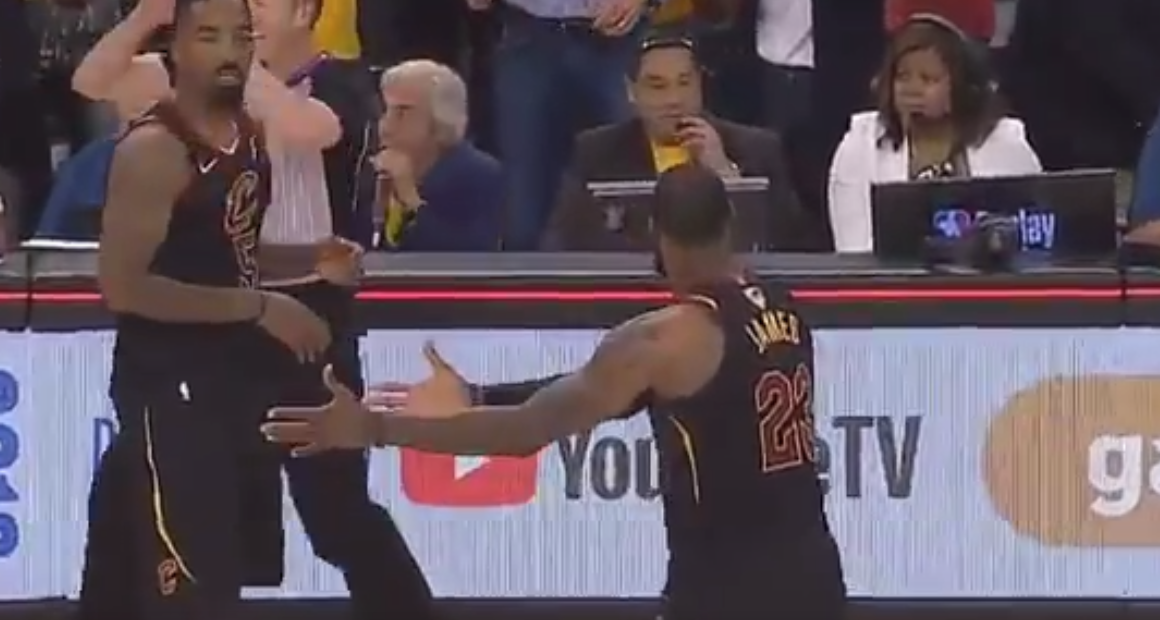 JR Smith has treated fans to some hilarious moments over the years, both good and bad.

Smith has been known to take incredibly awful shots, from virtually anywhere on the court, and he’s also been known to put cheap hits on his opponents.

But, most importantly, he’s had some boneheaded plays, but none of them were as costly as the one he made on Game 1 of the NBA Finals on Thursday night.

George Hill was at the line shooting a free throw with under five seconds left, and the game tied. He missed, but Smith went up and hauled in the rebound. For some reason, he dribbled back out until the final seconds ran off the clock — rather than shooting!

Smith clearly thought the Cavs had the lead at the time, and to not know what the situation was in an NBA Finals game — that just can’t happen.

LeBron James was clearly not happy with him.

When your teammate is high AF and you don't even know what to say to him pic.twitter.com/8VilTcsTOI

That play may have completely swung the momentum in the 2018 NBA Finals.