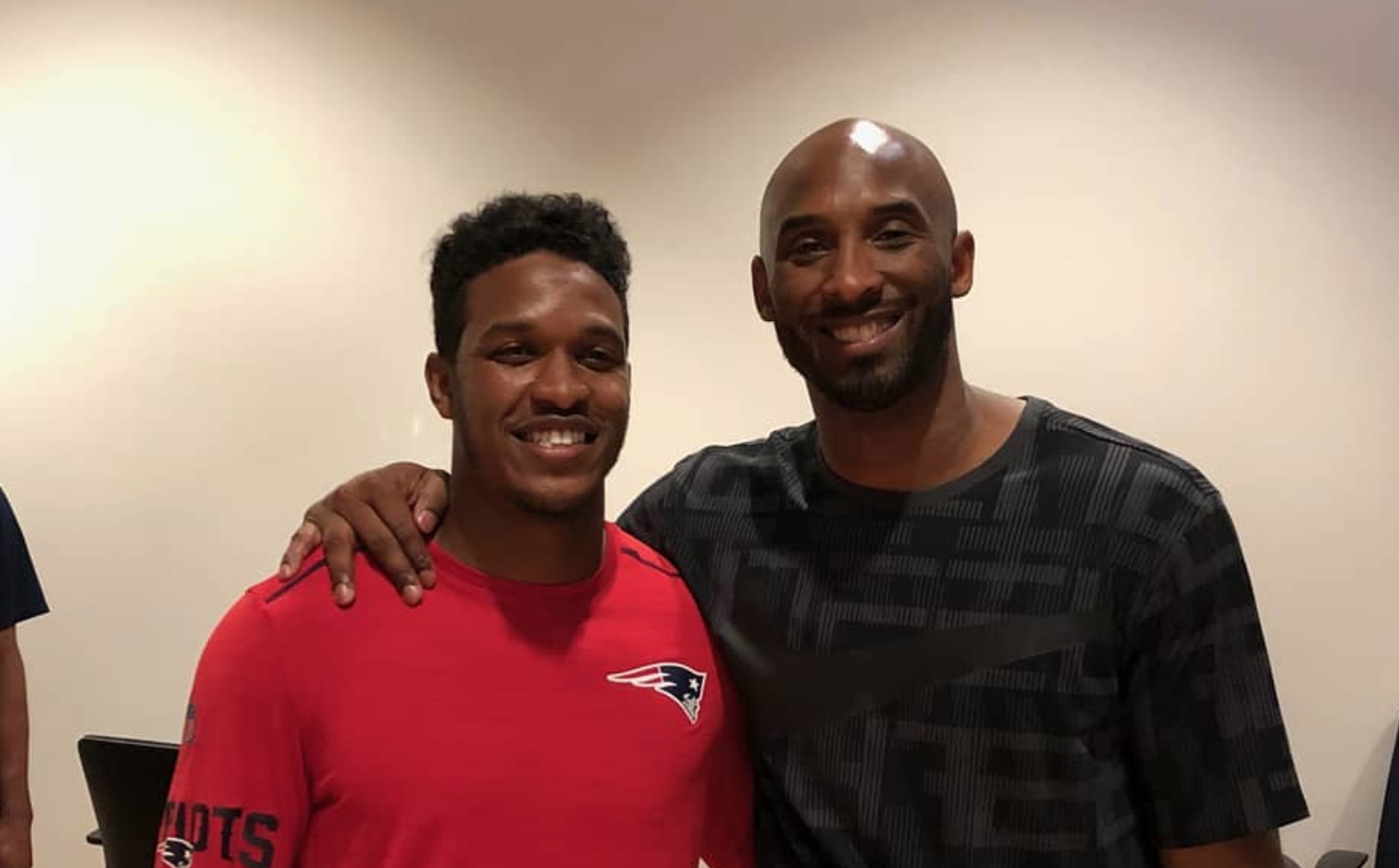 It’s no secret that Lakers legend Kobe Bryant is a diehard Eagles fan, but he found the time to come see how one of the top organizations in football practices this week.

Bryant hit up Patriots OTAs at the Patriots training facility in Foxboro on Wednesday, where he was just “hanging out and dropping some knowledge,” according to ESPN’s Mike Reiss.

The Black Mamba hung out with the Patriots players and snapped some photos with cornerbacks Eric Rowe and Stephon Gilmore, as well as a few others.

Kobe Bryant was at Patriots' OTAs this week. pic.twitter.com/utVIKo8pNw

Bless to learn from a legend #blackmamba🐍

It’s interesting that Kobe mostly hung out with the DB corps. Is he more interested in guys that suit up and play in the defensive backfield? In looking at technique, cornerbacks do use a similar stance to basketball guards, and athletes that play those respective sports do share the quality of keeping their hips open and being able to move well laterally. Maybe Kobe gave them some pointers.