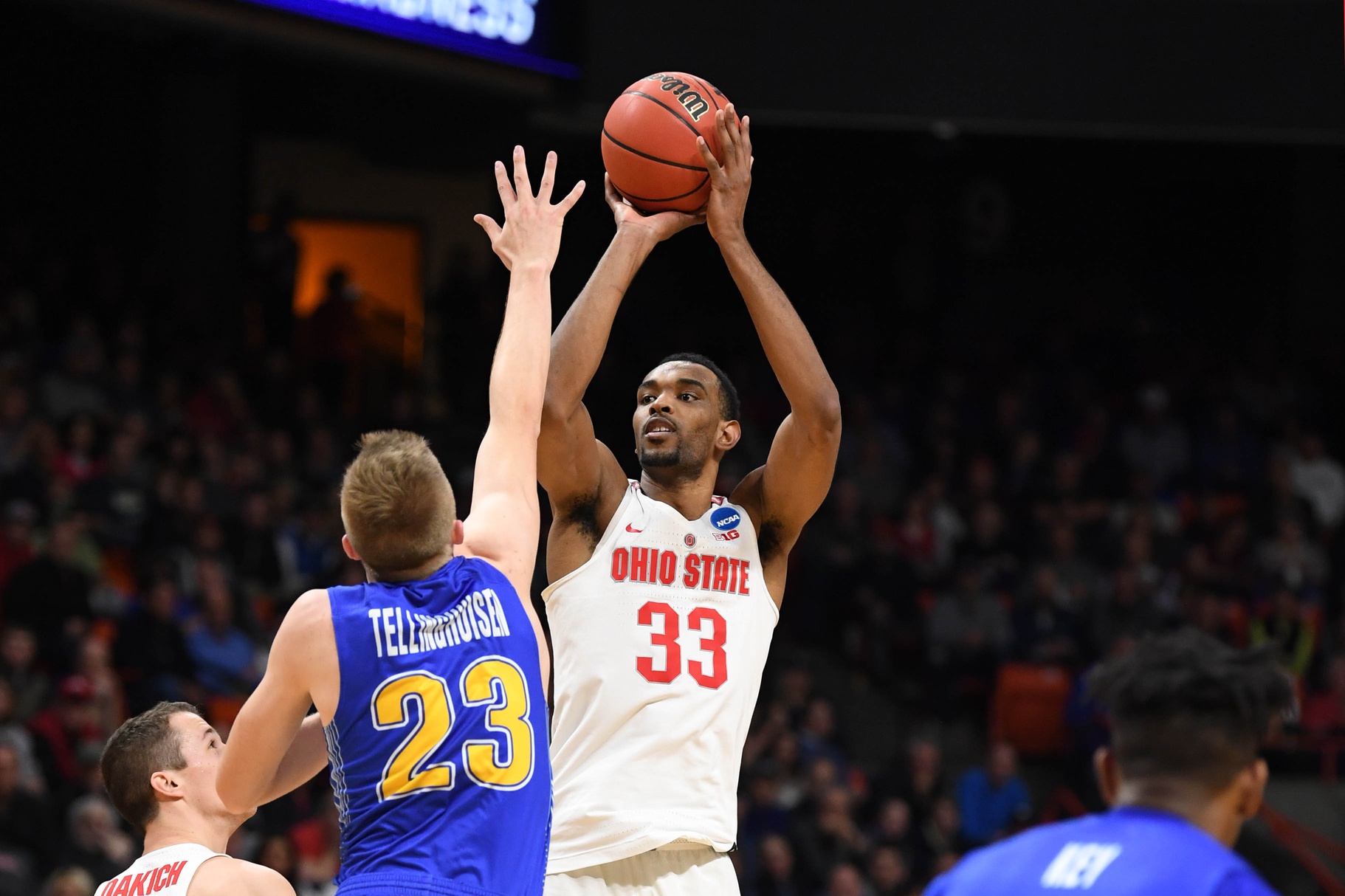 Let’s start off with the obvious reasons that NBA teams will be salivating over KDB’s physical package. He is a tall, long, skilled wing with multi-positional defensive flexibility and excellent rebounding instincts thanks to that juicy 7-3 winspan. I would not call Keita an explosive athlete. His muscles aren’t fast twitch, which is why he relies on his length, instincts, and IQ reading the game very well. I really like the idea of him developing into a Mbah a Moute type elite defender if his offense doesn’t translate to the league. At Ohio State he was given a heavy offensive load, flashing impressive post-up skills and the ability to finish at the rim with both hands. I don’t expect him to do too much damage in the NBA against bigger, stronger, faster athletes. This is where his shooting will need to improve. He shot the college three-ball decently and made 36 percent of his six attempts per game – very respectable. But I’m not sold on his stroke or ability to stretch to the NBA line. If he does develop legitimate floor spacing ability, his value in the league will shoot up.

NBA teams looking to draft KDB will have confidence that as a developed 22 year-old he can be an immediate impact player on defense. His physical profile is very similar to Maurice Harkless, and there is reason to believe he can step into a lineup with similar effectiveness as a rookie. We often overlook good defensive players when they don’t exhibit fantastic athleticism and ignore their length and instincts. Look at how Daryl Morey collects tough high-IQ defender: Tucker, Mbah a Moute. KDB can be a difference maker by maintaining defensive principles and taking advantage of his length. Switching out on elite point guards will be a steep learning curve for any wing prospect and KDB will surely get smoked plenty of times. He isn’t a natural guard defensively like Frank Ntilikina. His immediate value will be as a long body in the restricted area with the ability to contest out the arc.

KDB projects as a mid-late first round pick for a team looking for a rookie that will be ready to step in and contribute on both ends of the floor. Shooting consistency is the major concern with Keita, and that will determine whether some team falls in love with his package in the teens or he drops to the late 20’s. The first spot in the draft where I think a team should really target him is the Bucks with the 17th pick. I really like the idea of Giannis surrounded by either Middleton or KDB at all times with another shooter to space the floor. Imagine that length! The Lakers should really consider snatching him with the 25th pick. It feels like a decade now that the purple-and-gold have lacked two-way talent. Funny thing is that KDB could actually provide what they had hoped Luol Deng was going to be when they signed him to that bloated deal. If Bates-Diop keeps dropping, imagine the Warriors stealing him to use him as an Iguodala-lite during the regular season.