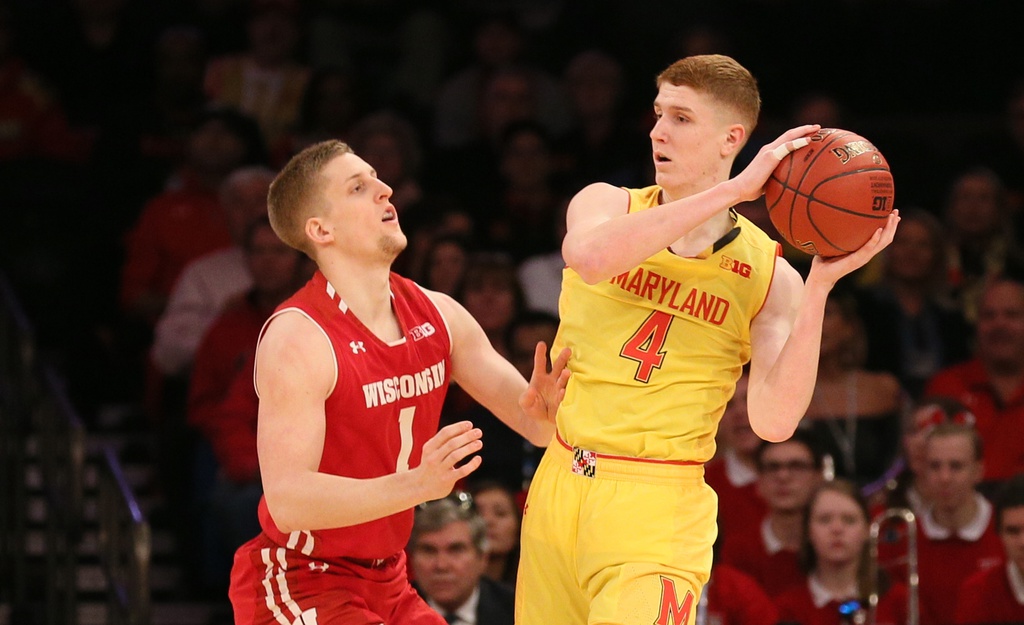 Huerter was the darling of the draft combine for good reason. His physical profile matches up with Klay Thompson, and 6-7 shooters are offensive weapons that unlock all the secret compartments of NBA offenses. At Maryland, Kevin’s solid scoring production of 15 points per game on 50/40 shooting splits went under the radar. Concerns about whether he would look out of sorts in lineups filled with NBA prospects were addressed with resounding success, as he stood out rather than fading away at the combine. His shot will translate to the next level. The mechanics are fluid, the release is high, quick, and smooth, and his height will allow him enough space to get the shot off. Kevin’s value in the offense increases exponentially if he continues to develop as a three-level scorer and creator. The signs have been positive over the last 12 months. In his sophomore season he took on the secondary playmaking role and sported 3.4 assists to 2.5 turnovers. Tightening up the handle and cutting down on the turnovers will go a long way toward transforming himself into a swiss-army knife offensive weapon.

After reading me sing his praises, you may wonder why Huerter isn’t considered a lottery prospect? The answer is simple, albeit stereotypical for his player archetype. Kevin lacks elite athleticism, the first step to blow past elite NBA perimeter defenders – and will need to prove that he won’t get exposed on defense. His lateral footwork is just adequate and without fast-twitch muscles or physical strength to body forwards, expect teams to attack him mercilessly. His wingspan isn’t doing him any favors either. I wouldn’t expect a ton of steals on or off the ball and he won’t protect the paint vertically. With a solid floor due to his height and scoring ability, any progress Kevin makes on the defensive end with NBA coaching will go a long way in determining where he takes his career. Gym gains to fill out his lean frame will go a long way in his making strides on defense, as long as expectations remain realistic. A transformation into the excellent individual defender that Klay has become is unlikely. On the bright side, Huerter will still be a teenager when he hears his name called on draft night, so expect plenty of room for improvement.

Huerter projects to be a safe pick in the 20’s of this draft class. Spacing the floor will come naturally and NBA teams will be able to give him playing time immediately. I could see the Spurs being aggressive and taking him with the 18th pick. Popovich’s team might be in flux for the first summer in a long time, and a sensible player that fits seamlessly into their system makes sense. The Wolves at 20 would be wise to consider the spacing Huerter would provide for their stars (Jimmy Butler and Karl-Anthiony Towns). Honestly, he is probably a better fit with Butler and Towns than Andrew Wiggins has been so far. If he drops to the Jazz at 21, I really like the idea of him playing off Rubio, Mitchell, Exum, and Ingles. He is a much better fit in both the Jazz’s starting and bench lineups than drive-first wing Alec Burks.